"Crime and Punishment in Suburbia"

Even dressed up in tabloid lighting and cut with jagged edits, this pulp nihilism never goes beyond daytime TV banality. 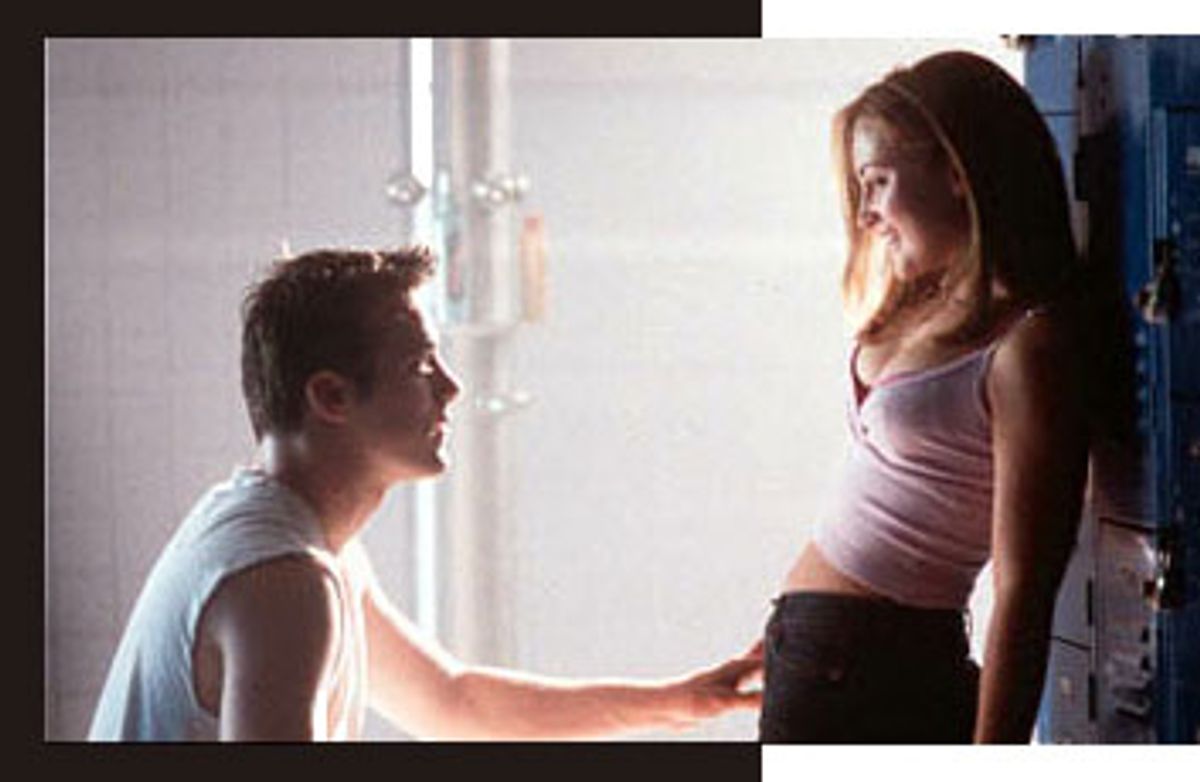 "Crime and Punishment in Suburbia" will fade from theaters and memory so quickly that it hardly seems worth the time and energy to slam it. But while it's got the nerve to show itself on movie screens, something needs to be said, if only for the benefit of the poor souls who still might stumble into it.

Everything you need to know about this loose, loose appropriation of Dostoevski's novel is contained in the cheap irony of its title -- the name of a classic followed by the incongruous and belittling "in suburbia." Director Rob Schmidt and screenwriter Larry Gross share the "American Beauty" view of the suburbs: the contempt of people who've never been there marketed for the people who'd never deign to go.

But "American Beauty" was an upscale imitation art-house picture. "Crime and Punishment in Suburbia" has grubbier roots. It's being released by a major studio (United Artists) but it springs from the indie school that has absorbed the shock techniques and pulp nihilism of exploitation movies and recycled them in arty dressing. Here, the trimmings include vaselined lenses so that the edges of the picture are blurred; stark, tabloid-style lighting; different film stock and projection speeds; and jagged, "distressed" editing.

The Raskolnikov figure is Rosanne (Monica Kenna, who looks like a younger, scared Alicia Silverstone), a high school girl with the requisite jock boyfriend (James DeBello), fancy suburban house and dysfunctional family. Her mother (Ellen Barkin) is having an affair with a bartender (Jeffrey Wright, so spectacular in "Shaft" and utterly wasted here), and her stepfather (Michael Ironside, chewing even more scenery than he normally does) is an embittered drunk who finally takes out his frustrations on her. Rosanne doesn't plan his murder out of some thwarted philosophical bent, as Raskolnikov does, but out of fear and anger. And when it comes, via an obviously planted electric carving knife, Schmidt goes into splatter movie overdrive.

Ultimately, the movie wants to be the story of a murderer's redemption. Which I guess is supposed to make you forget the preceding 90 minutes that play like a primer on just what foul slugs human beings are. The closest "Crime and Punishment in Suburbia" gets to its source is that the filmmakers seem to share Raskolnikov's view about the innate inferiority of some human beings. The school kids here are stoners and bitches, and the authority figures predictable brutes, authoritarian martinets or ineffectual do-gooders. Schmidt pulls out all the stops in the big pep rally sequence, shot to look like -- gasp! -- a fascist rally. (Find me one smartass high school kid who hasn't made that joke.)

This is the type of movie so predictable in its contempt that we know it will only be a matter of time before the football coach addresses the team members as if they were soldiers going into battle ("The enemy wants to humiliate you! Steal your village, your women, your cattle!!" Your cattle? Where does he think he's coaching? Hayseed High?), and that eventually the movie's white middle-class villain will spout off about "the niggers."

But redemption awaits (cue the sensitive, lo-fi alterna-ballad on the soundtrack -- available in stores now) in the form of high school nerd Vincent (Vincent Kartheiser). Pasty, stringy-haired and Cobain-sweatered, Vincent is the holy geek, the movie's equivalent of Dostoevski's Sonya, the woman who holds a light to Raskolnikov in his darkness. Except since this is a, ya know, modern movie, this nerd savior has his weird side, namely stalking Rosanne and taking surreptitious pictures of her. (Apparently, as in "American Beauty," creepy, introverted voyeurism is the sign of the new sensitivity.)

Kartheiser, staring out from under his artfully placed bangs, pops up throughout the movie, offering his philosophical slacker maxims. We know that Kenna's Rosanne is being transformed by them because her dress and makeup become simpler and she abandons the tops that squeeze her breasts together so tightly they look as if they're about to pop out of her shirt -- the sure sign of a troubled teen.

The joke of "Crime and Punishment in Suburbia," which works overtime to appear uncompromising and daring and artistic, is that there's nothing in it that wouldn't fit comfortably into the rote excuses offered for teen violence on any daytime talk show. Watching it, I thought longingly of Daniel Handler's novel "The Basic Eight," a truly daring take on teen violence (and the hand-wringing moralizing that follows it) that had the bad luck to be published just after the shootings at Columbine. Handler isn't fooled by anybody's bull. Schmidt and Gross are infatuated with their own. At one point Vincent muses, "It's hard to lift somebody out of hell." Not that hard if you're stuck watching "Crime and Punishment in Suburbia." Deliverance is just below the exit sign.