Waiting for the nation's major newspapers to admit they were wrong about Whitewater? You'll be waiting a long, long time. 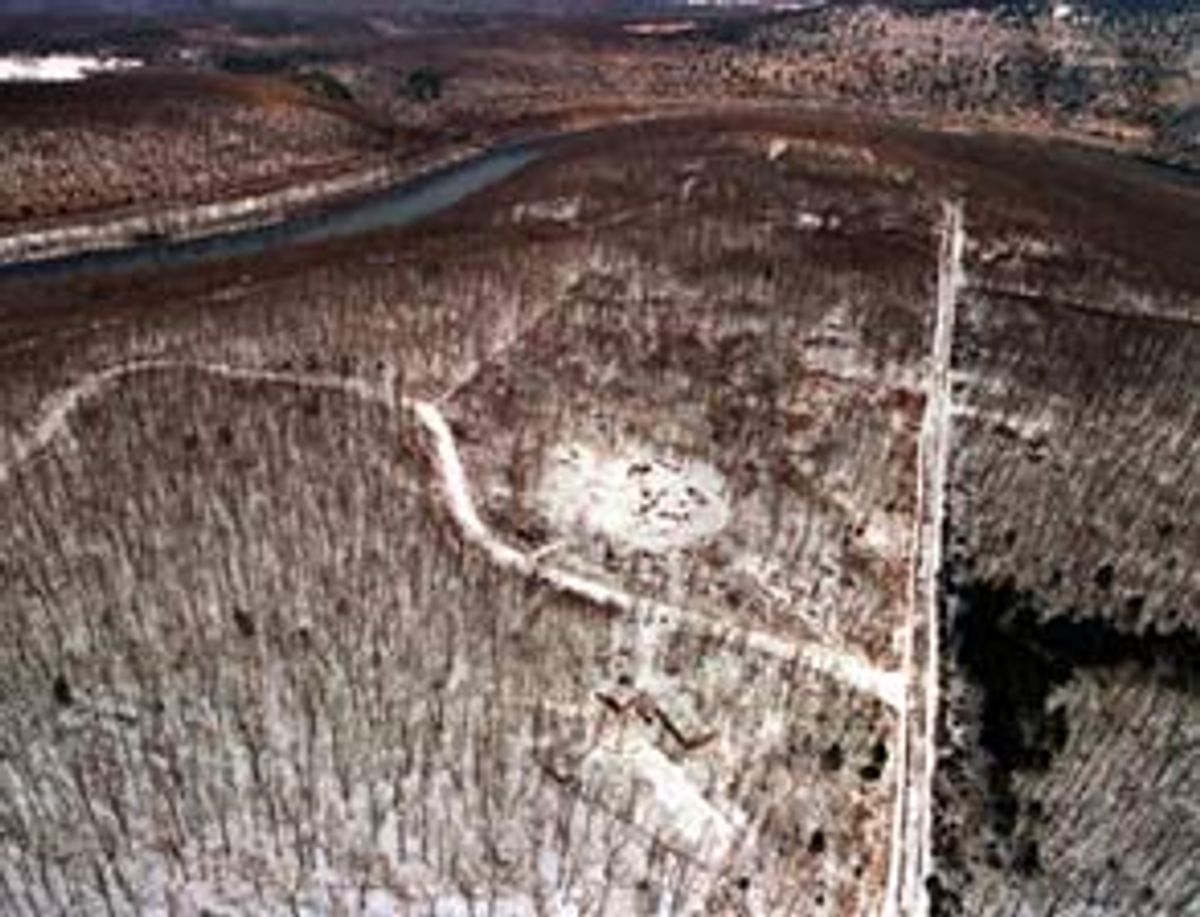 The end of the affair held few surprises for anyone who has been paying attention to the Whitewater nonscandal over the past several years. Independent counsel Robert Ray's five-page statement announced essentially the same conclusions that were foretold by his predecessor, Kenneth Starr, in testimony before the House Judiciary Committee during the impeachment hearings of 1998: more than six years and $50 million expended to compile "insufficient evidence ... to prove to a jury beyond a reasonable doubt" that the Clintons or any of their aides had committed a single prosecutable offense related to an old Arkansas land development.

More than precious time and money was forfeited in this enormous fiasco. A promising presidency was damaged and distracted from the outset. Lives and reputations were ruined, in both Arkansas and Washington, by partisan prosecutorial abuses. Democracy was disserved by a media culture that eagerly made "scandal" the overriding theme of politics and journalism. And to date there is not the slightest sign of accountability or remorse at the national news organizations that stirred up all this pointless turmoil.

The wording of Ray's brief announcement was as significant for what was omitted as for what he chose to include. Possibly chastened by harsh and widespread criticism of his decision to issue this statement only weeks before the New York Senate election, and of his tendentious statements earlier this year about the White House Travel Office case (in which he hinted at misdeeds by Hillary Rodham Clinton), the independent counsel wisely avoided any blatant insinuations of guilt concerning the president and the first lady. But in the process of rehashing each and every accusation against them and their aides, Ray also declined to mention any of the voluminous evidence that exculpated them of wrongdoing.

It may be too optimistic to expect that Ray will examine both sides of the Whitewater evidence when he files his final report someday. (He has put off that task until various ancillary matters are concluded, which makes his decision to release yesterday's statement all the more curious.) But in the meantime his repeated mantra of "insufficient evidence" left Clinton antagonists with ample excuses for the scandal that failed. Just as predictable as the investigation's desultory ending was the immediate outcry from certain quarters against interpreting that result as the exoneration of its targets. The presumption of innocence usually afforded to anyone not convicted of a crime -- let alone those who are never even indicted -- apparently doesn't extend to the occupants of the Clinton White House.

Editorials in the New York Times and the Washington Post, both of which pursued and promoted Whitewater in commentary and news coverage as if convinced that it was another Watergate, greeted Ray's announcement in precisely that grudging spirit. "The Clintons themselves are largely responsible for the late delivery of Mr. Ray's statement," the Times complained, going on to argue that "they and their political confederates in the White House and the executive branch went to puzzling lengths to hobble legitimate investigations. Instead of laying out the facts of the matter, the Clinton apparatus instead stonewalled the investigators and defamed the Clintons' critics. All this gave rise to suspicions that the Clintons had something to hide, and prolonged the investigation."

In similar tones, the Post pronounced that "there is plenty of blame to go around for the way Whitewater came to hang over Mr. Clinton's terms in office," and then laid most of it on the White House. (The same editorial also chided unnamed "congressional and other critics" who were "quick to presume all of the worst allegations true," without so much as a hint of the paper's own culpability in that rush to judgment.) And although the Post declares that Ray's statement marks a "welcome end to this part of the saga," its editorial also warns that "to evaluate the Clintons' behavior we will have to wait for Mr. Ray's final report."

Whatever institutional arrogance may be detected in those butt-covering pronouncements seems almost mild in comparison with the wacky reaction of the ideological partisans at the Wall Street Journal. The Journal, which at last count had issued four fat volumes of dubious Whitewater material reprinted from its editorial pages, instantly brayed that Ray's statement proved nothing in a lead essay titled "The Coverup Worked." The excuses offered in this text ranged from the silly to the outlandish -- such as a suggestion that Ray decided not to prosecute the president for perjury because any jury in the District of Columbia would include too many sympathetic African-Americans and government employees.

The ill effects of scandal fever, it seems, can linger long after the scandal in question is dead. A healthier journalistic response to the conclusions laid out by Ray would be to reassess earlier coverage and commentary in light of these new, inescapable realities. However clumsily the Clinton White House handled Whitewater in its early stages, and however insistent the Clintons were in defending themselves against a partisan prosecution, the final resolution of this nonscandal has never been in serious doubt. Only the reluctance of nationally influential news organizations to acknowledge that obvious fact prolonged a probe that ought to have been wrapped up years ago.

As early as the winter of 1996, when the law firm Pillsbury Madison & Sutro submitted its wholly exculpatory findings to the Resolution Trust Corp., the most important issues in this case were settled. Far from profiting in any illicit fashion from the Whitewater land investment or its relationship with Madison Guaranty Savings & Loan, the Clintons were swindled out of their stake by their partner, the late James McDougal.

The Pillsbury Report also demonstrated in painstaking detail (with 12 volumes of documentation) that Hillary Clinton never misused her husband's authority to protect McDougal from federal or state banking authorities, that she never made more than a pittance from representing Madison and that she testified truthfully about those matters. The Pillsbury investigators reiterated those findings after examining the lost-and-found billing records of the Rose Law Firm, which confirmed her truthfulness and confounded any notion that she had willfully hidden them.

Moreover, the accusation that the White House had attempted to derail or discourage investigations of Whitewater by the first independent counsel, Robert Fiske, and later by the RTC, was shown to be without foundation -- first by Fiske himself and later by the Pillsbury Report. And all the wild accusations of David Hale, the crooked Little Rock judge who claimed then Gov. Clinton had "pressured" him to make an illegal loan, and of L. Jean Lewis, who said that the president had orchestrated a coverup of Whitewater, proved entirely false.

The media organizations that trumpeted those charges so credulously bear a heavy share of the responsibility for this costly charade. (It's worth remembering that Whitewater came to public attention the same way wrongly imprisoned nuclear scientist Wen Ho Lee did -- thanks to the New York Times.) As they did with Ray's statement, they continued to ignore the evidence that contradicted their own prejudiced investment in a story that went nowhere. And as of today, they show few signs of acknowledging their role in one of the most disgraceful episodes in modern American journalism.

Even if many in the national media continue to obsess about Whitewater, the public rendered its own verdict long ago. Millions of voters were at first bamboozled by partisan hysteria, particularly during the congressional elections of 1994, when doubts about Whitewater contributed to the historic Republican victory. But by 1996, when Clinton was easily reelected despite the prolonged Senate and House Whitewater hearings, the American people had apparently learned to disregard the scandal rhetoric recited by politicians and pundits. In 1998, two of the loudest Clinton critics in the Senate, Alfonse D'Amato of New York and Lauch Faircloth of North Carolina, were unceremoniously dumped by voters in their home states.

And on the same day that the New York Times headlined Ray's announcement, another story appeared on the paper's front page that suggests that New York's electorate no longer puts much credence in scandal allegations about the Clintons. A new poll taken by the Times and CBS News showed Hillary Clinton pulling ahead of her Republican opponent, Rep. Rick Lazio, with a decisive lead.