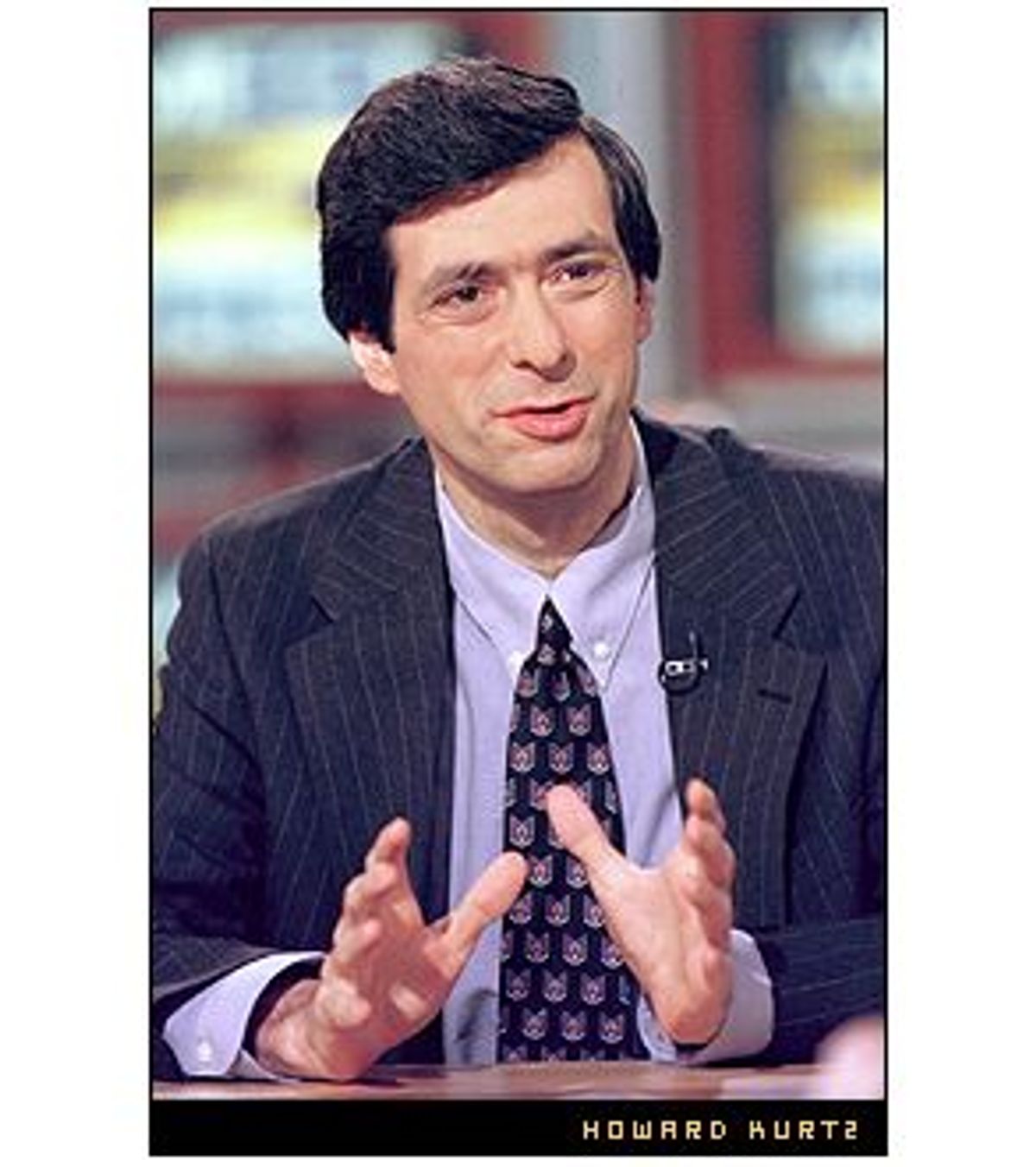 If the media is a moral Inferno -- a tortured realm of commonplace conflict of interest, hidden manipulation and pervasive deceit, betrayal and megalomania -- then Howard Kurtz is its Dante.

With each new book, the tireless Kurtz (whose day job is as media columnist for the Washington Post) descends to an even deeper and more damnable level of media hell and serves as a knowing guide. The last time around, in "Spin Cycle," he showed how our favorite White House correspondents got spun by the Clinton propaganda machine. Where could Kurtz possibly look next for an even stickier pool of moral muck ready for raking? The answer is Wall Street. And in his latest book, "The Fortune Tellers: Inside Wall Street's Game of Money, Media, and Manipulation," he takes on the proliferation of media outlets, like CNBC and CNN, that traffic in advice and rumors about the stock market for a public hooked on frantic speculation.

Kurtz, who's based inside the Beltway, spent 18 months hanging out in the canyons of the Street, where he discovered that New York's financial press is more powerful and morally bereft than Washington's political punditry. "No single reporter can affect White House policies or a candidate's campaign through mere analysis or commentary," he writes. "In this realm, journalists are score-keepers and second-guessers and naysayers, and their influence is ephemeral and diffuse." But on Wall Street, "financial journalists are players. They make things happen instantaneously, and their impact is gauged not by subjective polls but by the starker standard of stock prices." When reporters tout or bad-mouth a stock on TV, their pronouncements can alter a company's market value by billions of dollars within minutes.

With that kind of money at stake, it's no surprise that the powers of Wall Street -- the CEOs, brokerage honchos and mutual-fund managers -- are constantly trying to use journalists for their own ends. Kurtz shows that reporters allow themselves to be used by these self-interested sources because the media has such a continuous need for fresh material -- for a "nonstop flow of tips, touts, picks, and pans" to lure millions of viewers and readers seeking that elusive edge.

The strange thing is that no one ever holds the journalists accountable for being wrong -- and they are wrong so much of the time. And hardly anyone notices that the stock analysts and financiers supplying the opinions have a tremendous conflict of interest, since they're often touting stocks they own or puffing companies that are their investment banking clients. "The media's willingness to play along with this insider's game is nothing short of appalling," Kurtz concludes. "It's as if a presidential candidate's chief fundraiser put out a report predicting a great future for this man, and this caused a spike in the politician's approval rating."

Kurtz's analysis is persuasive, but he doesn't belabor his own punditry, which is mostly confined to the book's introduction and its afterword. In between he follows a large cast of media players as they covered the stock market from 1998 to earlier this year, serving up dead-on profiles of stars like CNBC's Maria Bartiromo (the "Money Honey"), TheStreet.com's James Cramer and former CNN Moneyline anchor Lou Dobbs, who left the cable network to head up Space.com. As Kurtz takes us through all the jarring NASDAQ swings, his narrative is compelling, though occasionally a bit numbing, as if you've been watching CNBC all day and still can't get off the couch.

But what makes the book so good is Kurtz's taste for delicious detail, especially about the egos, excesses and quirks of the media elite. He writes that Dobbs "once demanded that a very short producer stand on a chair so he could yell at him, and when the young man refused, Dobbs crouched down to deliver the scolding." Kurtz tells us that when Roger Ailes, the notorious Republican campaign strategist, left politics and took over at CNBC (before becoming chairman of Fox News), CNBC anchor Mark Haines was "on a hit list of people to be fired, but as a fellow fat guy, Ailes felt he deserved another chance."

We learn that the guest experts on CNBC were always told in advance what stocks the viewers would call in about, which made it easier for them to feign omniscience. We watch as New York Observer financial columnist Christopher Byron, who hates almost every stock, gave a rave to Martha Stewart's IPO partly because he thought she had a nice ass. (Stewart, for her part, was amused by the assessment.)

While Kurtz's overall posture is muckraking and moralizing, he also writes admiringly about the ingenuity, energy and dedication of some of the smartest members of the business press. One particularly delightful scene describes how the Wall Street Journal's Kara Swisher followed up on a late-night tip that America Online and Time Warner were merging in a colossal deal. Swisher knew that something big was happening when she logged onto AOL at 2 a.m. EST and found that many of the company's top executives were online, since their secret screen names turned up on her buddy lists. When she sent them instant messages saying, "We know," most of the execs were so freaked out that they logged off immediately, but one confirmed the tip, which helped produce a huge scoop, albeit a short-lasting one. The story ran on the Dow Jones wire at 3 a.m., an exclusive for two hours before Time Warner's CNN trumpeted its own company's tale.

Even when crack reporters get a story like that, there's constant pressure to do it again and again, which is bound to be "numbingly repetitious," Kurtz says. He concludes that even though the members of today's financial punditry are "well paid and sought after and increasingly famous," they are also cogs in a "hype machine" and "victims of its relentless expectations." True. But then again, who ever thought that business reporters would ever be highly paid, let alone achieve even the smallest degree of media stardom?

Alan Deutschman is the author of "The Second Coming of Steve Jobs."