A quick and venerable meal of Norwegian, Greek and Turkish descent -- but hold the papyrus. 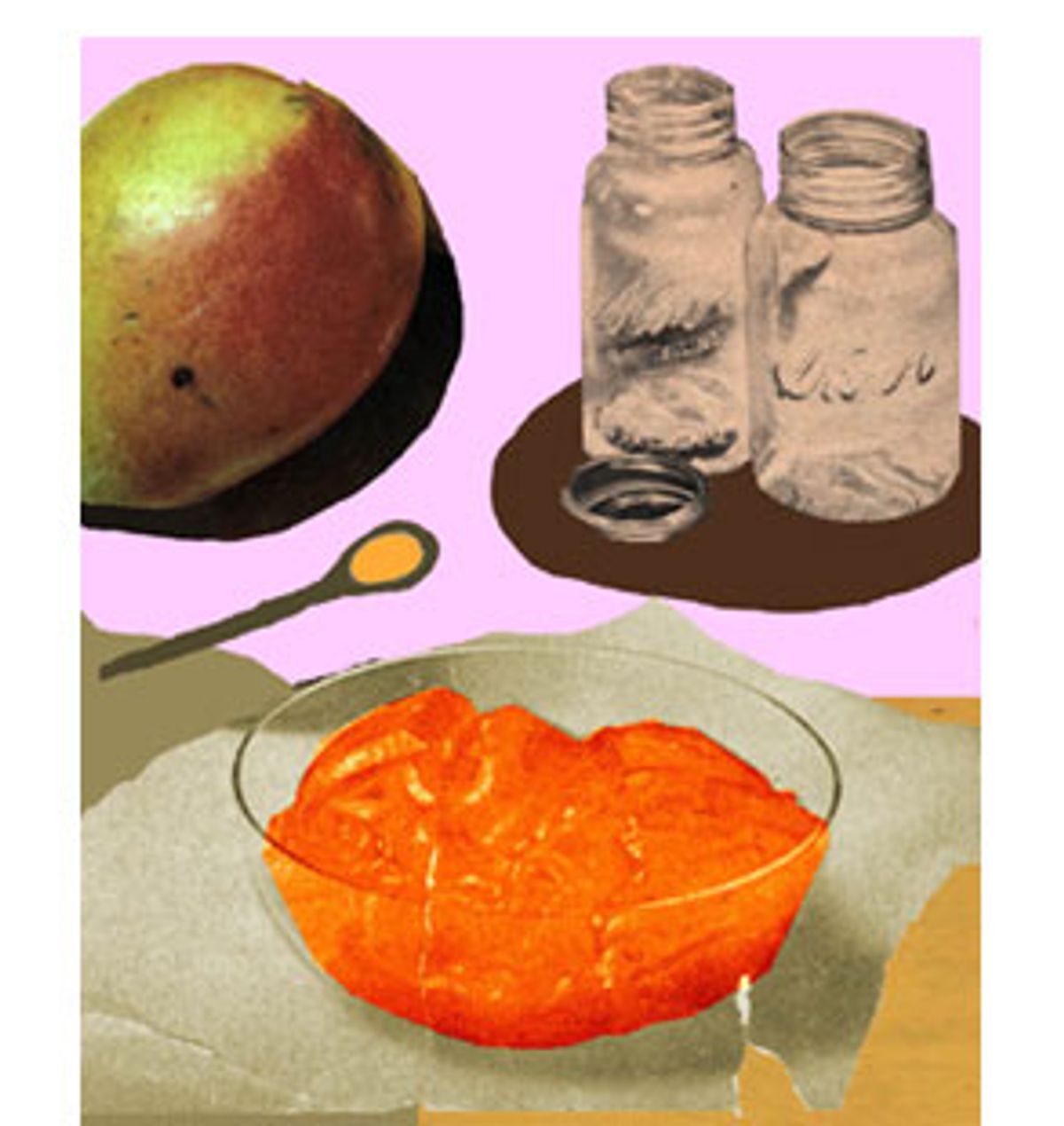 Let's say you're hungry. You probably want something to eat, right? Some food? Don't make something with potatoes. I feel confident that nobody wants them right now.

Actually, you can make something with potatoes. I'm not out to be a jerk. Probably nobody is. You could make mashed potatoes. Get someone to help you mash them, and if you put on music it will be pretty nice. I'm just saying that there's another possibility, and that possibility is a cheese and mango chutney sandwich.

The cheese and mango chutney sandwich is for people in a rush, but also for discriminating people who are like, "I don't want just cheese and mustard." The sandwich can be completed in less than a minute, and the maker of the sandwich can quickly return to his or her work, or the party in the other room, or some activity no one's talking about yet.

Mango chutney was invented by the Norwegians in the eighth century. They used it as a kind of glue, the kind that glues things together. It was so popular that people ate it. When the Turks came, they fought bravely and fled with the chutney. A little-known fact is that they dragged the bounty behind their crowded ships on rafts, and then the world discovered that rafts can float.

Sometimes I'm hanging out -- maybe bouncing the ball with people or playing with that little keyboard? I don't want to make a quiche at those times. Don't tell me cooking a quiche can be equally fun, and that cheese is no dinner, because even monkeys know this. It's just that when the ball is bouncing, or everyone's leaving to go swimming -- in the dark, when you're stunned and splashing in the bracing ink, and you are the ink, and you find yourself saying, "Oh, my God, oh, my God," like in that Chekhov story -- you want your kitchen work to be brief.

Cheese was also invented by the Norwegians. During the short armistice with Greece, Norwegian clergymen fashioned a primitive cheddar out of penicillin and twine. As the story goes, one of Greece's well-paid ambassadors returned to his homeland with a segment of this cheddar between two pieces of papyrus. It was immediately named "sandwich."

The recipe for the cheese and mango chutney sandwich is fairly simple. Slice the cheese into slices, then apply these to bread. On another piece of bread, plop on some mango chutney. You don't even really need to spread it around, because we're all so tired. Put the two pieces of bread together, being careful not to drop the sandwich. You can eat it there, or take it with you.

I do know that one of my roommates is of Norwegian descent. Descent is the right word, because what have his people done for us lately? They sit there in their pyramids and talk about sardines or whatever. But at the same time, I see something special in my roommate's eyes. I look in them and see all of our descent, a giant timeline sloping downward, off the bottom of the page like a world slipped from orbit.

And when I trace the descent backward, I find a firm, unruined land of innovation and brightness -- the province of sandwiches rushed because there's such great excitement in the other room, or people are getting in the car to go to the lake. This is the Norway we all come from, and we can go back whenever we want.