Hard-to-swallow soup for a kid's soul

Should I tell my sons about the drugs, the drinking and the jail in Daytona? 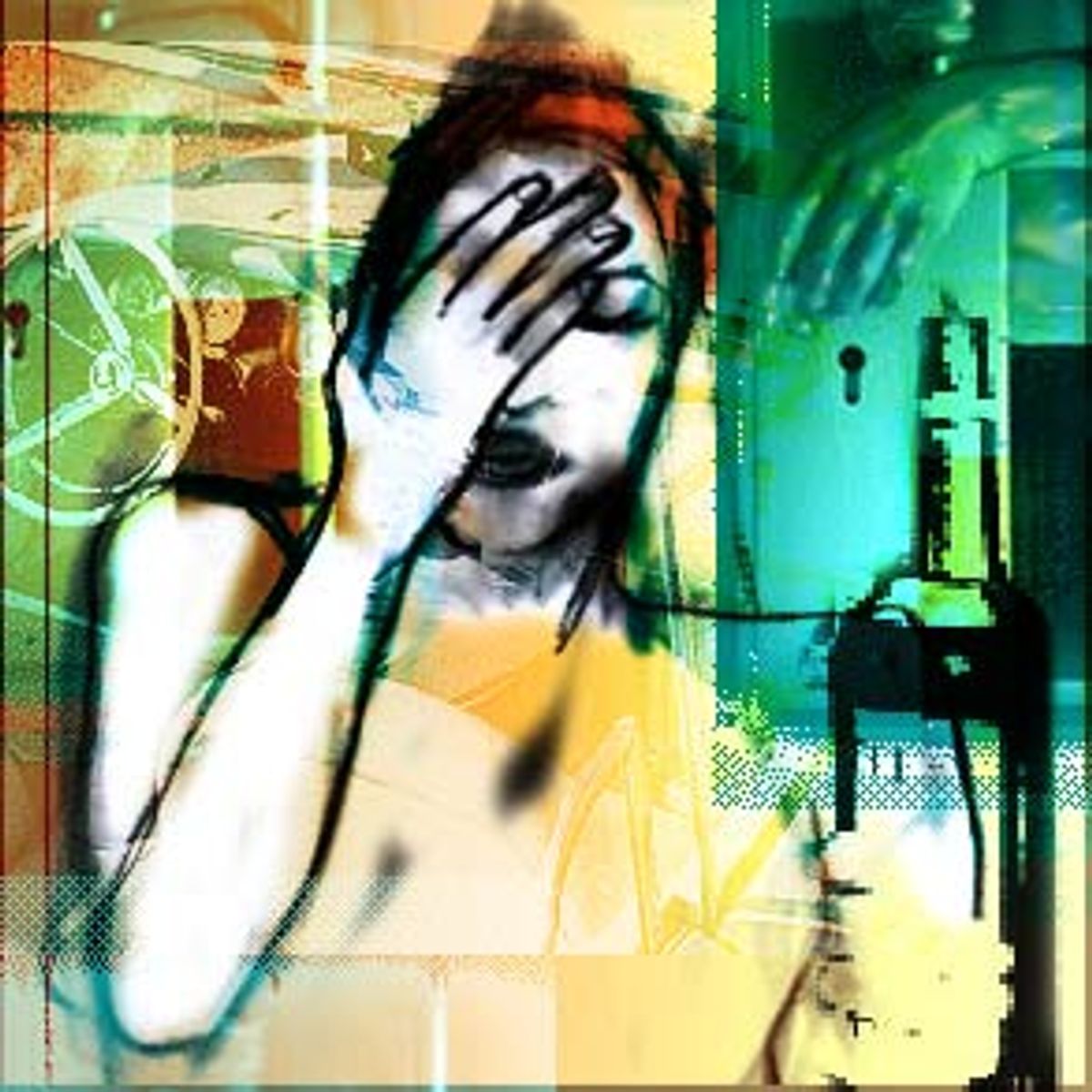 Irresponsible behavior runs in my family. But so does redemption.

A couple of months ago, I went to the funeral of my 90-year-old great-uncle, Henry Washington, and was amused to hear the preacher describe old Uncle Henry as almost perfect in his virtue, referring to him as "a saint, the sweetest old man you'd ever want to know."

I'd seen those old black and white photos of Uncle Henry decked out in a white, double-breasted suit, standing bowlegged next to a black sedan, his fedora cocked over to one side like a pimp's. Uncle Henry was a randy son of a bitch, as rowdy as they come.

Then something changed, maybe he just outlived his old self, but he became a model citizen long enough to earn a preacher's sincere praise at his death.

And then there is my cousin Teddy, a maniac from the time he was able to walk until his late 30s. Once he overdosed on LSD, kicked the windows out of his dad's house and was hospitalized. He was drunk or drugged every waking minute I knew him. But then something happened. He gradually became domesticated enough to allow himself to be elected a deacon in the First Baptist Church. And he meant it.

I thought of these family histories the other day when Silas, my oldest son, came home talking nonstop about "Chicken Soup for the Kid's Soul," a book his teacher has been reading to his class. He told me about a character named Kel Mitchell who escaped a life of gang violence and went on to become a successful actor on the TV show "All That."

My son was visibly excited by this stranger's tale of rebellion and redemption, which I thought mild compared to mine. As he spoke, I wondered how much family history my kids need to know.

I believe in the power of cautionary tales; in fact I told Silas one the other day after he decided to get into a shouting match with rock-throwing teens. Tired of repeating my maxim: "Don't mess with strangers," I finally broke out the story of my wayward brother. "Your Uncle Walt," I said, "decided to get into an argument with a man he didn't know. The man broke the beer bottle he was holding and slashed your uncle's neck. Look at his scar the next time he visits. He's lucky to be alive." My son stopped doing his warrior dance, finally able to get the message.

But what about my experiences with the dark side? Do I need to tell my kids about the time I woke up hungover in a jail in Daytona Beach with no memory of how I got there? My ankle was so sore I couldn't stand on it, and I had scratches all over my body. When the sheriff walked by the cell, he leaned close to the bars and said, "How you feeling today, Rabbit?"

Later that morning I sat numbly in court, scared to death of what the judge was going to say. Had I killed someone? Had I wrecked the car? Had I robbed a bank? I sat next to a bedraggled, 6-foot-3 drag queen who wore the biggest pair of black patent pumps I'd ever seen. I focused on those shiny black canoes of leather as I waited to hear my fate.

It turns out that I hadn't killed anyone, but I very easily could've. I had driven in a drunken blackout from Orlando to Daytona Beach. At some point during the night, I turned my headlights off and a sheriff pulled me over. When he saw that I was drunk as a coot, he tried to arrest me and I tried to run. Hence the twisted ankle and the nickname "Rabbit."

This wasn't my first experience with being arrested, but it was to be my last. At the time of that arrest, I was waiting to be sentenced for an earlier DWI as well as a charge of resisting arrest. The judge in that case had warned me to stay out of trouble. Needless to say when I appeared in his court the following month, and he asked me whether I had stayed out of trouble, I had to say no. I had gotten arrested in Daytona. My attorney, an overworked public defender who hadn't even thought to ask me himself, winced. We were both a couple of losers. The judge sentenced me to six months in jail.

Altogether I spent 100 days in jail, surrounded by women who had done everything from murdering their children and lovers to writing bad checks. I didn't feel like I fit in. I'd never felt like I fit in. For God's sake, when I was 15 the American Legion picked me out of a pack of other teenage girls on the basis of an essay I wrote, and sent me to Girls' State, a week-long course in government designed to instill leadership skills. Ha, I thought. Secretly, I was an anarchist who admired people like Abbie Hoffman. I was smart enough to appreciate the irony of my being chosen. The other Girls' Staters arrived at the gates of Florida State University with their parents; I rolled up in a dented Dodge Dart with my boyfriend and a bag of reefer. I spent all my free moments drinking wine coolers in a restaurant across the street from our dorm. I was just a good girl out to be bad. I didn't want to kill anyone. Except perhaps, myself.

I had always been a thrill seeker, intent on experiencing the world head-on without a thought to the consequences of my behavior. I wrecked everything from tricycles to motorcycles. I almost crashed a single-engine Cessna one day when it was way too windy for a novice like myself to be out flying. Luckily, I bounced down the runway, unharmed.

I wasn't so lucky when it came to drugs.

When I was 21, my mother was killed in an accident, and my siblings and I got some money. It wasn't much, but it was enough for me to invest in an ounce or two of cocaine. Needless to say, I wasn't much of a salesperson. I got into the goods, snorting my profits. I did sell enough to break even some of the time, but there came a point when I thought selling coke was a waste of a good thing. The same with snorting it. I began shooting up.

For almost two years, I shot up at least two or three days a week, stopping only when I ran out of cash. Things got bad. Needles were shared. Veins collapsed. Once, when my power got turned off, I sat in the dark by the apartment window, desperately trying to catch enough light from the street lamp outside so I could see to hit my vein.

I knew I had to do something or I was going to die. I moved to Orlando to live with my sister and brother. There's a picture of me at Disney World wearing a National Organization for the Reform of Marijuana Laws T-shirt. My wavy black hair hangs to my shoulders. Needle tracks are visible as purple bruises on my arms.

I really needed to meet Lee, an ex-bartender from Greenwich Village who voluntarily came to the jail to tell us stories about her own drunken debaucheries, and how she got sober. When she told the story of waking up on the subway in New York being humped by a strange man, or the story about riding her motorcycle into a bar, I thought, here's a kindred spirit. Her tales caught my attention. She was wild. She was crazy. She was clean and sober. And she helped steer me in that direction when I got out of jail. It took a while. In spite of just having served a hundred days in jail, I needed to shoot up a few more times before I was beat. But I finally made it and I've been clean for about 16 years.

My children don't know the person I was before I got clean. I'm not sure how they would react to news that their mother used to sell cocaine and reefer, that she once got arrested five times in one month or that she spent time behind bars. They only know me as who I am now, their mother, a writer with a Ph.D. in English who has taught at a small community college since before they were born. I'm the person who takes them out into the woods to look for turtle shells and pottery. I help them set up their lemonade stand. The most illicit thing they've seen me do is let them sit in my lap and drive down a few long, orange-clay roads.

Clearly, now is not the time to tarnish their image of me. My 10-year-old can't bear the thought that I used to smoke cigarettes. (I still do, but only at night when he's asleep.) My 4-year-old can't conceive of my having had a life without him; and my 16-month-old -- well, he just wants a Popsicle to soothe his aching gums. But if these boys ever need a dose of reality, a head-spinning cautionary tale, I have a few I can whip out.

Callie Milton is the pseudonym of a writer who lives in Florida.