Why do guys sulk after a fight with their girlfriends instead of talking the problem to death? It's the hormone, stupid! 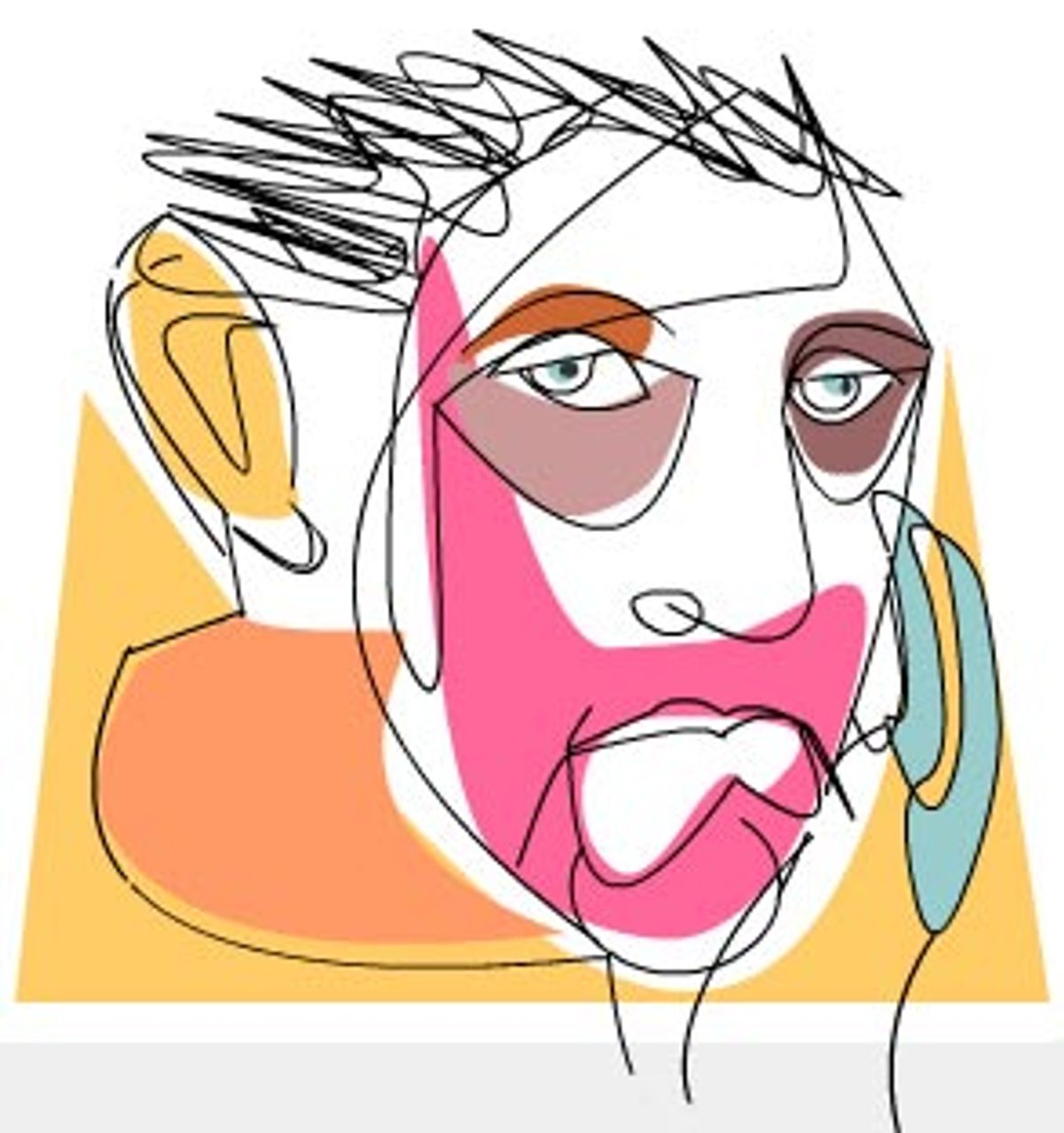 Psychologists think they have an explanation -- finally -- for why men withdraw into solitary silence in response to stress or anger. The latest theory zeros in on oxytocin, a hormone previously thought to do little more than trigger milk flow in pregnant women. The new research is considered a breakthrough in our understanding of human stress.

But it also marks a broader shift in psychology, away from social explanations for human behavior. Burned by their postmillennial status as "soft" scientists unable to prescribe antidepressants, psychologists are turning from their field's humanistic roots and toward biochemical and genetic research. The unwillingness of insurance companies to pay for unlimited psychotherapy is also spurring the change.

"Neural ailments, chemical imbalances and the legitimate and illegitimate use of drugs is occupying the time of more psychologists," says Ronald B. Evans, Ph.D., professor of psychology at East Carolina University in North Carolina. "We are leaving the field as a social science."

Until the oxytocin study, most evolutionary and cognitive psychology focused on sexual behavior. MIT's Steven Pinker, for example, defended President Clinton's philandering by explaining that he, like all males, is cognitively hard-wired to impregnate as many females as possible, thus ensuring species survival. David Buss, author of "The Evolution of Desire," cites genetic evidence for the male impulse to pair with younger, more fertile women, while women seek older males because of their greater earning power. The oxytocin hypothesis of women as nurturing caregivers and men as emotionless warriors suggests that evolutionary theorists are moving beyond a carnal focus to find chemical bases for all behavior, from why men pout to why even employed women take on all the child care.

This is distressing to anyone who believes that human behavior is governed by something higher, more mysterious, more and peculiarly human, than genes and hormones. Without social explanations, or even a social context into which to fit their findings, evolutionary psychologists promote friction between the sexes. Even more troubling, their research proposes no hope of change.

The study, published last month in the journal Psychological Review, argues that women's higher levels of oxytocin, a mood regulator released by the pituitary gland, causes them to seek social interaction to relieve stress. This newly coined "tend and befriend" response evolved, they say, from female primates genetically coded to protect their young. To this day it contrasts with the solitary, wound-licking behavior familiar to anyone who has ever shared a home or office with a man.

Low levels of oxytocin, according to the study, explains why my boyfriend spends hours in his "music room" strumming the guitar when we have a fight, forgoing food and even the bathroom with his torturous pouting. I, on the other hand, will make a round robin of phone calls to my girlfriends, seeking an ear, advice, anything to break the isolation. Because oxytocin operates synergistically with other sex hormones, his behavior is supported by testosterone, while mine is supported by estrogen. Theoretically, when my estrogen levels dip after menopause, we'll both spend more time sulking and our phone bills will be lower.

"We began this study in 1998 with the hypothesis that men and women responded differently to stress," says Laura Cousino Klein, a professor of bio-behavioral health at Pennsylvania State University and one of the study's authors. "That was quite controversial." It was previously assumed that everyone displayed a "fight or flight" response to any kind of stress, from a nasty day at the office to being held up at gunpoint.

Women have traditionally been left out of human stress studies because researchers assumed that menstrual mood swings would muck up any results. But since 1995, when the federal government mandated broad representation of both sexes in research grants -- and made more money available for research on women -- psychologists have shifted their focus. The oxytocin study, one of the largest of stress, examined thousands of studies on male and female humans, apes and rats -- even deer and moles.

"There will now be a surge of new research in this field," says Brian Lewis, an assistant professor of psychology at Syracuse University who specializes in stress.

It's important to keep in mind that hormones are subtle and poorly understood. "I must reiterate the almighty fact that a hormone does not cause a behavior," says Natalie Angier, author of "Women: An Intimate Biography." "Nor does the ability to behave in an aggressive or dominant fashion require a hormonal substrate. If hormones do anything, they raise the likelihood that, all other things being equal, a given behavior will occur."

The work of Kerstin Uvnas-Moberg, one of the world's foremost experts on oxytocin, suggests that some of the current research is probably right on target: It does calm people down. Mothers release oxytocin when their babies nurse, and massage and intercourse -- usually stressless events -- raise everyone's levels.

But Klein and her colleagues may be leaping far beyond the scope of any biological explanation. For example, isn't it possible that men learn stoicism from their fathers? That women are more likely to ask for directions when lost because their odds of being injured by a stranger are greater? And then there's child care, which the researchers bizarrely assign to oxytocin, according to their interpretation of events.

For example: "When the typical father in the study came home after a stressful day at work, he responded to stress by wanting to be left alone, enjoying peace and quiet away from the stress of the office; when office-related stress was particularly acute, a typical response would be to react harshly or create conflict with his wife or children," says Shelley Taylor, the study's principal investigator at the University of California at Los Angeles. "When the typical mother in the study came home from work bearing stress, she was more likely to cope with her bad day by focusing her attention on nurturing her children." Tell that to Arlie Hochschild, the University of California at Berkeley sociologist whose book "Second Shift" painstakingly documented gender inequality in child care -- how even women with full time jobs almost always get saddled with the housework and babysitting.

The oxytocin theory also assumes that tending and nurturing are always "healthy" responses to stress. But for every distant father, there's a meddling, smothering mom just as likely to send her offspring into therapy someday -- or maybe oxytocin shots! My stressed mother force-fed us oatmeal in the morning, and tracked our after-school whereabouts obsessively. By contrast, my father's laissez-faire style seemed a blessing.

As recently as three years ago, when biobehavioral explanations for sexual behavior were just coming into vogue, a group of male psychologists presented research at the American Psychological Association's annual meeting. Ronald Levant, an expert on male aggression and author of 1997's "Men and Sex: New Psychological Perspectives," had examined the male tendency to be passive-aggressive, emotionally isolated and compartmentalized. Though their hypotheses sounded similar to the oxytocin investigation, they didn't talk about hormones, evolution and genes. Instead, they blamed macho socializing and a culture that rewards male stoicism. Their solution: eons of therapy to help men tap into their feelings and empathize more with the nurturing females around them. Levant and his colleagues, with their traditional psychotherapeutic emphasis on personal growth without chemicals, disdain what Evans predicts will be the field's emerging biochemical establishment.

Indeed, Klein seems to understate the benefits of talk therapy to help men manage stress. When I asked her to discuss the psychotherapeutic applications of her work, she said simply that therapy can be used to teach everyone better coping methods.

I couldn't help asking: Does she have trouble divvying up childcare with her husband? She demurred, allowing only that she was slightly more likely to discuss work problems with other female colleagues. (In contrast, Ronald Levant uses himself as an example of a "man who behaved like a dog" until he was liberated by therapy.) But when asked if she would like to see men offered oxytocin supplements -- hormones in a pill like menopausal women get, and like "real" doctors can prescribe, Klein brightened.

"I would love to see that day."