It's un-American, selfish, narcissistic and racist, according to my so-called friends. 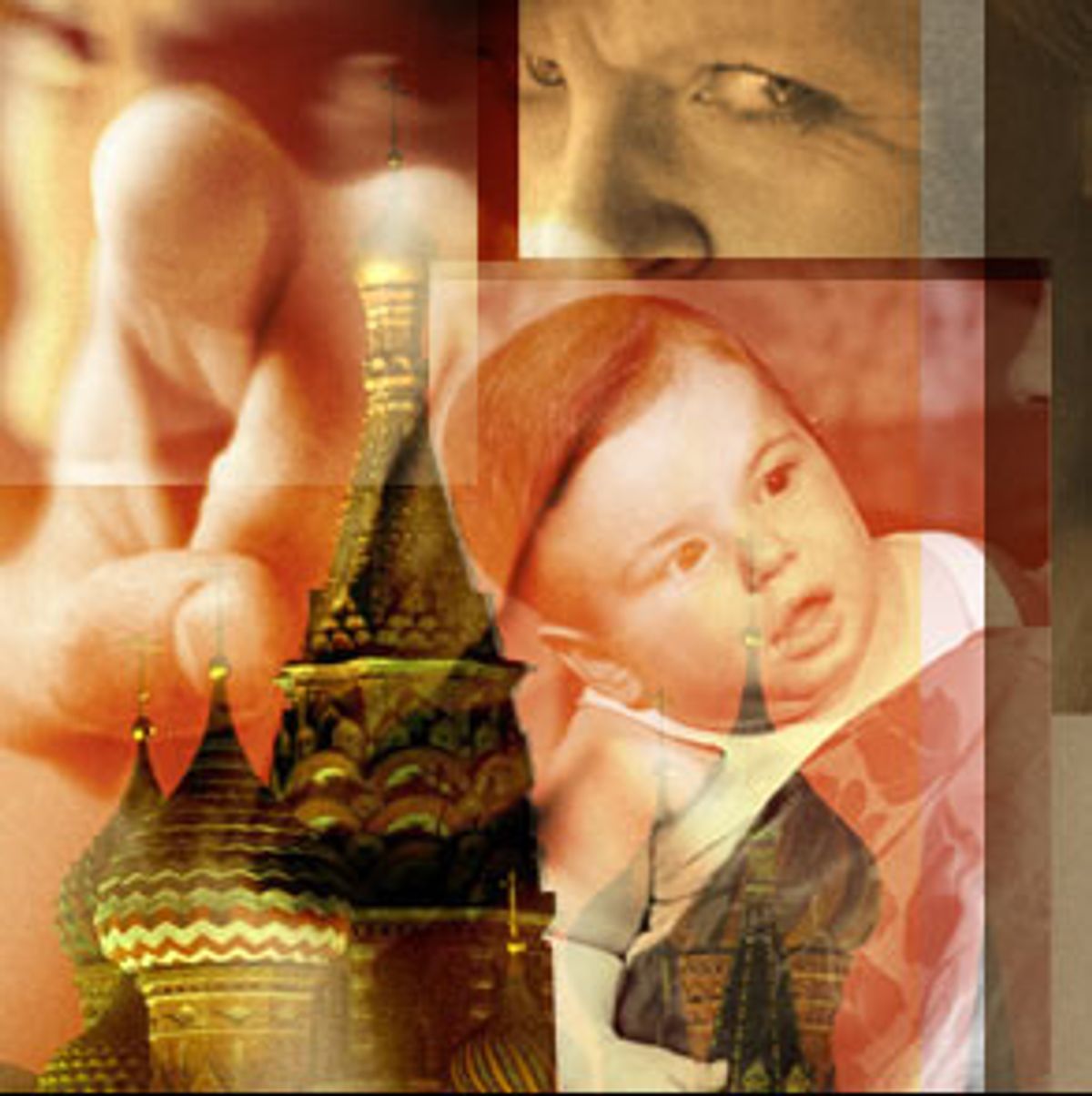 The other day I innocently mentioned to a co-worker that my husband and I were looking into an international adoption. You'd have thought I said we were thinking of becoming international terrorists.

"What do you mean, you're going to adopt from Russia? What about all the kids in Milwaukee who need homes?" she demanded indignantly.

I should probably mention here that the agency I work for is a social services agency, which, as part of its duties, is responsible for handling special-needs adoptions in Milwaukee County -- a fact that may have something to do with some of my co-workers' rabid attitudes.

"Who are you to turn your back on kids right here in our community to take in some kid abroad?" asked another co-worker.

I am, despite being a lawyer, an essentially polite person. I formulate nasty responses in my head but utter polite (OK, lame) demurrers. What I say is: "Well, we really like the Russian culture and the conditions over there in the orphanages are really horrible. We think it's a good alternative, although we haven't decided for sure yet."

What I want to say is: "Who are you, a person capable of biologically reproducing three kids, who has never known the heartbreak of infertility, to judge? Like everybody else, I just want a child who looks like me and talks like me and fits into my family -- just as if he or she was born into it. Is that a crime?"

I am not unsympathetic to the plight of kids with special needs who move from one foster home to another. I know that they need good homes and parents to love them. But is a child in a Russian orphanage any less worthy of a good home and loving parents just because he or she had the misfortune to be born there instead of here?

And, while we are on the subject, why do people whose insurance companies pay thousands of dollars for them to give birth think that this expenditure doesn't constitute "buying a child" but paying adoption expenses somehow does?

If each of these people who so grandly deride my choice took in just one of the special-needs children they claim to be so concerned about, we wouldn't have a problem placing these children. But it's a variation of the old "not-in-my-neighborhood" drill. Just as everyone is in favor of group homes as long as they're built in somebody else's neighborhood, everybody is in favor of special-needs adoptions -- except in their own family.

"If I couldn't have kids, I would take a special-needs child," said one acquaintance, a sanctimonious mother of six biological children.

"Oh," I say, sweetly, "just because you can have biological children doesn't mean you can't adopt one, too. And, as you've said, these are children who really need good homes so badly. Why don't you open up your heart and give one a good home?"

She stumbles over her words and stares at me. "But we have our own children," she says finally, amazed at what she perceives as either my gross ignorance or brazenness.

"Adopted children become your own." I parrot the words I've heard so often from her and others like her. "After a time, you never notice that they have severe medical problems or don't look like you. You love them all the same because children are children."

She stares at me again with an expression that says, "I know you're not playing with a full set of ovaries or a full deck of cards." She speaks slowly and loudly now, lest I miss her meaning: "I have my own children. I don't need to adopt."

"Oh," I say, my tone only slightly less sweet. "I get it. Only defective people should adopt defective children. Right?"

She gasps audibly, by now convinced that I really am crazy. But it is the truth. I know it because I've seen this attitude hundreds of times before, directed both at myself and at friends who have gone through international adoptions. It's an attitude that is insulting not only to me but to special-needs children as well. Those children deserve better; they deserve special parents who can love them and cherish them, not just default parents who happen to have defective reproductive organs.

"The truth is," I tell this woman, "that neither my husband nor I are equipped to raise a child with special needs. We are just selfish enough, like you and just about every other couple I've ever known, to want a child who looks like us and will grow up to go to college and be a professional."

I freely concede that this is selfish. I wish that I could be altruistic enough and have enough of everything -- patience, confidence, skill -- to give a child with special needs a special home. I wish that I were big enough not to care that the child wouldn't look like my husband or me. I wish I could not care that he or she would have developmental problems that would cause him or her to never grow up cognitively or never be able to make the honor roll at school. I wish it wasn't important to me that the child who joins my family be as perfect and bright and healthy as possible.

But, like everyone else who has chosen to have only biological children instead of adopting a special-needs child, I do care and it does matter. In that way, I am like every other parent I know who has ever given birth; the only difference is that I, unlike so many of them, am willing to tell the truth.