Before you adopt a baby, you've got to sweep Mom off her feet. 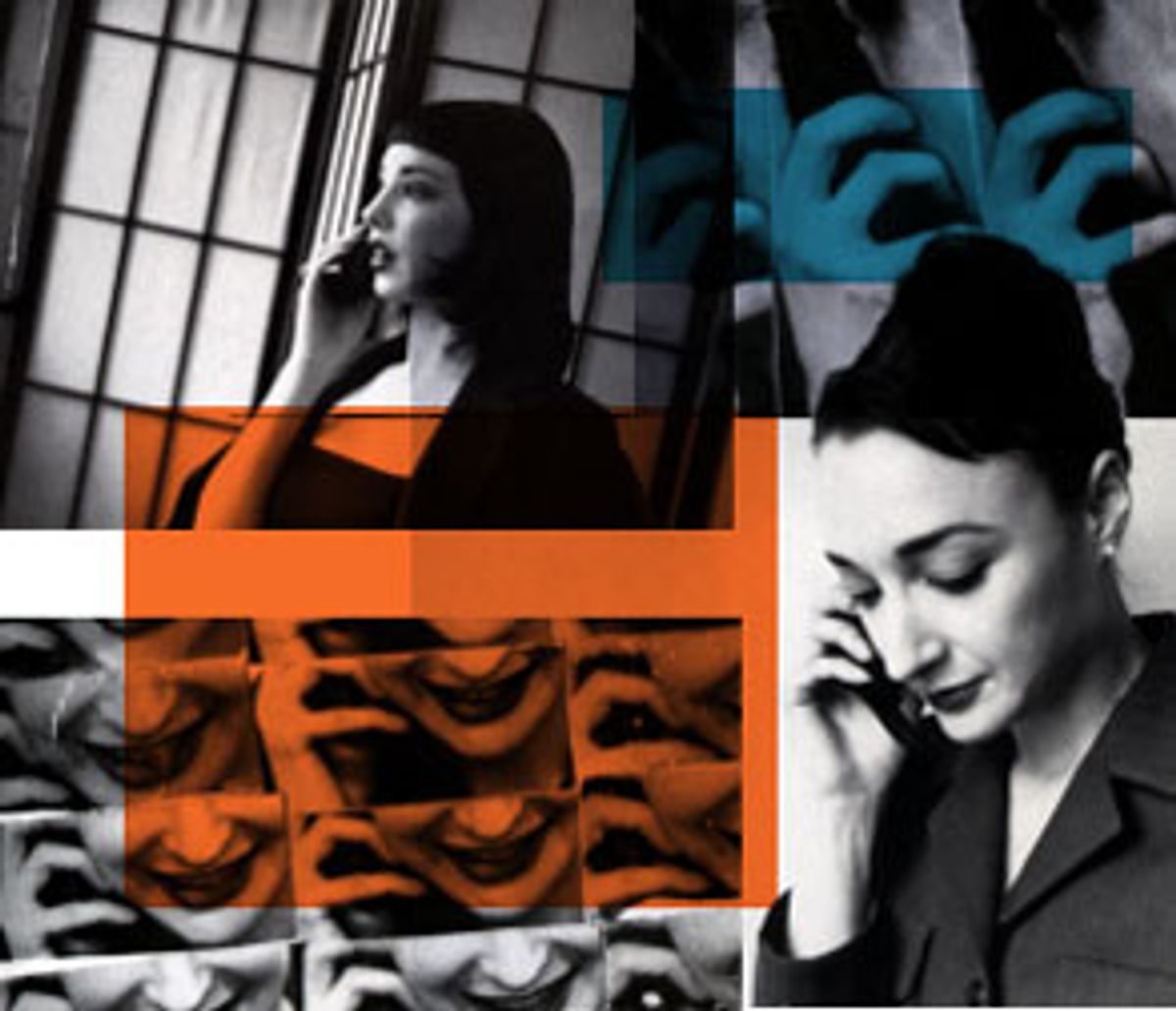 Two years after the birth of our son, Max, my husband, Jeff, and I began yearning for another baby. Because we couldn't have any more children, we wanted to try to adopt domestically, figuring it would be easier to get a newborn that way. We spent hours imagining our life with a new baby in it and finally decided to hire an adoption lawyer.

We find a guy who is smart and funny and has adopted kids of his own. "Think of me as the matchmaker," he tells us. He will find someone for us through referrals and ads he wants us to place in newspapers across the country. There are all kinds of birth mothers, he says, all kinds of adoptive parents, too. "A cover for every pot," he jokes. To help birth mothers decide in our favor, he wants us to write a letter about ourselves, to make a family scrapbook. "Think of it like a personal ad," he urges.

He gives us samples to go by -- ads and letters from other families, all using the same convincing adjectives. Loving. Happy. To make ourselves different, we mention our professions: stay-at-home writers. "Is someone going to think it's interesting, or will they think we're flakes who couldn't find real jobs?" I wonder.

We fill our scrapbook with photos of us at the beach and in the city to show our versatility. There are pictures of our house to show we have plenty of room. There's the three of us, laughing, decked out in Halloween finery -- surely a convincing portrayal of family happiness!

We get an 800 number, we place our ad and, suddenly, I panic and call the lawyer. What am I going to say to any birth mother who calls? I want a list of questions and responses, a script! "There's no rules," the lawyer says. "Make friends. Get her to keep calling back until she picks you. We'll get the details."

The first woman who calls is 24 and from California. After her boisterous hello, she's mute. To fill the spaces, I blurt, "Are you seeing a doctor?"

"Taken care of," she snaps.

"Can you tell me something about the father?" As soon as I say it, I know I've made a mistake. Tension crackles through the wires.

Jeff, nearby, waves his hand. "Do you want to talk to Jeff?" I ask. She hangs up.

This scenario happens more and more often, and to my bafflement, I discover that a lot of the birth mothers don't like me. They don't like us! They object to Max. "You won't love my child as much as you do him," they claim. They hate that we live in a city, that we aren't in our 20s, that we are Jewish. They don't want to see the scrapbook or the letter we labored over. "Fake nonsense," one woman insists.

Distressed, I call the paralegal. She wants to know what I've been asking the birth mothers, how they've responded, and when I tell her, she sighs, as if I were a recalcitrant child. "You're threatening the mothers," she says. "Your goal is to make friends, not get information. You don't want them to feel that all you're interested in is their baby."

I protest. "But don't we have a right to ask questions?"

"That's our job. You ask and you become the heavy, and she won't want to talk to you anymore. Think about what the birth mothers want. Don't press Jeff on them because most of them have had bad experiences with men, and the last thing they want is to talk to another one. If you think something you say is bothering them, back off. Fudge. Like, instead of naming your religion, say you're spiritual."

"I hate not being truthful."

"Get her to like you. Then maybe she won't mind so much that you aren't all she's dreamed of. Think of it as a first date," she tells me. "Before you can get married, you court."

Courting. I haven't dated in 10 years. I've forgotten all the rules. Keep it light at first. Gradually reveal your shadows. It's the same trying to adopt. "OK," I finally say, "I'll court."

A few days later, we get another call. "You wanna get a baby?" a male voice twangs suggestively. I try to overcome my very creepy first impression.

"Where are you calling from?" I say.

"Nowhere you can call to." He laughs. He tells me he's the father, that the mother is his 17-year-old stepsister, and he hasn't told his wife or the girl's mother yet.

I know instantly this first date isn't fated for a second.

Over the next week, the calls escalate. I'm now more than willing to do a little courting, but sometimes the object of my affections is, well, hard to feel affectionate toward. A woman calls who is weeks away from giving birth and isn't showing because she's dieting to stay skinny. Another woman insists she doesn't need medical care because women have had babies on their own forever. Serial birth mothers call, women who have had four or five kids besides the one they're now carrying, all adopted into different families.

And then, one night, a call comes that breaks my heart. Her name is Jade and she's 22. She's carrying twin girls and just as I tell her that we're not equipped for twins, she bursts into tears.

"I have an inoperable brain tumor," she cries. "I refused chemo for the babies' sakes, but they have to be taken from me next month to survive."

I am speechless. She tells me that she has trust funds set up, that the father is long gone and all she wants is to do right by her girls. She's the first woman I genuinely like. I tell her that I have friends in Pennsylvania looking to adopt -- can I give them her name? Can I give her the name of our lawyer, who may have a family for her? Jade thanks me profusely and gives me her number.

I call my friends, who immediately call her. And call. And call. No one ever answers her phone. I call the lawyer to ask if Jade called. "Nope," says the paralegal. "But I should warn you that sometimes there's no baby. Sometimes girls call because they want attention. You have to not take anything at face value." I call Jade one more time. The number has been disconnected. I never hear from her again.

Jeff and I spend the next few days trying to shore up our flagging spirits by calling everyone we know who has adopted successfully -- and there are many. We talk for hours to Jeff's cousin. Not only does he have a smart, healthy little girl, but the birth mother, a terrific young woman now in college, is like a member of the family. "Just be patient," he tells us. "All you need is one. The right one."

We begin to get a few calls from women I like, and I begin to feel hopeful. I play by the rules. "What do you like to do?" I ask, as if I am meeting an officemate for the first time. I say my line about being spiritual. I talk about movies and makeup. I make jokes that crack up the birth mothers.

None of them calls back. Finally, just as our ad is running out, a woman calls. She's in her 30s, a nurse, six months pregnant with a baby girl. She exercises; she eats right. We talk about computers and books and movies. We laugh. I like her and she seems to like me, too, and she even wants to talk to Jeff!

"Siblings are super," she says when she hears about our son. She wants to know if it's OK for her to visit occasionally, if we'll send her pictures. "Absolutely," we say. I'm already imagining her in our life.

"I'm talking to another family," she tells us. "I'll decide this weekend." As soon as we get off the phone, we whoop.

"Let's stay calm," Jeff advises. "Even if she chooses us, she could still change her mind."

"I know," I say, but already I can feel the soft weight of that baby in my arms.

She doesn't call that week, or the next. It takes us a whole other week to come to terms with the fact that she's not going to call at all. "What did we do wrong?" I wail. "Why aren't we right for anyone?" And then because there's nothing else to do, we place another ad.

We've given ourselves a deadline: one more year. I don't want to be like Miss Havisham, keeping the wedding dress -- or in this case, the baby crib -- forever and never moving on. Maybe there is someone out there who will be a perfect match with us. Or maybe there isn't.

But for now, every time the phone rings, I jump.