As George W. Bush unveils his energy plan, he links Al Gore to Jimmy Carter -- and a mythical water-fueled car 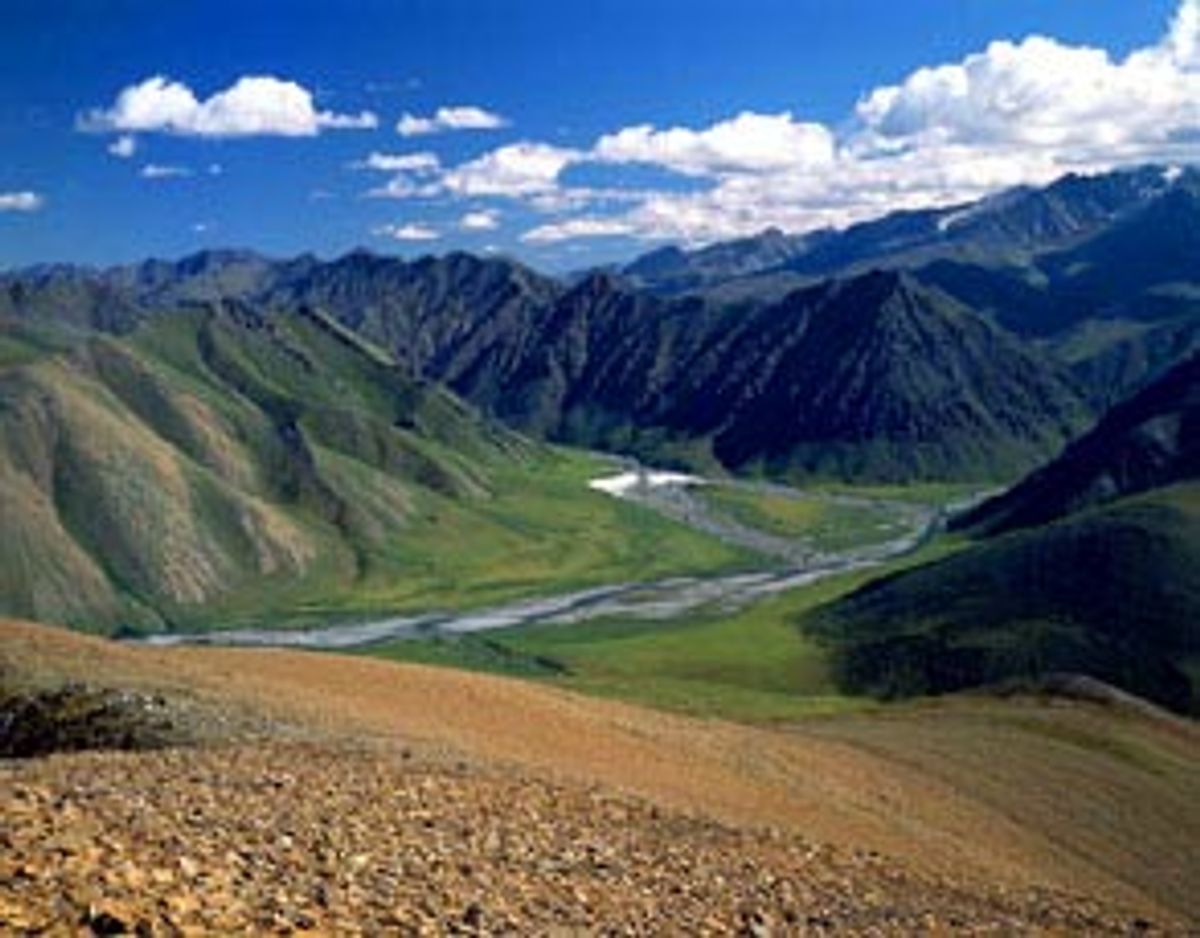 With pointed rhetoric that accused the Clinton-Gore administration of having no energy policy, and a gloom-and-doom scenario of a possible economic crisis, Texas Gov. George W. Bush, head of the first presidential ticket to consist entirely of two Texas oilmen, presented what he called "a comprehensive national energy policy" to a small crowd Friday morning in a car parts warehouse in Saginaw, Michigan.

Bush compared the recent rise in home heating-oil prices to the gas crisis of the 1970s, compared Vice President Al Gore to Jimmy Carter, and himself to the man who saved the country from Carter: former president Ronald Reagan. "Our nation has had three recessions in the last generation, and each one was tied to an energy shock," he said. Bush even proposed undoing one of Carter's last acts as president when he established the Arctic National Wildlife Refuge in Alaska, cordoning it off from oil and gas companies.

Gore, once dubbed "ozone man" by Bush's father for his environmental enthusiasms, was appropriately appalled. "Drilling for oil in the Arctic National Wildlife Refuge, one of our greatest national treasures, is bad environmental policy, and bad energy policy," the vice president said in his own energy speech. While Bush chose a business as the backdrop of his speech, Gore picked the Audubon Naturalist Society headquarters in Maryland.

"I believe that we don't have to degrade our environment in order to secure our energy future," Gore intoned. "And that is one of the most important differences in this election." But the vice president didn't use the issue just to reinforce the image of Bush as earth-hostile. Gore urged Americans concerned about the issue not to be "weighed down by old-fashioned energy policies, and held back by those who want to put short-term profits over the long-term interests of our economy and our families."

That's a not so subtle dig at the Texas governor's ties to the oil industry. Bush once ran an unsuccessful oil company called Arbusto -- which means "bush" or "shrub" in Spanish --and has been a great friend of the energy industry as Texas governor.

His running mate, Dick Cheney, is the former CEO of the Halliburton Company. It was just last year when, in the midst of company layoffs, Cheney told industry folks not to worry because oil prices would soon rise. Consequently, Gore has labeled the Republican ticket "of big oil, for big oil and by big oil."

But Bush faulted Gore for "view[ing] American oil producers as adversaries." He instead blames the current energy situation on a wimpy administration with no coherent vision, one that kowtows to "foreign governments and cartels, [one] at the mercy of big foreign oil."

As for Gore's recent proposal to send a signal to the OPEC nations by releasing 30 million barrels from the strategic petroleum reserves, Bush dismissed that as "one last ploy" because the figure amounts only to "about 36 hours worth of consumption in the U.S. economy."

"Strategic reserve is meant for a foreign war, or a major disruption in supply, not for a national election," Bush said. "It's a petroleum reserve, not a political reserve."

Amidst these blistering accusations and filial amnesia, Bush tried to paint himself in New Democrat-ish colors, insisting that his energy producer-friendly proposals were somehow simultaneously pro-environment, just as he said in the Pacific Northwest where, he said -- siding with hydroelectric power companies over salmon-protecting environmentalists -- "human beings can coexist with fish."

His primary example of this was to create the "Royalties Conservation Fund," gleaning revenues (also known as taxes) from the energy interests he would let demolish the Arctic reserve, though this oil and gas exploration, he said, would be "environmentally sound" and would "leave only footprints." The Royalties Conservation Fund would then be used for "conservation efforts," destroying the environment to save it, as it were.

Additionally, employing an acronym he first learned from New Hampshire Sen. Judd Gregg while campaigning for the Granite State's primary, Bush proposed expanding the Low Income Home Energy Assistance Program (or LIHEAP), using some of the funds the government earned by selling off Alaska. In his kicker, Bush wrapped Gore in Carter's cardigan, describing him as a consumption-hating, tax-hiking, combustion engine-annihilating, over-regulating Washingtonian.

Bush quoted Ronald Reagan from 1980, saying, "our problems are acute and chronic; yet all we hear from those in positions of leadership are the same tired proposals for more government tinkering, more meddling, and more control."

The Bush campaign officially set the clock back 20 years for its press corps on the flight from Troy, Michigan, to Saginaw when Bush spokesman Ari Fleischer said that, "A lot of the vice president's ideas are kind of like Jimmy Carter's: futuristic and fuzzy." As an example of what he called "pie in the sky" thinking, Fleischer claimed that Gore had been discussing the possibility of building cars that run on water.

"That sounds really nice, and I hope we do," Fleischer said, but added that such a proposal is not practical. When asked where that Gore water car proposal had come from, Fleischer said that Michigan Gov. John Engler had told him about it Friday morning. Fleischer then told reporters more information about the Gore water car would be forthcoming, but none came.

A Gore spokesman said he had no idea what Fleischer was talking about, but was willing to jump right in the Bush time machine for a comeback.

"Al Gore has worked with the auto industry to help make cars run better, faster and more efficiently," said spokesman Jano Cabrera. "George W. Bush, on the other hand, is saddled with a running mate who gets low voter mileage, and voted against helping the auto industry." That would be Cheney's vote against the Chrysler bailout ... in 1979.