Is the party ending?

Despite upbeat economic readings, it may be a less cheery Christmas than most think. 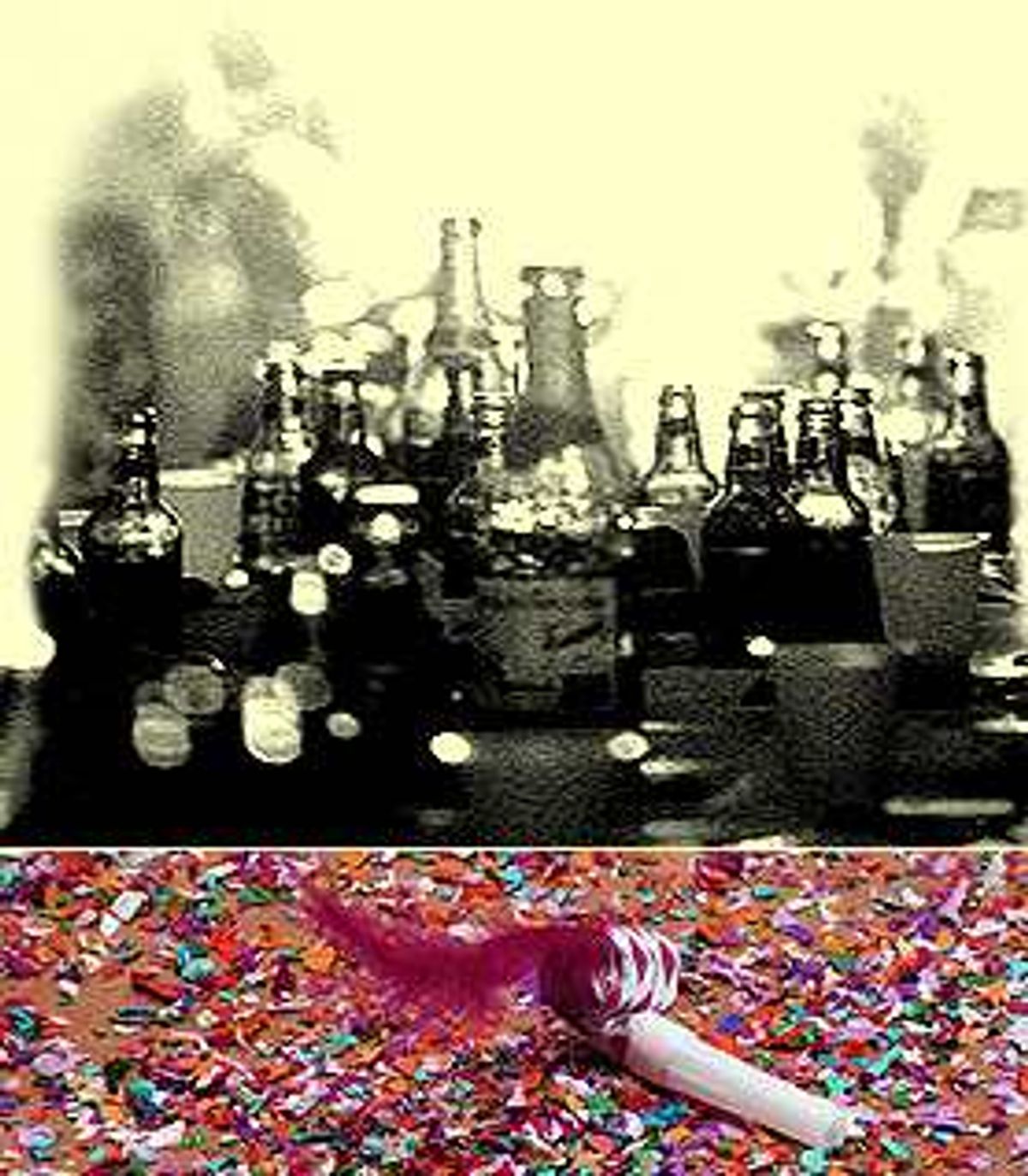 Despite recent reports about rising consumer confidence, robust spending and solid gains in personal income, there are clouds on the horizon that could soon spell economic trouble. And that's likely to mean an end to our freewheeling spending spree of the last few years.

We've already been nailed by high energy prices (get ready for more pain this winter); and there could be a little less Christmas cheer come December. Signs point to a good -- but not great -- holiday season, as folks tighten their belts a notch or two.

Just ask Joanna Wagner, heading in for a morning of shopping at Saks Fifth Avenue. "Last year I spent big," she says. "This year? Probably not as big."

By no means are things bad -- far from it. The economy continues to hum along, inflation and unemployment remain low and consumer confidence remains high. In fact, consumer confidence rose more strongly than expected in September. The Conference Board's Consumer Confidence Index, based on a monthly survey of 5,000 U.S. households, showed that 18 percent of Americans believe the economy will continue to improve over the next six months, up from 17 percent in August.

Last week, the Department of Commerce also reported that our personal income, including wages, interest and government benefits, rose sharply in August, as did our spending.

But all that spending drove down the personal savings rate to a negative 0.4 percent in August, an all-time low, according to the department. In short: We continue to spend, while saving less than ever.

That's worrisome, especially since a big source of cash -- stock market equity -- has diminished in recent months. The Dow Jones industrial average is off 7.4 percent this year, while the S&P 500 is down 2.2 percent and the NASDAQ is off 9.7 percent. It is the worst market performance since 1994, when the NASDAQ fell 3.2 percent and the S&P 500 1.5 percent (though the Dow managed a 2.1 percent gain). The annual double-digit gains of the last five years -- seemingly taken for granted by a new generation of investors -- are no longer expected for the year, especially with many tech, Internet and blue-chip companies warning Wall Street in recent weeks about revenue or earnings shortfalls.

Already, Wall Street's woes are being felt on Main Street, with many investors -- for the first time in years -- seeing the size of their portfolios shrink. If past market downturns are any guide (they usually are), look for an easing in consumer spending. "People don't seem too worried now," says William Griggs, a former U.S. Treasury official and now an economic consultant. "But there is usually a lag time (after a downturn begins) before it has an impact. It may take as much as six months, maybe a bit longer."

The nation's retailers, sensing this, appear to be scaling back their holiday forecasts. That's wise, given government retail sales data pointing to a slowdown in recent months in everything from big-ticket items like cars and appliances to non-durables like clothing. But even with spending leveling off, debt from the great bull market party remains.

Consider this: During the roaring '90s bull market, the average American -- armed with 13 credit cards -- went on a spending spree, and is now sagging under the weight of $7,500 in debt, according to a recent Chicago Tribune report.

And let's say those credit cards charge 18 percent interest. This year alone, that tacks on $1,350 to your $7,500 debt. That has to be paid off. But since most folks aren't saving anything, how?

So no savings + big debt = cash crunch. Last year, you could have taken a profit in the market to raise cash. Not this year.

"I'm not selling," says one Manhattan attorney who asked not to be identified. "I can't -- my portfolio's down and I don't want to take a hit." He owns tech stocks like Qualcomm, Dell and Microsoft -- all off sharply in 2000. His paper losses? "You don't want to know," he moans.

And anyone who got into the market on margin (borrowing cash from a broker to buy stocks) is really feeling the pain; not only are their stocks probably down, but they face interest charges on the loan, plus the possibility of the dreaded margin call -- when a broker demands that you put up more money to hold a stock, or sell and take a big loss. And it seems investors are up to their necks in margin debt. Trim Tabs, a California research company that provides market information to mutual and hedge funds, says margin debt, as a percentage of total stock market worth, now stands at levels last seen just before the October 1987 crash.

And home equity loans -- another source of cash -- aren't what they used to be either. The real estate boom shows signs of cooling off in places like Seattle and Dallas; even prices in mega-hot markets like Silicon Valley and Manhattan -- while still going up -- show less dramatic increases.

One thing is soaring though -- the number of bankruptcies, a sure sign that lots of people are in too deep. Forbes magazine, in its Oct. 2 issue, points out that more than a million Americans have filed for bankruptcy each year since 1996 -- up fourfold since 1979.

Contrarian gloom aside, there still will be lots of holiday cheer, though maybe a bit less than last year. Santa won't deliver any lumps of coal -- though given what oil prices are these days, that might not be such a bad idea.

Paul Brandus is a writer and television producer in New York.