Have you ever looked, I mean really looked, at Bobby Estalella? 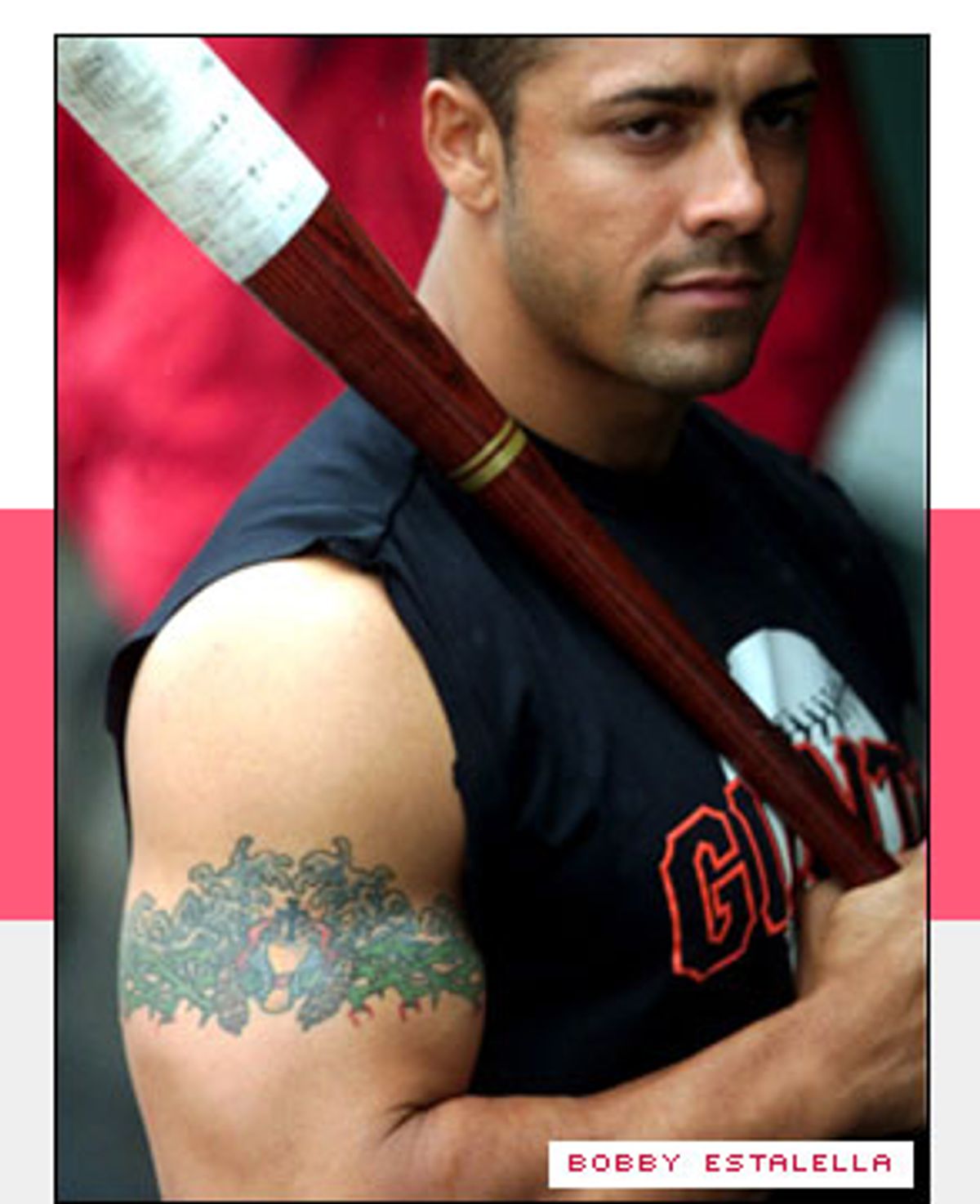 A woman I know was saying a few days ago that the Giants should win it all because, after all, they have the sexiest team. I told her Carlton Fisk had had the erotic edge on Johnny Bench once. But she was eager to talk: "Have you ever looked, I mean really looked, at Bobby Estalella? And at the length and the range of J.T. Snow's legs! Shawn Estes is more beautiful than most women. And, oh, would I like to massage Ellis Burks' shins! Robb Nen is a god. As for Jeff Kent -- it would be like going to bed with the IRS and finding Robert Redford. You go down the lineup: studs every one of them."

All I said was "Barry Bonds," and it was like a cold shower for her.

Now, don't get me wrong: I see her point, I do. Though I don't know where Dusty Baker was in her list -- if you wanted to get laid, he'd be my bet. And several times over the years I've made a sort of peace with Bonds. I mean, I've said, sure, there's an astonishing talent in there, one of the greatest of all time. There's nothing more lovely than his timing, and the certainty of that home run stroke. But Barry's in there, too. And, as a matter of fact, even with 49 dingers the stroke is not as pure now because, I dare say, B.B. is older and has the same trouble as all of us do controlling our fat stomachs. But going back to his days with the Pirates, I did note and could admire the absolute insolence of the man, the "fuck you" to everyone and everything, the total acceptance of being Mr. Outcast. But now he smiles so much -- it's as if someone has taught him how to be liked. He does a lot of the motions and the mouth things. And it's much, much worse.

And there he was a few days before the playoffs, saying in the San Francisco Chronicle, Don't blame me if I hit my steady .200 in October. It's not my fault. Not my responsibility. Not my business.

Tell that to Jeff Kent, I say, Mr. IRS. He knows the numbers, including Barry's salary, and Kent was born and raised to do responsibility. End of subject.

So, Barry, you can do it. You can be Mr. October, and I and your worst followers -- you have worse -- will forgive it all and bow before you. And the lady I know, she can polish whatever part pleases you. But you have to do it, Barry. You have to show you care. You have to know, as Bill Buckner knows every day, that if you mess up here it's the end of your life. And ours.