In a passage from her book "Infidelity," the author remembers watching her father work his magic. 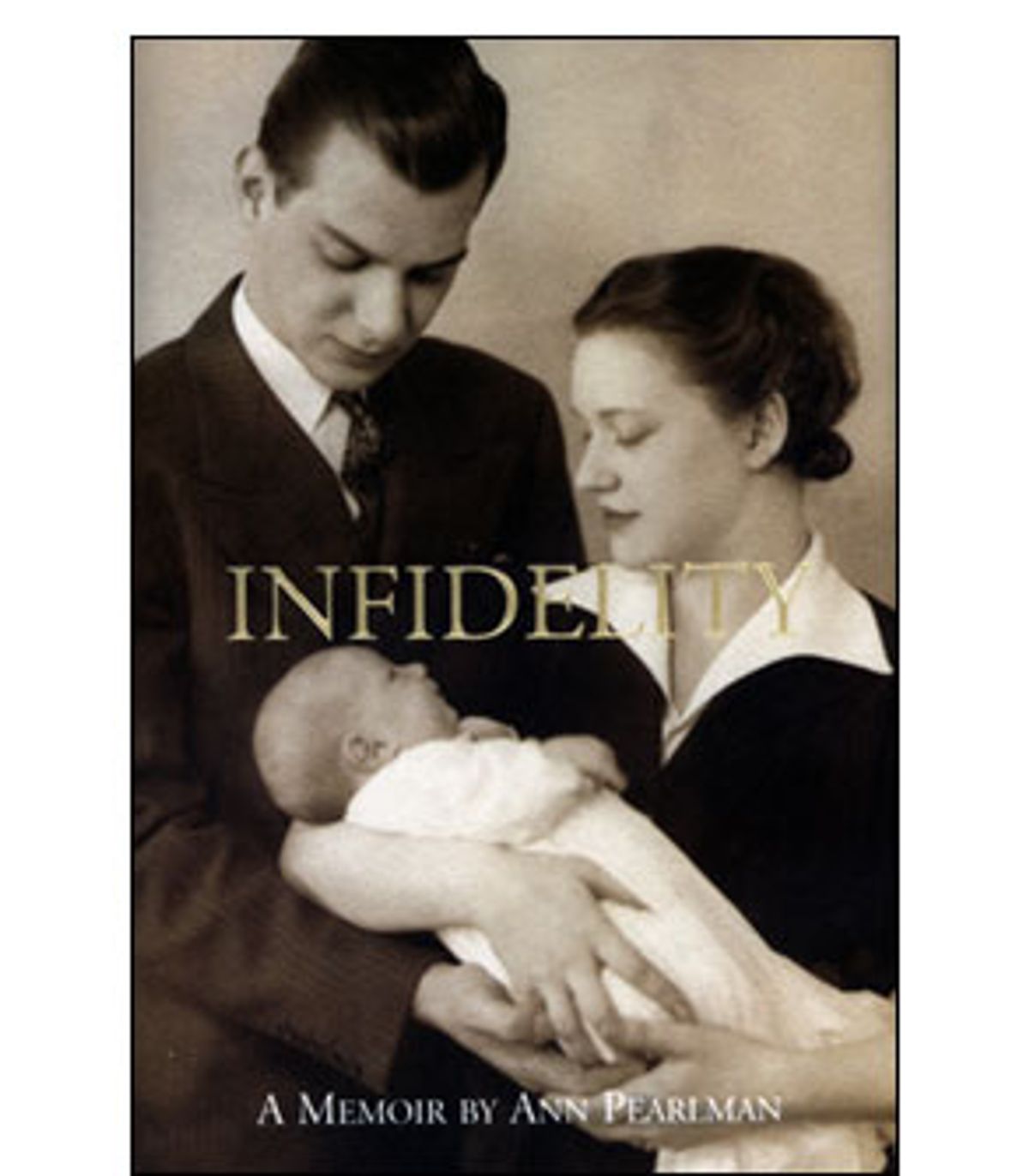 The restaurant is hushed. Shades are drawn and peculiar spiky plants line the sills. This is my first restaurant meal with my father. I am between Daddy and Mother, David across from me. I finger the thickness of the coarse white tablecloth and clink the empty glass with my fork. Mother frowns and shakes her head. The waitress' white uniform reminds me of a doctor's office. I am impressed with the paper menu, the various items in separate categories: appetizers, desserts. Some are new words: Entrie, ` la carte. The waitress, her dark hair a shining helmet, moves behind us to pour water. The ice clinks as it slides with the liquid. She spills a drop when she pours Daddy's, which seeps slowly on the cloth.

"Oh, pardon me. I'll get that right up." She dabs it with a napkin.

I study the menu. Ice cream. Coca-Cola. Hamburgers. Liver and onions. Pot roast. Malted milks. I am eight. I can easily read the menu. I can order anything I want.

She returns and stands between Daddy and me. She smells of roses and grease. Her fingers are poised around her pencil, pink nails curve at the ends.

"Ready to order?" She winks at David. I pull the white napkin from under my fork and spread it over my thighs. I know what I will order: turkey and mashed potatoes, cranberry sauce. A meal fit for Thanksgiving.

When she approaches my father, her voice slides down just a little.

"What did you think of the White Sox?" he asks her. "Catch any night games?" He flashes her a broad smile.

"Whenever I can." Her laugh is slow and throaty and doesn't match her gentle voice. Daddy's eyes sweep her hips as she walks away. Her slip makes a slight sound as she sways, her nylon-clad legs brush each other with each step. I see him watching her. And he looks away. Her belt rests easily below her waist. She goes to another table and then sashays from the kitchen handing plates of crispy brown potatoes and hamburgers for a young couple.

She has a slender, tight body, while Mother's is lush. Mother fusses with David's napkin. He is five and wiggles the napkin to the floor.

The waitress returns with our salads, iceberg lettuce and a limp tomato shellacked with lumps of dressing.

"So did you catch the game Friday?" Daddy asks.

Mother silently cuts David's salad and I fish the tomato out. "Yuck," I squinch up my face, the tomato lays bent and dripping on the tine of my fork.

I delicately place the tomato on the rim of my plate.

"If you can't say something nice, don't say anything at all," Daddy says to me and turns back to the waitress.

She wets her lips. "Yeah. Well, I was supposed to go with my boyfriend, but ..." She taps her pencil point against her pad and raises her eyes to the ceiling.

"He was rained out."

He laughs. "I have some tickets for tomorrow night's game."

"Lucky you." She raises one eyebrow. "Well, can I get you anything else?"

And then a voice from the kitchen calls, "Polly." As she turns, her skirt brushes my father.

Polly returns with our plates, sets down my turkey, the gravy with a grease slick on top. She slides Daddy's steak and potato from her arm. She bends at the knees to do it, leans closely over him.

"How did you know my name?"

Daddy jerks his head to the kitchen. "The cook told me."

"Well, I try to serve my customers well." Her voice is low and she says her words slowly.

I poke my fork into the mashed potatoes and slide it across them, turn the fork to make checkerboard stripes. Mother cuts David's meat and reminds him to eat his carrots. The cranberry sauce slides off my fork onto the white table cloth. No one has noticed. I hide the sauce with my napkin and slowly push it to my hand and sneak it back to my plate. Good. Mother and Daddy are busy talking about meeting friends at Blue Orchid Jazz. I move my napkin. A red smear streaks the cloth.

Polly takes the order of a sour-faced couple and then returns, "Everything okey-dokey here? Get you all anything?"

"I might be able to get you some tickets to a night game. Sales meeting so I can't go. Might have some right here." Daddy pats his gray suit pocket, checking inside his jacket. He pierces Polly with his black eyes, scans her. He is aware of her every movement, turn of phrase.

"Oh, yeah. My girlfriend loves the Sox, too." Polly flashes a smile. Her lips glisten a soft pink. "Oh, my next order's up." She winks at him. His charm has won her over.

I twist up my face. I am brave after my trick with the cranberry sauce.

I play with my potatoes.

Daddy rests his hand on Mother's arm. His blunt tan fingers and sparse hairs are at home on her pale blue sweater. "Might as well make things fun," he says.

Mother flashes her casual smile and for a moment I too am swallowed by her warmth, and then she moves her arm from under Daddy's fingers to cut David's hamburger with the edge of a fork.

I cut my meat, the fork makes a screeching sound that curls my spine. My brother kicks me under the table.

Polly returns with coffee for my parents and cherry pie for David and me. The globs of cherries, glistening under the crust, divert David from nudging me. Mother methodically stirs sugar into her coffee, gazing with soft green eyes at my father. He leans back and pats his tummy. He has dumped out the potato's insides and has eaten only its skin.

"I'm still the same weight I was in college," he announces.

My mother pulls out a cigarette and my father strikes a match with one hand and then shakes the book until the flame is extinguished.

Polly removes our plates and leaves the check.

Daddy pays the bill and enters the men's room. Mother smokes and enjoys her coffee, then nods at the plants on the window sill. "Those are called mother-in-law tongues. Called that because they contain a slight poison that numbs the tongue. Peculiar for a restaurant," she muses.

David squirms off his chair and heads for the exit, his chubby legs like pistons. His arms shift determinedly. Lickety-split he is on the street. Mother grabs her purse and rushes after him.

Just before I push open the door to follow, I turn to see Daddy stroll toward the waitress. He presses money into Polly's hand and says something to her.

She opens her hand and along with the folded soft money are the skinny tickets and a slip of white paper. She reads, tilts her head, smiles. She says something so quiet I can't hear, but I see her lips move slowly. Then she raises one eyebrow.

I sense how much can be pressed into a hand along with money.

Mother races after David on the street, grabs his hand and he twists and turns at the end of her arm. Daddy strides toward them, toward me. Hat tilted to one side, cigarette slanted from the side of his mouth, eyes on the distance. He is the lone hunter.

I long for him. But I turn away, running to reach Mother, relinquishing Daddy. Protecting myself.

Ann Pearlman is the author of "Keep the Home Fires Burning: How to Have an Affair with Your Spouse," and "Infidelity: A Memoir." She is a psychotherapist and marriage and family therapist.