The latest, much-hyped attempt at a wild, supercharged fictional ride proves that minimalism may finally be dead, but true eccentric geniuses are few and far between. 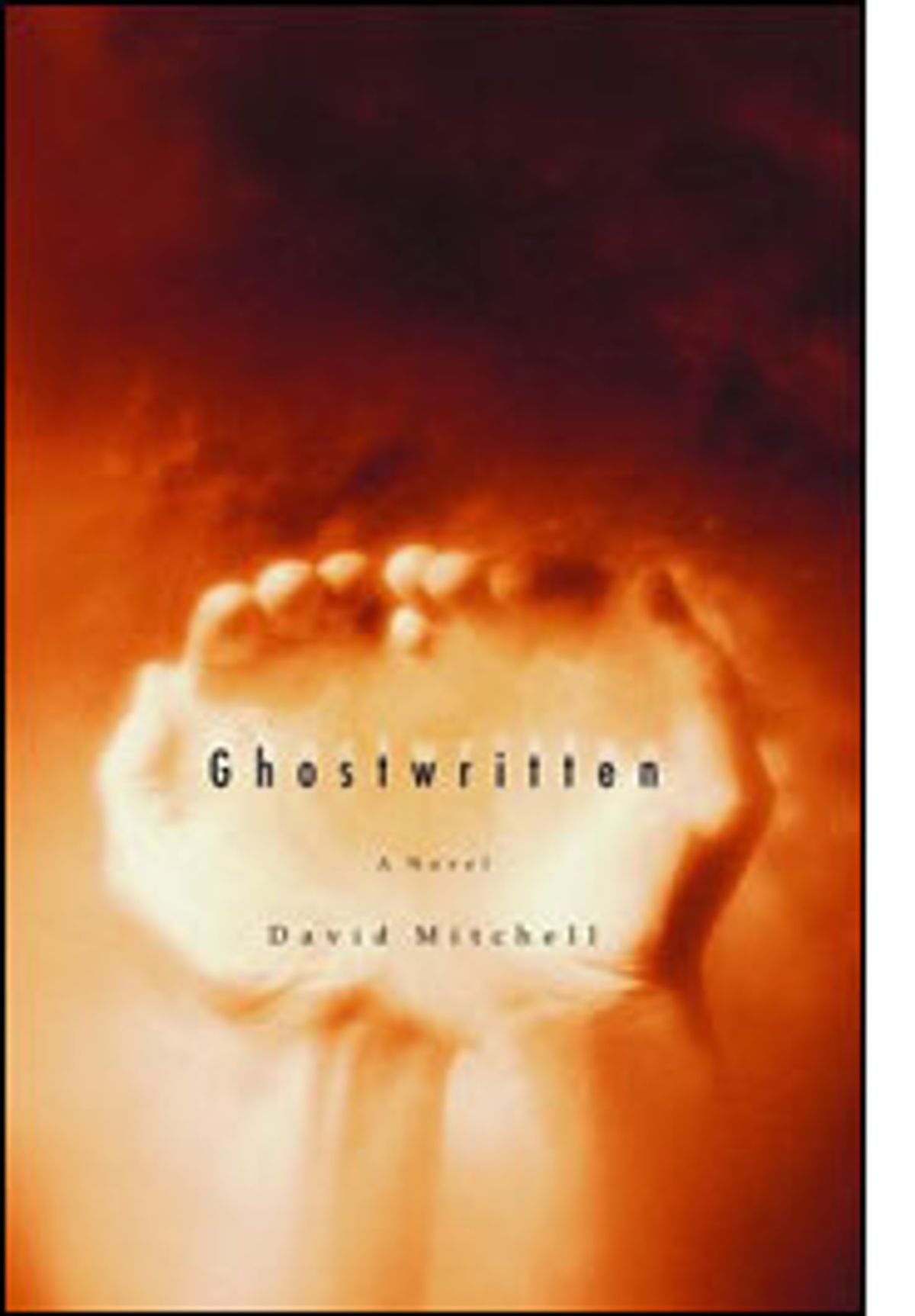 Ten years ago, when a young, eager, but not particularly well-developed writer produced a first novel, it was almost certain to be a tale of family distress -- divorce, say, or cancer -- told in stoic, stripped-down prose that shied away from any hint of excess. (David Leavitt's highly enjoyable new autobiographical novel, "Martin Bauman; Or, a Sure Thing," relates the early career of one such writer.) Piles of these books got published, and certain critics (I was one) pitched fits over the trend, calling it monotonous and enervated. What had happened, we cried, to invention, to brio, to intellect, to humor, to the kind of ambition that makes writers want to color outside the lines?

While David Mitchell's "Ghostwritten" doesn't quite represent an example of why even critics should be careful what they wish for, it does constitute a strange case. For when it was unfashionable to write adventurous and brainy fiction, the only people who did it were those who had to. It simply wasn't an option for authors like Angela Carter or Thomas Pynchon to write any other way. With "Ghostwritten," we have a kind of elective boldness, the spectacle of an artist who may not be particularly original trying his hand at the wildly imaginative.

The novel is a series of nine episodes, each about a different character in a different city: a young record store clerk in Tokyo, a British investment banker in Hong Kong, an old woman running a noodle shop on the side of a holy mountain in China, a former courtesan turned art thief in St. Petersburg, a philandering ghostwriter in London, an Irish scientist hiding out in her hometown, a Manhattan DJ, a demented follower of a Japanese doomsday cult and even a disembodied entity that travels from one human host to another via touch. These people don't know each other, but they're linked by a web of glancing connections -- shared acquaintances or sexual partners, a ride on the same boat, a brief meeting on the street. One character almost accidentally saves another's life; one witnesses another's death.

About a third of the way through, an underlying thread emerges, a somewhat half-baked scenario involving a manmade (but not man-mastered -- oh, no!) superintelligence grappling with humanity's self-destructive tendencies. This story line turns up too late to unify what's essentially -- like Richard Linklater's film "Slacker" -- a variation on Arthur Schnitzler's "La Ronde," the sort of literary game that, to be fair, is devilishly hard to pull off: How do you make purposely random segments feel like part of a whole? (Linklater did it by making his characters part of a subculture that he wanted to document.) And some of the chapters in "Ghostwritten" do work on their own, for Mitchell has a genuine aptitude for storytelling.

Too often, though, even the enjoyable segments of "Ghostwritten" bring to mind other writers (who tend to be more accomplished with the sort of material at hand): The Tokyo episode feels like Haruki Murakami, the London bit like Nick Hornby, and midway through the disembodied entity chapter I thought, "Hey, wasn't this a Denzel Washington movie?" The apocalyptic superintelligence plot itself appears courtesy of a zillion science fiction stories and films. The result is often readable, but never inspired, a peculiar effect considering the project is the kind of thing usually only attempted by eccentric geniuses following fiercely individual visions. It's as if a B-plus architecture student decided to build his own interpretation of Antonio Gaudm's Sagrada Familia.

And like Mark Z. Danielewski's "House of Leaves" (published earlier this year), "Ghostwritten" injects pop attitude into what were once frustratingly cryptic or dauntingly cerebral postmodern experiments. But, unlike Danielewski, who grafted Borgesian ontological puzzles onto a Stephen King plot, Mitchell doesn't yet seem to have invented a cocktail that really packs a wallop -- though perhaps someday he will. "Ghostwritten" feels like the product of a sensibility that's still unformed and still too easily swayed by literary influence, yet it is often entertaining. It may be bubble-gum DeLillo, but it does prove one thing: Underripe maximalism beats underripe minimalism any day of the week.