Written on the body

"Pay It Forward" is emotionally manipulative, but the stars save the film with the acting -- especially in their love scene. 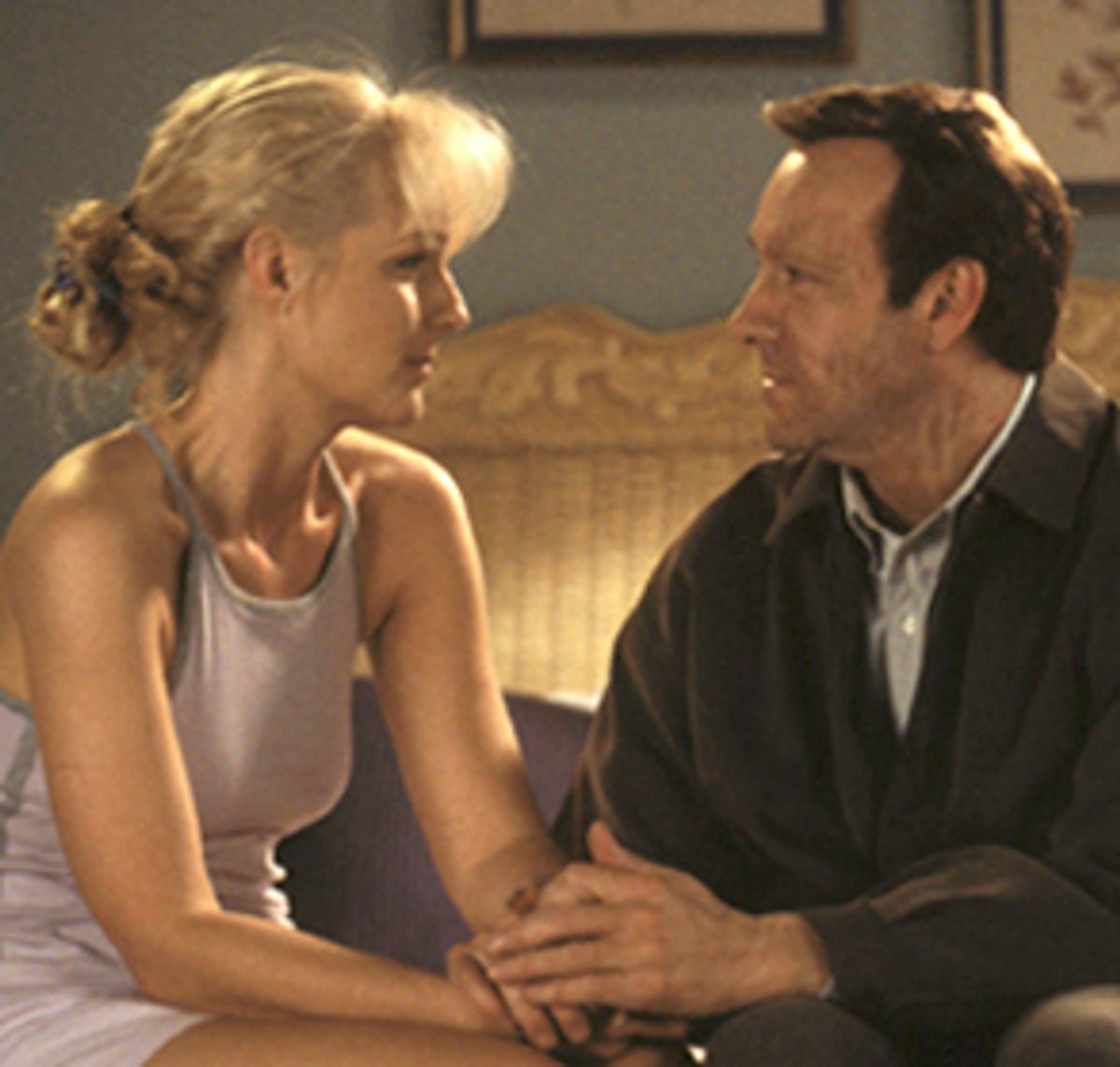 It's nearly a clichi, I suppose, but the people who live in Las Vegas (especially those who are hard up) are assumed to be unhappy spectators as the rest of the world arrives expecting to collect its big break. In the new film "Pay It Forward," Arlene McKinnon is a single mom who needs two jobs to survive -- as a cocktail waitress and a change maker, both in small casinos.

She's Helen Hunt, and she's doing all she can not to be an alcoholic. Her boy, Trevor (Haley Joel Osment), is in the seventh grade, where he has a social studies teacher who says, "What's wrong with the world, and what are you going to do about it?" But he says it in a deadpan, ironic way, as if he doesn't believe there's a way of saving things. He's withdrawn, alone and chilly; he's Kevin Spacey and his character's name is Eugene Simonet.

Trevor's attempt to make things better is to try to get Mr. Simonet and his mom together. The film is very emotional -- it's going to be an enormous hit -- and manipulative. Sometimes you resent the ease with which it can bring tears to your eyes. But nothing dispells that reluctance quicker than fine acting -- for which we have Spacey and Hunt, not just recent Oscar winners but actors who can draw upon their own emotional awkwardness.

Arlene's urge for the bottle comes from her broken family, and the mockery of so much wonder and magic on display in Las Vegas. It's a hard city to live in if the American dream has failed you. And it's a tricky place to teach social studies, with "transformation of the self" referring to the turn of a card rather than to a lifetime of work. So Arlene and Eugene are wounded people, afraid of feeling too much for each other.

Eugene's other problem is having a hideously abusive father who once set him on fire. There are some scars on his face, and Eugene feels that everyone is alarmed by them. But the scarring to his body is far worse.

They advance gingerly on their love scene. Arlene is helplessly Vegas: She wears a turquoise bra; she lets men stuff tips there; she wears a blue wig. Hunt lets herself look like a wreck in the effort to show Arlene's desperate attempt to stay "glamorous." But in the love scene, she picks up shyness and gentleness. The actress has asked not to have her breasts shown, and the film allows this. Instead, the camera dwells on her face, which relaxes a little as Eugene looks at her.

Then Eugene's shirt comes off, and he is like "The Illustrated Man" (if you recall that film). He has a forest of scars on his chest. She dips her head to kiss his ravaged body, and Spacey comes close to tears.

It is a beautiful scene, yet perilous too, for we have to feel the makeup job. If only, as the film allowed Hunt her modesty, it had let her amazed face convey to us the profuse damage done to Eugene. I think the scene would have played better without the misleadingly perverse allure of scarring. Above all, I think Spacey is so good an actor that he doesn't need the makeup or the prop. He has a being that is already overshadowed by some dark experience. Nevertheless, it's a moment you don't want to miss in a film that everyone is likely to be seeing.