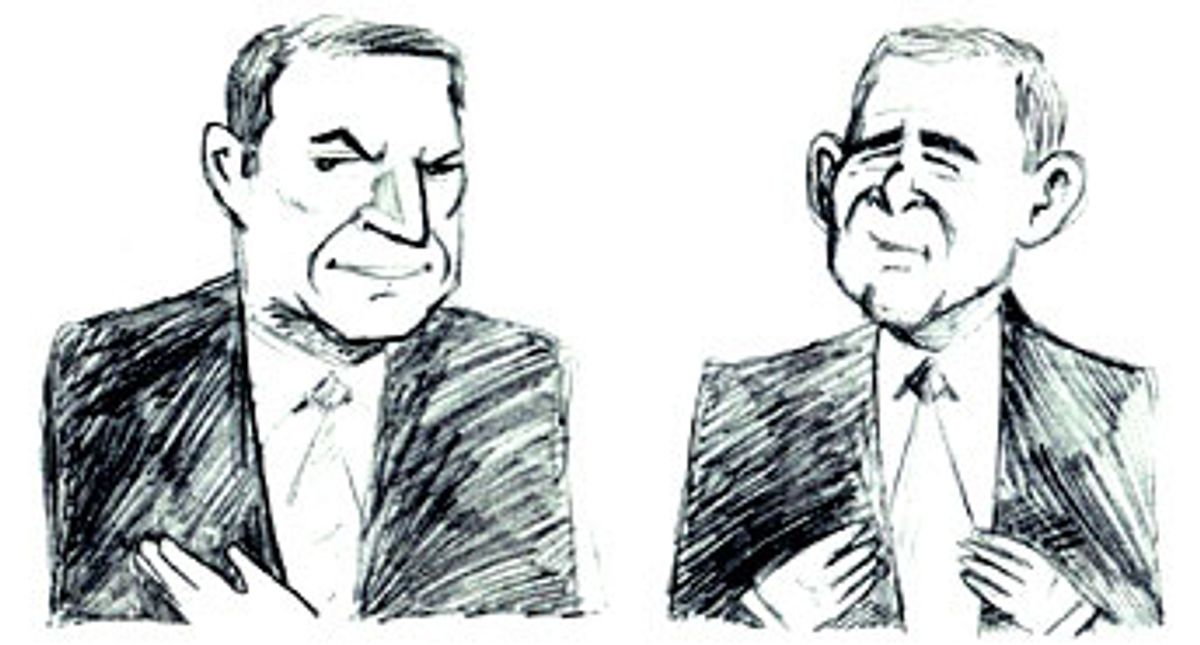 Vice President Gallant asks questions when it's not his place to ask them.

GALLANT: "Both Senator Lieberman and Secretary Cheney said they were reviewing their views on same-sex relationships. What's your position on that?"

"There's a bill pending called the employment non-discrimination act ... I wonder if the governor would lend his support to that law."

GOOFUS: "I'm a person who respects other people."

"I will be a tolerant person."

"I don't know the particulars of this law ... I support equal rights but not special rights for people."

Vice President Gallant sincerely apologizes for getting some facts wrong. He seems, perhaps, a little too sincere.

GALLANT: "I got some of the details wrong last week in the examples I used last week and I'm sorry about that and I'm going to try to do better... I can't promise that I will never get another detail wrong. I can promise you that I will try not to. And hard."

Gov. Goofus doesn't apologize for squashing a hate crimes bill, because they kill people who kill people down in Texas. Goofus seems to like killing people.

GOOFUS: "The three men who murdered James Byrd -- guess what's going to happen to them? They'll be put to death. A jury found them guilty."

"It's going to be hard to punish them any worse after they're put to death."

Back to the Goofus and Gallant homepage