Complaining about how San Francisco is going to hell in a handbasket just ain't as easy as it used to be. 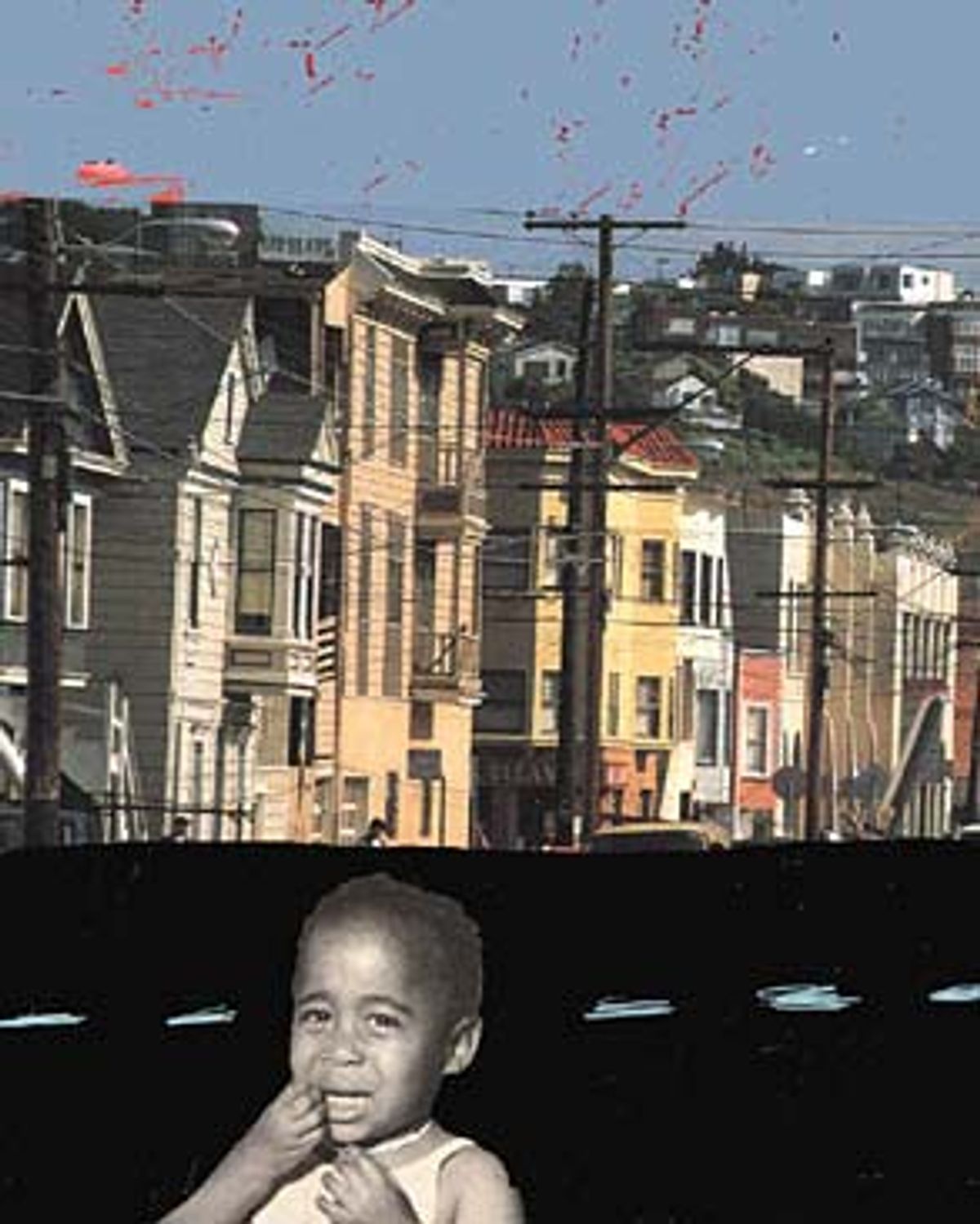 Lamenting the decline of the Mission District used to be so much easier. Sure I was outraged when my daily taqueria run was blockaded by a steaming bog of human piss. Or if I was slow to avert my sight from the bug-eyed look of a grim reaper, my sidewalk passage denied by the descending scythe of a singing shopping cart. How many times was I forced off the trail into the path of a careening 14 line bus, groaning with the weight of perverts and soft brakes, to avoid their wallet-emptying toll? Plenty, I say, and what an outrage.

And those gangs, bang bang bang! Blood on the streets. Youth in peril. Violent, disenfranchised immigrants with a penchant for Brylcreem and breezy chinos. In the good ol' days you couldn't pick up a paper without seeing a dead gang leader in a wife-beater shirt and a bazooka hole blowing through the front page. Always some cross-town rivalry for a candy store bench gone awry. There was so much signing going on, Harrison Street looked like the smoker's quad at Gallaudet University.

That's not even counting the sex workers, dirty little whores. When they got their hot fannies into gear on Saturday night there wasn't a SoMa garbage-can alley left undesecrated by exhausted condom blooms and the clinkity-clink of empty Night Train bottles. What, did they think San Francisco was some kind of boomtown built upon a pernicious foundation of thieves, gamblers, gold-diggers and robber barons?

But back then, all that was horrible and wrong with the city had a clear explanation. A very simple, identifiable enemy: the crack baby.

I can barely whisper the words without trembling as they echo across our fair city. So I won't whisper. I'll yell: CRACK BABIES! CRACK BABIES!

There's one now running through my backyard; catch him, he stole a vase, CRACK BABY!

Crack babies were everywhere. They hid in the closet of your house like discarded Raggedy Anns. Crack pipes dangled from evil, orgasmic grins painted on their faces. Crack babies were on the dole, sucking city coffers dry with their endless appetite for rock cocaine. Crack was a delicious high, and once they went up, they never came down. Crack babies with scallions; crack babies on a bed of watercress with a sprig of sage. Crack babies grew up into crackhead adults, with Mason jar-shaped heads and livers squealing on the outside of their rib cages. Crack babies stole clothes from laundromats and kicked small, cute poodles when nobody was looking.

But where are the crack babies now when you need them most? Things are as screwed up as ever around here, but whom do we blame for this transformation?

Here's a good example. The other day I saw a poor fellow who could not find a place to park his Mercedes close to his work-live space (to add insult to injury, he had a heavy case of zinfandel to carry), thus he was forced to park on the sidewalk overnight. Just think how much money it's going to cost him if he gets parking tickets every day for doing that? It adds up. It's a troubling sign of the times.

And mornings around here can be quite dangerous. I was this close to calling the cops at the cafe yesterday when a woman hit me in the knee with her laptop. As her enormous Labrador was tugging her arm from its socket, intelligently weaving its owner through a grove of toppling coffee tables, she almost had the opportunity to make an "I'm sorry" face before a drop of her frothing latte scalded my finger. THEN the customer behind me squeaked ahead of me in line during the fracas! It's these kind of moments that make me wonder if it is worth staying anymore.

Yes, the crack babies are long gone now. (Well, I did hear from one recently. I received a strange phone call in the middle of the night. I picked up the phone and said, "Hello?" Something was breathing on the other end. I heard the sound of a long toke from a crack pipe, coughing, and then it hung up. Crack babies have an odd sense of humor.) Apparently, they too have been evicted by the "dot-communists," a strange and odd culture, quite possibly a close relative to the crack baby. (Both lack tails, and both possess retinas that dilate at the sound of cash registers.)

I don't know this for sure, but rumor has it the DC are nicking all of the empty buildings for their own evil exploits. They forage in cyberspace and their motive is profit. They cannot communicate except by way of cellphone and e-mail. It's awful, but we are still not sure what they want from us. The stock market has frowned upon their existence, but they are still here. Why? What do they provide the citizenry?

The biggest crime the dot-communists appear to be guilty of is the desire to occupy the Mission, I know that much. Their suntanned men drive beautiful, large SUVs that never flip over, overstuffed with surfboards, golf clubs and mountain bikes. Their twinkle-eyed women are promoted for cutthroat marketing acumen and own golden, odorless vaginas.

I do hate them. But it is difficult to hate them so badly, when in fact, I don't know what they are doing wrong. But if I don't start hating them soon, I'm in deep shit. There's not a crack baby in sight. Who will I blame for all of this ... prosperity?

As far as I can see, the computer people can stay. Who needs Latino busboys fawning over dirty cups? No whining, now, order takeout. Do we really understand the floppy-armed shenanigans of anorexic modern dancers? (I hate to brag, but I've learned some pretty deft moves on Tae-Bo television ads already.) As for tunes, I'd much rather download an MP3 than watch some syphilitic musician wailing his heart out onstage right in front of me. What if I smell his breath or something?

My only request is this: Someone around here please start smoking crack. Get pregnant, smoke crack, have a crack baby. If I don't see a crack baby soon, I'm going to have to stop bitching and learn HTML.

Jade Hays is a freelancer who lives in the Mission District of San Francisco.