Whether talking in bed or in a debate, the sentenceless speaker might be the turn-on. 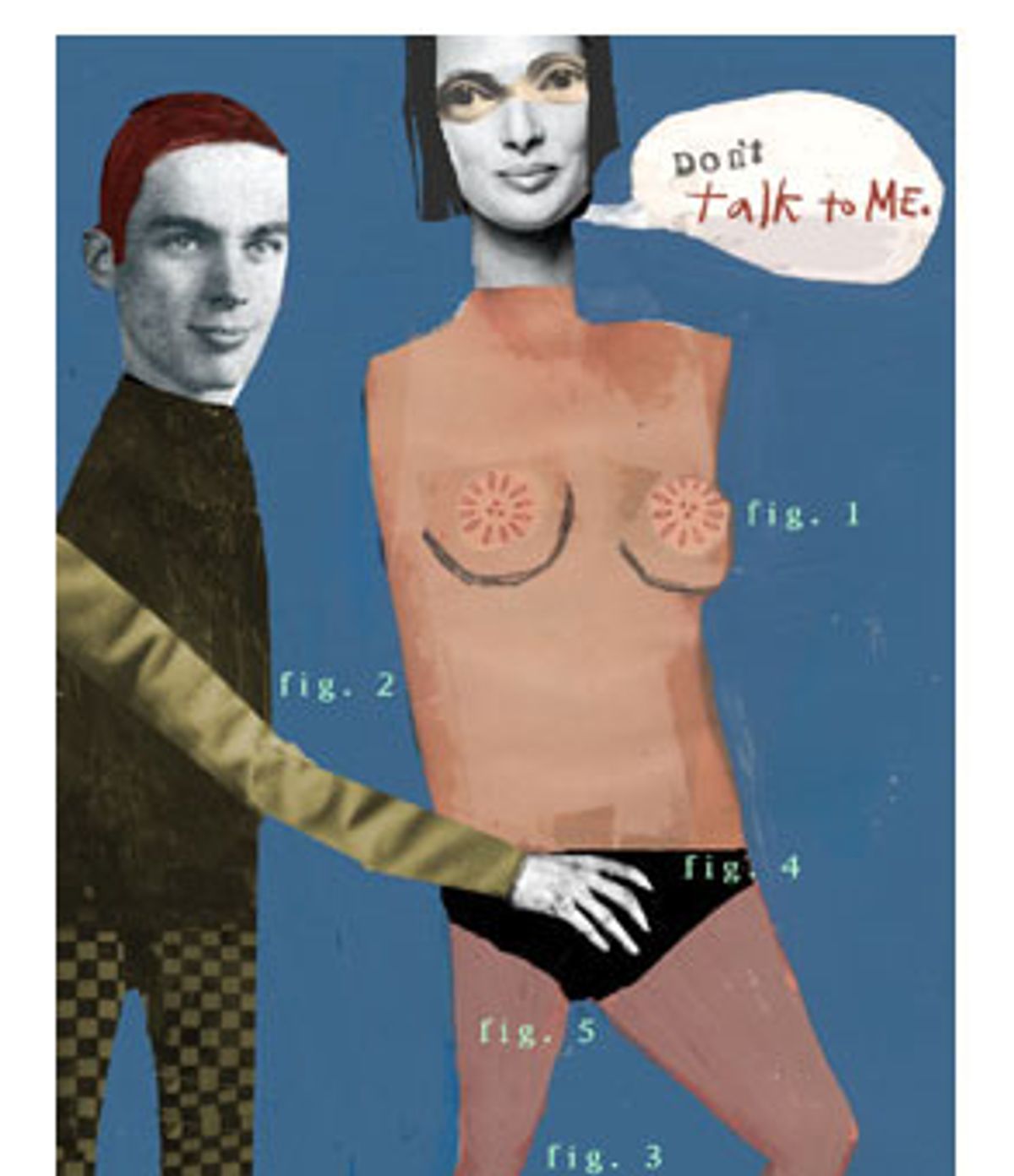 I said, "Look, with just one span of my hand, I could reach from your umbilicus to your --"

But she squealed -- was my hand cold? No, her agitation was linguistic.

"Every part of your body," I explained, "has such florid names. All I'm doing is bringing you your own bouquet."

"Would you rather I simply grunted and groaned?"

"Does it disarm you so much to have your own body described?"

She snuggled up, as if, having admitted that, she had every inclination to offer herself as someone who believed in faith healing.

"The sentences," she said, spat it out.

"You mean that I talk in sentences?"

"You know," I told her, "someone once said that if you spoke in grammatical sentences for 20 seconds on American television you could not help but begin to sound evil or sinister."

"I think it may have been me," I admitted.

And then she laughed, and I have to tell you that her laugh -- even if you think of a laugh being fuzzy communication -- well, I don't quite know how to say it, but her laugh spoke volumes. And I'd have done anything, I thought, to keep her laughing. For the laughter did turn into melodious and entirely seductive murmurings from her as my hands crept up the heights of Abraham. Thank God. I didn't mention that, or him -- a little touch of Jewishness then or there would have thrown her for what she called a loop.

"Know what?" Her eyes were gazing at me now, sated and content. "Know what? It's like Dubya."

It had dawned on me. I began to see the truth in the old adage than an American untouched by education can open all doors.

"Now you are home," she said, and I could see she was proud of me.

"Whereas Gore," I said, "has been raised to speak with a correctness, a meticulousness, a finality that, somehow, like, you know he's thinking of lying."

So I did, and so we shuffle on, our tenses, our participles and our hopes dragging in the dust as words yield to the collapsed intimate sounds of lust. I remember when sentences were life, and now I wonder if Dubya's snatched phrases may not be our life sentence.