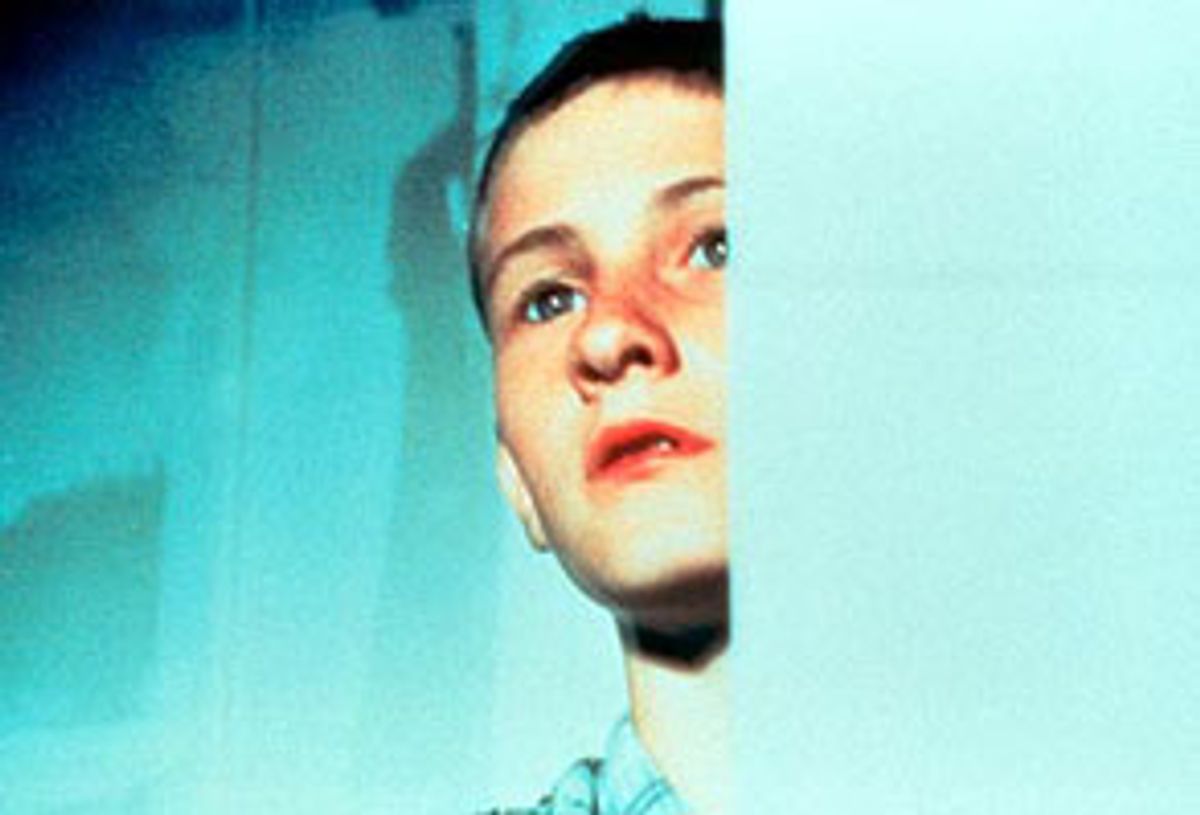 The great movies about people caught in poverty -- Vittorio De Sica's "Shoeshine," "The Bicycle Thief" and "Umberto D" and Satyajit Ray's "The Apu Trilogy" -- all work to erase the barriers between the audience and the people on-screen. Or else, as in the case of Luis Buñuel's "Los Olvidados," they possess a caustic, raging passion equal to the emotional and physical brutality of their subject.

Scottish writer-director Lynne Ramsay's "Ratcatcher," an impressive and frustrating debut feature just opening in the United States but already widely celebrated in the U.K., keeps us at a determined distance. Set in and around a Glasgow, Scotland, housing project in the early '70s, "Ratcatcher" follows James (William Fadie), a watchful, largely silent boy of about 12 who may or may not be responsible (Ramsay is ambiguous) for the drowning of a younger boy in a garbage-strewn canal behind the projects.

The larger subject of "Ratcatcher" is stunted lives. James' family -- his parents and two sisters, one older, one younger than he -- dreams of getting a new council house in what for them amounts to the suburbs, but the almost sheepish way they inquire about the status of their application suggests that none of them expect their lot to improve. With the exception of the periodic appearances of a gang of adolescent toughs, whose presence always heralds bad news, there is none of the overt brutality that has become a depressing staple of films about the lower classes (Gary Oldman's punishing "Nil by Mouth," for example).

The characters in "Ratcatcher" seem too knocked out by the mere challenge of getting through the day to inflict their frustrations on one another. James' unemployed dad (Tommy Flanagan), whose face bears the slashing scar of God knows what previous altercation, drinks himself into a miserable stupor, while his mom (Mandy Matthews, who manages sparks of affection and humor) maintains something approaching a normal routine. The film is set during a garbage strike, and the stinking mounds of green plastic trash bags dotting the landscape are a (rather obvious) metaphor for the emotional pestilence breeding among the inhabitants of this no-hope slum.

There's no denying Ramsay's compassion -- particularly toward her protagonist, young James -- but it's an arm's-length compassion. I'd like to believe that Ramsay is trying to avoid the unintentional humanitarian condescension that often mars movie views of the poor. I think she assumes, rightly, that the deprivation and hopelessness of her characters are not something many in her potential audience have encountered, and she appears loath to believe that sympathy alone is enough to bring us close to characters who have been so battered by circumstance and their own limitations.

The trouble is, she doesn't do anything to bring her characters close to us. She's right to be suspicious of sociological bromides that presume to explain the mysteries of personality, but for all we learn about these characters they have never been otherwise and will ever be thus. James' dad is a recognizable sort, a drunk in his 30s whose days seem a rehearsal for the broken-toothed, sunken-chested wreck he'll become in middle age. But like too many of the other people we encounter here, he's more a type than an individual -- a member of the inarticulate, intransigent poor.

A large part of the movie's problem is that both the characters and the actors who portray them serve as vehicles for Ramsay's stylistic flourishes. She doesn't have the usual coldness of filmmakers who reduce people to figures in their aesthetic blueprints, but since she hasn't found a way inside them they feel reduced nonetheless. Ramsay works in a style that might be called introverted expressionism; everything is muted, cooled out, tamped down. It's a film that seems entirely composed of bleak landscapes, static shots of faces with slugged-out expressions, a nearly fetishistic attention to grime and scabs and general decay.

Some of Ramsay's touches in "Ratcatcher" are amazing: A shot of James framed through the picture window of his dream house as he runs through a golden field looks as if the boy has dreamed himself into a widescreen movie of his own devising. Other times what's dreary and what's exciting about Ramsay follow fast on the heels of each other. A scene where a simple-minded boy ties his pet mouse to a helium balloon and lets it go to impress a gang of cruel older boys is a depressingly familiar incident of adolescent cruelty. (Is there anything so unimaginative, unrewarding, unpleasant and easy as establishing cruelty by inflicting it on animals?) But the way Ramsay follows up the scene is remarkable -- a shot of the balloon-tied mouse floating through the cosmos before landing safely on the moon and joining a colony of other happy, scampering rodents. It's a nut-brain stray thought that might have made Georges Méliès smile.

And when Ramsay allows her actors some latitude to explore and express their emotions, her largely silent approach pays off. The movie's best scenes are the ones between James and Margaret Anne (Leanne Mullen), a slightly older girl who allows herself to be used by the tough boys who so clearly despise her. James expresses his affection for Margaret Anne with more tenderness than carnality and she responds with a protectiveness that betrays her own need for love. There's a touching innocence to the scenes of them cuddling in bed or bathing together. When they sit on the couch afterward, swathed in towels and robes, happily munching cookies and watching the news, they look as if they're luxuriating in a comfort the rest of their lives would never allow them to imagine. And the scene in which the older boys taunt James to take his turn with her, and he merely lies on top of her while she cradles his head, is strikingly original -- a guttersnipe's Pietà.

The hurt and unspoken pain in James' eyes make you want to feel close to him, but Ramsay's episodic, imagistic approach keeps us from getting to his core. Her technique takes the place of his voice instead of articulating it. The cruel realizations that Ramsay piles on James at the end of the film feel plausible and accurate but not emotionally earned. It's unfair to be asked to suffer for a character we've been kept at a distance from. And, paradoxically, for all her poetic touches the movie feels more bounded by the particulars of poverty than the naturalistic approach of De Sica and Ray, which transcended realism to achieve poetry.

I don't want to be unfair to a first-time director by comparing her with two of the greatest filmmakers who ever worked, but when you take on the subject of the hopes of childhood dashed by poverty those are the comparisons you're risking. In the U.K. "Ratcatcher" has been the most praised debut in years, and there's always understandable excitement about a filmmaker whose work shows the signs of a developing visionary sensibility. Lynne Ramsay bears watching. But when we talk about advances in the art of movies we have to be talking about leaps of feeling, not just leaps of technique.