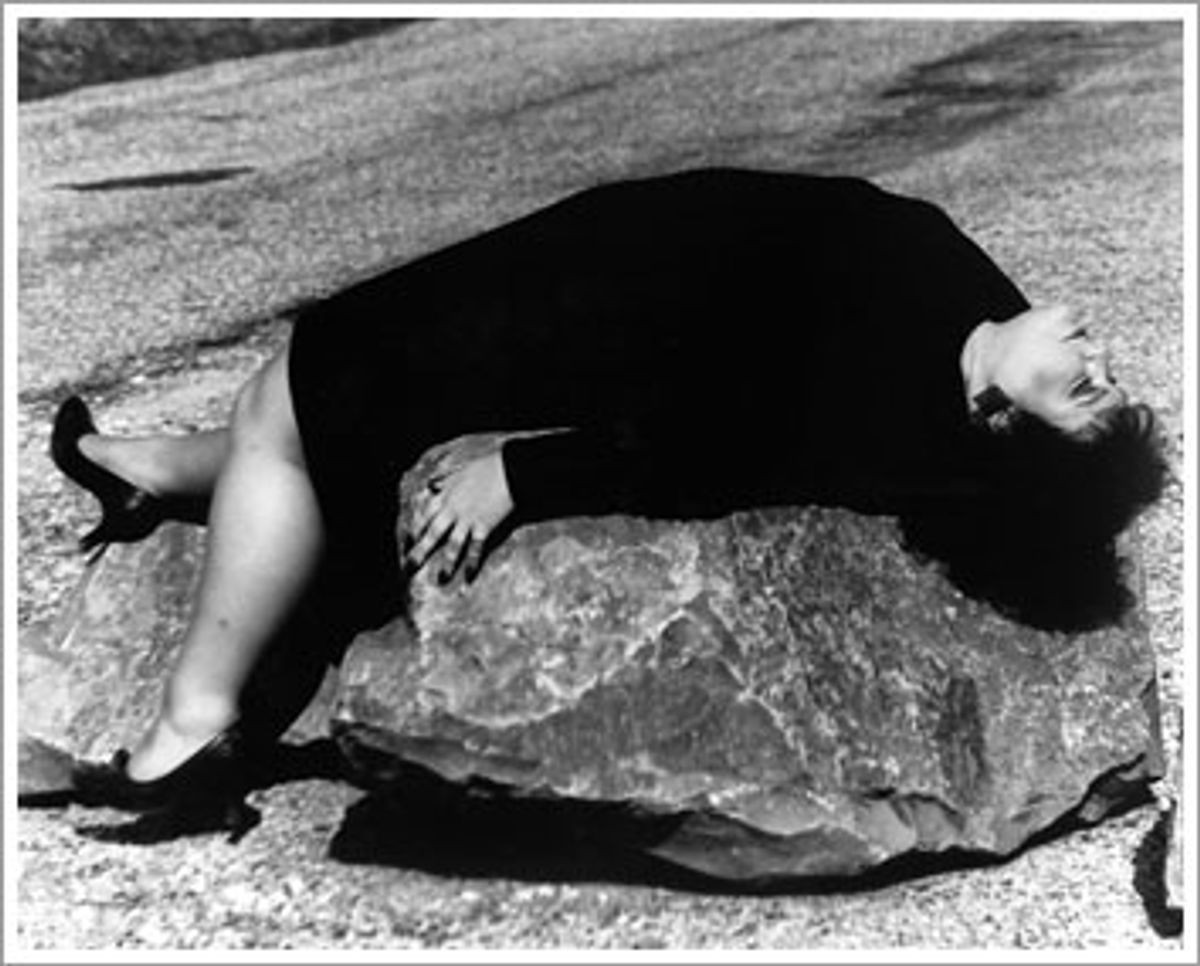 My friend and I were shooting rolls of film at an abandoned train station on the outskirts of Hot Springs, Ark., playing around on the tracks, posing me with luggage as well as an old, beat-up violin case. The shots were mostly of the "When will the train ever get here?" variety.

Near the train station was a road that had been closed off with big boulders. We took a few shots of me standing on a rock and me with a foot on two adjoining rocks ("Stop in the Name of Love!" pose). Then I lay down on one of the larger, flat-topped rocks and told my friend to start clicking. When I saw the print, I thought it was intriguing and artistic.