Who wants a teacher's pet action figure in white underpants who can't even fly? 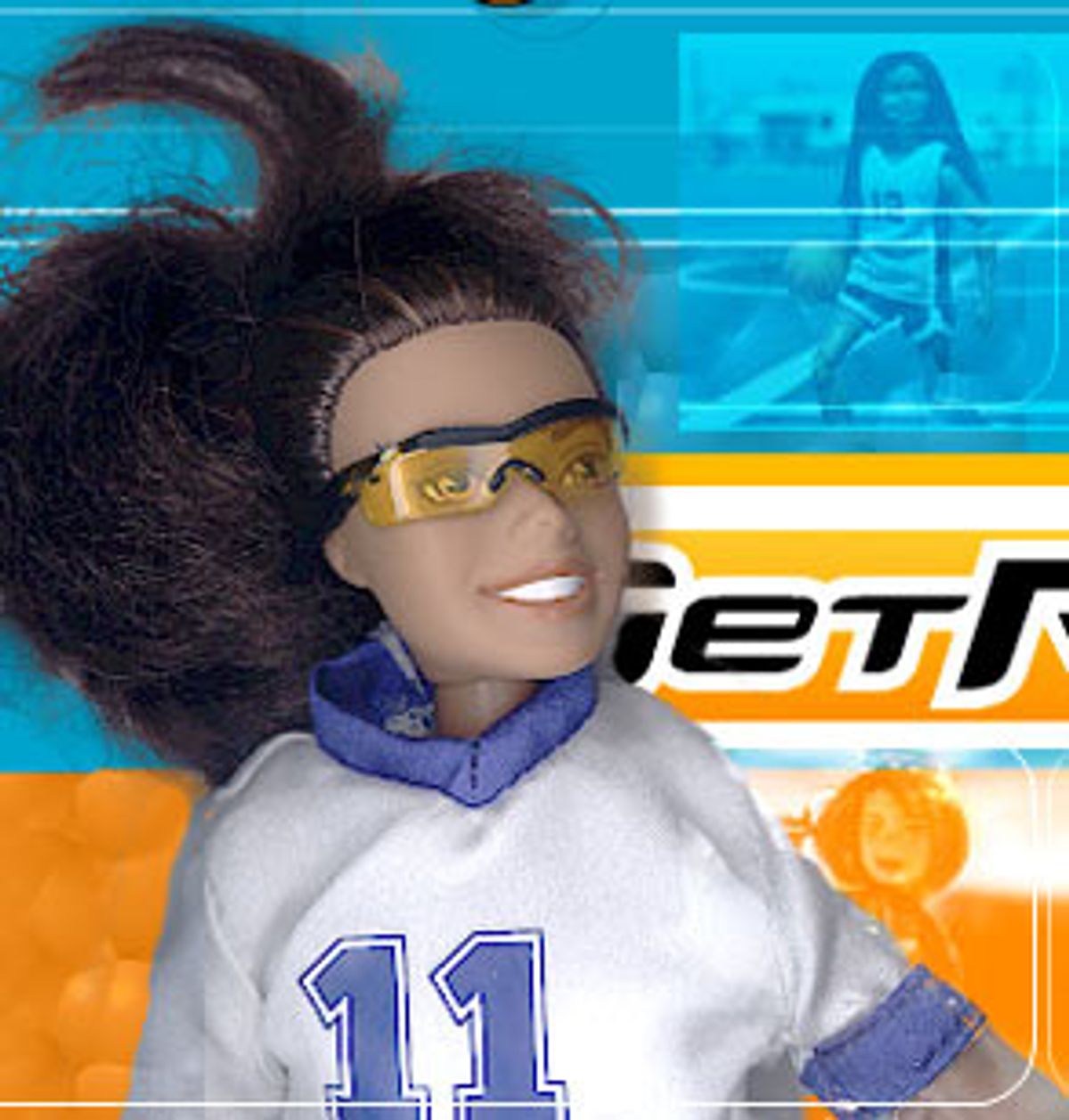 I've made action figures fly out of second-story windows. I've smashed Luke Skywalker against Darth Vader, linked their arms, thrown them both against a wall and ground them into a flagstone patio. I've ripped off Transformers' arms, chewed on the head of Boba Fett, buried G.I. Joe in the sand (one hand showing) and thrown Sergeant Slaughter into the pounding surf. Despite an early-childhood ban on matches, I set a couple of figures on fire (partly for plot purposes, partly to see how their faces would melt).

Never, ever, did I make action figures act like real people. Which makes sense. They are toys. They are tools. They are bendable minions manufactured to do my bidding. Why shouldn't they live eccentric and exhausting lives defying death? Why the heck would they ever be involved with mundane details of existence like eating (anything other than flesh or flammable liquids) or family (other than mutant sidekicks to whom they are distantly related through a nuclear accident) or, God forbid, academics? Action figures are appealing precisely because they are not human -- they are superhuman. They live our fantasies; that's why we love them.

Julz Chavez, creator of the Get Real Girls, seems to have missed this point. She has gone out of her way to create anti-Barbie role models -- surely a noble goal -- but in the process she has ended up creating half a dozen annoying girls next door. The "action" figures, whose most amazing feats take place at high school sporting events, are at the very least boring. At most, they're politically correct, parental pipe-dream merchandise -- teacher's pets that baby-boomer liberal grown-ups will love and their kids will hate.

Just look at the accessories. The most exciting thing they're packing: water (unless you count the hairbrush). Gabi, a Brazilian-American soccer player, and Nakia, a trey-shooting hoopster from New York, do sport some nice new kicks, and Claire, a scuba diver from Mexico, comes with an oxygen tank, surfer baggies, some flippers and a mask. But is this enough? I think not.

Okay, maybe little girls don't put their dolls through the same incendiary ordeals that little boys do. But shouldn't they be given an opportunity to? Why shouldn't little girls be allowed to dream of smashing through the polar ice or soaring above the Eiffel Tower? After all, these are supposed to be action figures -- action figures. They don't just swim and jump and scuba dive! A kid can swim, jump and scuba dive! They do battle; they fly. They are equipped with motorized transport, serious firepower or -- in the case of Transformers -- the ability to actually turn into something else, like a weapon or a creature. It's all about extras that do stuff. G.I. Joe, the Rosetta Stone action figure, had a gun. Hell, even Barbie had a car. Whatever their politics, the hottest, coolest miniaturizations are the ones with the best additional powers. Occasionally these superpowers come from inside -- think X-Men -- but they don't come from a good upbringing or adequate schooling. Sorry, Julz, the action figure is judged on what he or she has, not on who he or she is. Blame capitalism if you need a scapegoat, but that's (inanimate) life.

Of course, if the Get Real Girls had some decent back stories, they could overcome their lack of gizmos. Spider-Man, for instance, rarely came with actual webs, but the idea that he could walk on ceilings was usually enough. But playing soccer, even for a girl, can hardly be considered a tantalizing hook for Real Girl Gabi. Sure, her accompanying journal makes the mixed-race brunet a star, what with scoring goals in Brazil and everything. But where are the shadowy enemies, the forays to other planets? I kept wanting Gabi to score not just on the net she's packaged with -- I wanted her to win the World Cup. Forget learning Portuguese, I wanted her to automatically know 12 languages, become president, turn the South American economy around, then maybe beat back a Communist coup d'état.

By the same token, I wanted Claire to demand more from society than the right to become a female doctor. Where does one go with that? Where is the heart-pounding suspense? Where is the opportunity for her (you) to scream in pain or victory? I wanted her to invent the cure for cancer, solve world hunger, breathe underwater, talk to whales or, better yet, sharks.

And Nini? She's stuck with the most boring triumph of all -- climbing Mount Kilimanjaro. I have chain-smoking friends who have pulled this off. Couldn't someone have given her something more difficult to do? What's wrong with Everest? It's not as if she couldn't do it.

The best thing Nini and the others have going for them is their bodies. Hard plastic and a foot tall, these girls can stand up to a lot of abuse. Swing them by the hair, throw them in the back of a Tonka truck or under some tricycle wheels, and they'll survive. Their torsos swivel, their joints bend better than a gymnast's and a good yank of their heads yield no decapitation. The design allows for a lot -- too bad they have no hope of getting into any intergalactic tests of their stamina.

And too bad these girls aren't cool. In fact, they are no fun. We learn from their journals that they actually long to study things like "technology in music," and enjoy hanging out with their families. (There's a fantasy for you.) I know, I know, we're supposed to use our imaginations. But throw us a bone! This is leisure activity, a much-needed commodity in a world where 3-year-olds are cramming for kindergarten admission exams.

Most damning of all, the Real Girls play alone, on the court or in the ocean. From what I can tell, they have few buddies except for a couple who get a vague mention in their journals. The Get Real Girls exist in lonerland. They don't even know one another, according to the information on the box and the Web site. Well, that's great. We're supposed to live vicariously through teenagers in permanent sports bras, good grades and predictable athleticism -- and no buddies for escapes, rescues and other touch-and-go subplots.

Not me. These girls look far too much like the kids your mom was always bugging you to be like, the ones with everything in order on the outside and no secret super-empowering shame or mutation to make them especially cool and your best friend, next to the dog. I'm an adult and I get the Get Real Girl intention. But as a former kid, I'm not buying it.