If Al would put his hand on Bill, the whole country might be turned on. 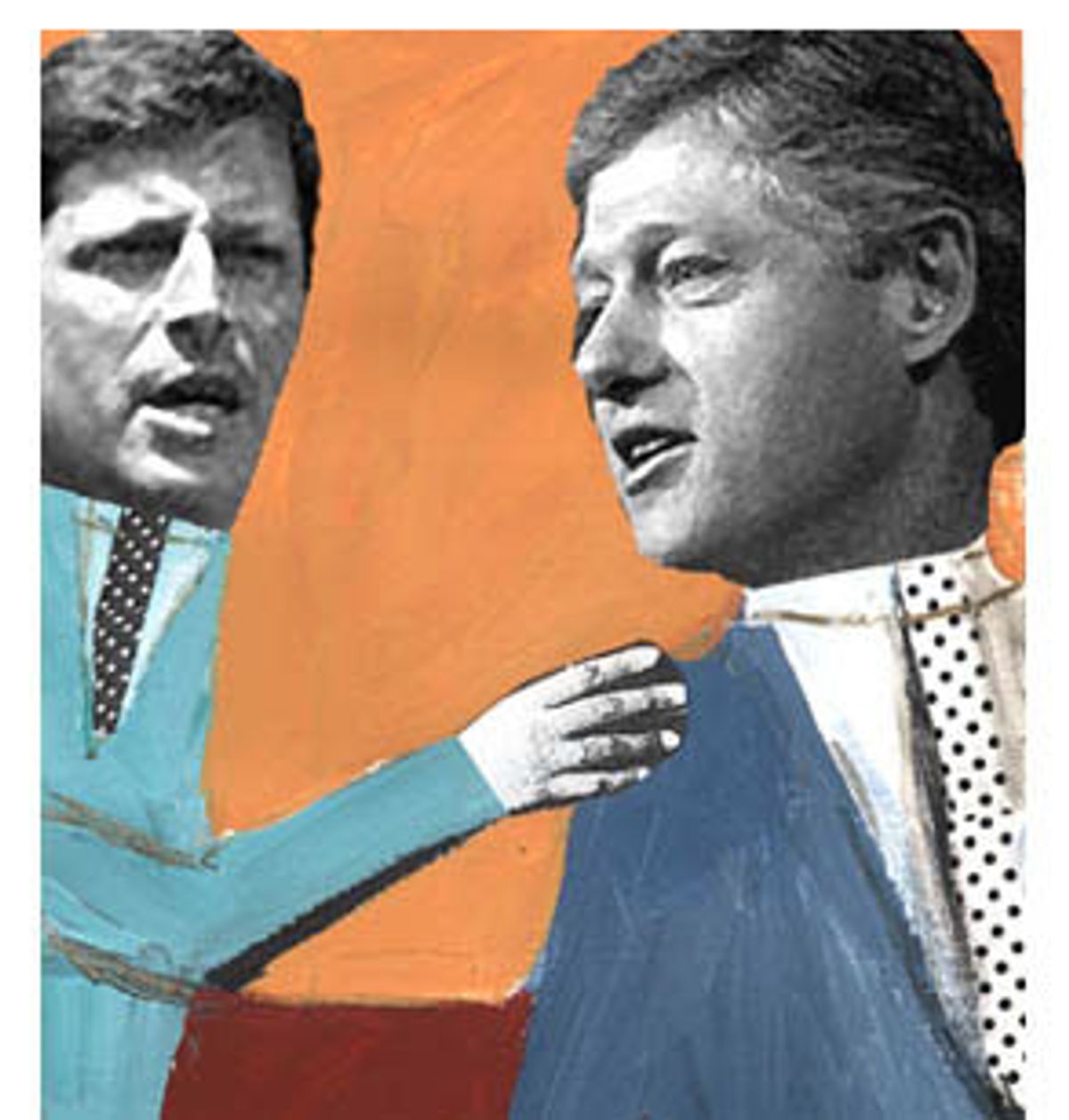 This week's turn-on isn't happening, isn't there. And maybe all it needs is the grace of one warm touch -- nothing too carnal, just a hand on the small of the back -- enough to make that back seem larger and more generous. I'm talking about President Clinton's absence from Al Gore campaign.

A friend of mine has a daughter -- 25, gorgeous, not long out of college, working for Gore in Nashville -- and the other night the daughter rang her mother in tears. She said there was disarray everywhere, broken communications, decisions going unmade -- a steady, creeping feeling from the polls that Bush was growing (like a weed). Worse still, there was the feeling that Nader was making more states perilous. And Al Gore didn't have it in him to shift ground and ask Clinton to be out there with him. Disarray and dismay may be common in campaign headquarters when the race is close, but I doubt Bill Clinton allowed too many gorgeous 25-year-olds to be demoralized, or think of phoning home.

Something in Gore is determined not just to do without Clinton, but to not like him either. You can guess why. Any vice president is going to be belittled and exploited a lot of the time, even if Gore is the most active VP we've ever had. Plus Gore has to learn everything that Clinton gets naturally. Plus Clinton lied to Gore, along with everyone else. And maybe there are millions who so despise Clinton, the sight of him with Gore would poison their minds. (But I'd guess those millions would never vote Democrat anyway, so they don't much matter.)

Whereas, what happened in the past four years was that a lot of undecided people saw that Clinton was a dope, and a jerk, and a flake and a damn good president and a very smart guy and a genuinely warm man. Oh, there was a place in his life and his day where the warmth met the jerk, and turned him on. Which was squalid and horrible for the families involved, and which led Clinton into the great sin of lying to his nation. He should have resigned for that.

But he didn't, and one consequence of this was that we all had a chance to grow up about sex a little bit. Clinton has governed well and with luck (and America likes that mix). Now Gore lacks the campaigning instinct or the human flexibility to take advantage of that. It's the most damning sign of his people problem -- the stiffness and the exaggeration, the yearning to be ordinary and the awful rigor of his training.

Clinton can be as natural as a rat. Maybe he can't control himself. In our time, only John Kennedy and Reagan have had that eye-in-the-mirror style. It's tricky, for sure, and it may not always be honorable. But it keeps spectators on their toes -- it's like being with someone. You only have to think of how many politicians have never been able to get close to that ease to know how much it matters. (If anything turned Nixon crooked it was watching himself -- and don't think he didn't.) Bill Clinton is a sexy dog who can't grow up, and funny, and smart, and charming, and natural. Al Gore is dying for a cup of natural.

Gore kissed Tipper for -- how long was it? 200 years? -- and it impressed people because it seemed so deliberate, so exaggerated, so aimed. If his hand could rest on Clinton's shoulder for 10 seconds, and if they could share one sneaky, dirty grin, the ship of state could be turned on again. Otherwise ...