The slaying of actor Anthony Dwain Lee by a black officer is evidence that many black cops have the same prejudices as their white colleagues. 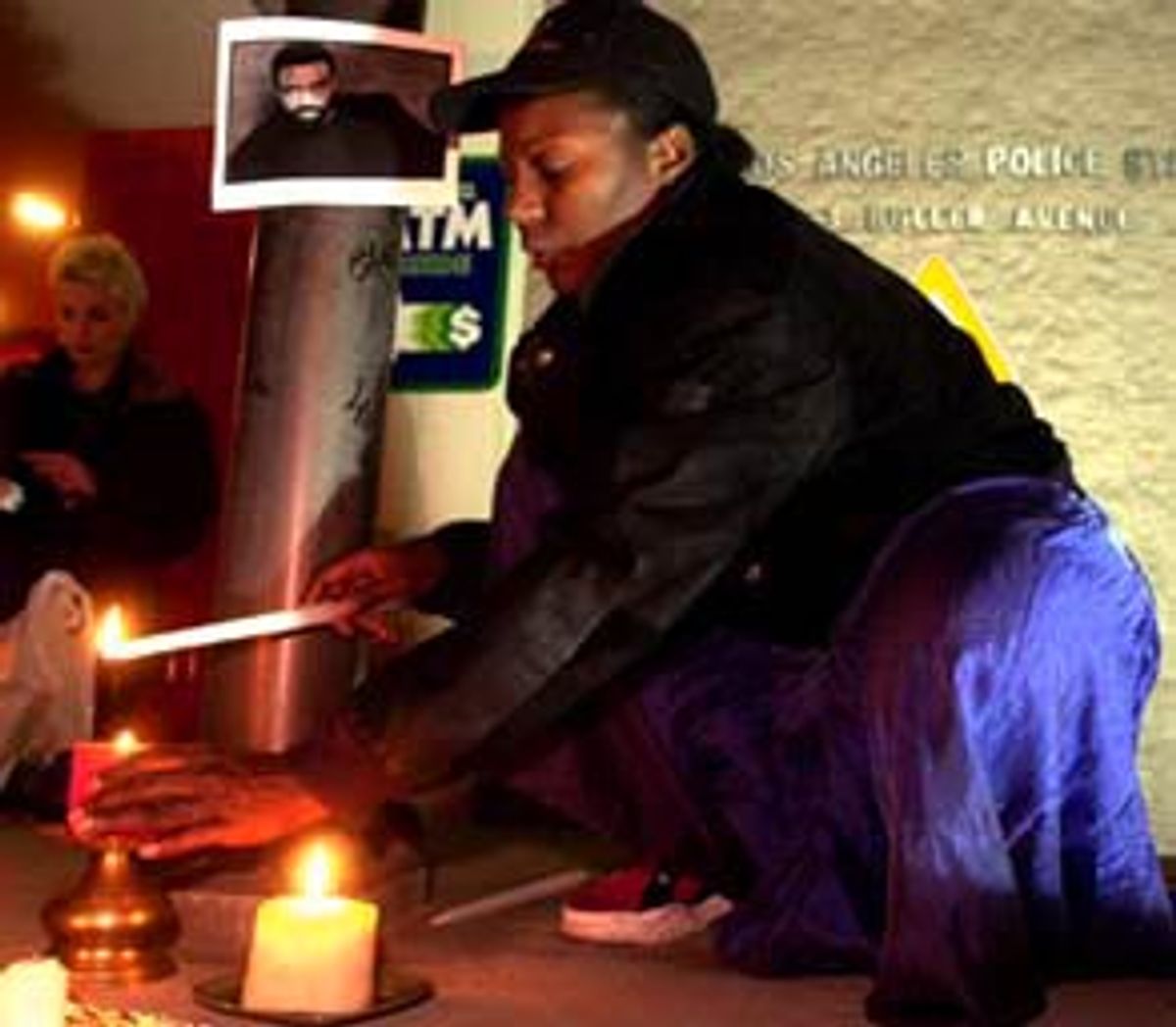 Anthony Dwain Lee told a friend that he feared he would be killed by the police because he's a tall black man. The promising and popular film and TV actor's worst horror became a deadly reality when he was gunned down by an officer at a Halloween costume party in Los Angeles last weekend. The officer claimed he fired on Lee through the window of the home when Lee pointed a gun at him. The gun was fake. Partygoers instantly disputed the police version of events and said that Lee could not have seen the officer through the window. The killing had an even more tragic twist that Lee probably could not have imagined. The officer who shot him,Tarriel Hooper, is African-American.

Surprised? A black cop killing an unarmed black under highly questionable circumstances is no longer an oddity. In the past two years black cops have gunned down unarmed blacks in Chicago, Cincinnati, Atlanta, Baltimore, Washington and Los Angeles. The irony is that black leaders have long clamored for more black cops -- arguing that black officers would be less likely than racist white cops to brutalize other blacks. This, of course, is pure fiction.

A recent report by the Justice Department found that a majority of white cops do not think that police are prone to treat blacks more harshly than whites. A sizable number of black cops agreed. Worse, many black cops are also infected with the "us vs. them" police siege mentality, and will commit and then attempt to cover up misconduct or brutal acts. Despite massive public attention and outrage over the blue code of silence, the Justice Department survey found that 80 percent of police officers either believed the code of silence was necessary to do good police work or feared retaliation from other officers or the top brass if they squealed on bad cops.

The problem of blacks using deadly force against other blacks will probably get worse. Since the 1970s, the number of black officers has soared. There are now more blacks on big-city police forces than ever before, and many of them are young, recent recruits. Hopper had only served on the LAPD three years before last weekend's incident. Black officers are often assigned to work in low-income, black neighborhoods. It's a sad but undeniable fact that black and Latino males commit more major and violent crimes than whites, that many police are convinced black communities are dangerous and risky places where violent thugs abound and that every encounter is potentially life-threatening.

Criminal justice experts agree that no matter how much training officers get, how they react in a situation on the streets depends on their own apprehensions and prejudices, and police work tends to aggravate whatever prejudices officers harbor. Many black officers have the same prejudices as whites. They do not live in, or did not grow up in, impoverished black neighborhoods, and they see them as hostile and alien places. Many are just as jittery as white cops at the prospect of an armed encounter with other blacks.

But black cops killing other blacks isn't the only problem -- it's also the blind spot many black police officials have toward the shooting of unarmed blacks. This was glaringly evident in the aftermath of the killing of Margaret Laverne Mitchell, a black, middle-aged, emotionally disturbed, homeless woman who was slain in an altercation over a shopping cart in May 1999 by an LAPD officer. After demonstrations, marches and angry protests, LAPD's black chief, Bernard Parks, ruled that the officer used "bad tactics" but had acted within department policy in the shooting. But the L.A. Police Commission defied Parks and ruled the shooting "out of policy." Yet more than a year later, there is still no indication that Parks has done anything to punish the officer who shot Mitchell.

There's no reason to expect much will be different with the shooting of Lee, who was featured in such TV shows and movies as "ER" and "Liar, Liar." Given the opportunity, Parks would have instantly discounted Lee's fear that he'd be the victim of police racial profiling. While other police departments in California and throughout the nation have agreed to keep racial statistics on stops, Parks resists. He lobbied hard in 1999 to get California Gov. Gray Davis to veto a bill mandating that law enforcement agencies collect racial data to determine if police engage in profiling blacks and Latinos. It took the Los Angeles City Council, fed up with Parks' obstructionism on the issue of racial profiling, to finally order the city's police chief to come up with a plan to compile racial stats.

None of this is any consolation to Lee. He believed he would be killed because he was black. He did not know that he would be killed by a black officer. But he was -- and that's a warning to blacks that black cops are no answer to the corrosive problem of police violence.