Bertelsmann's deal with Napster proves once again that the media conglomerate is obsessed with being more than just a content company. 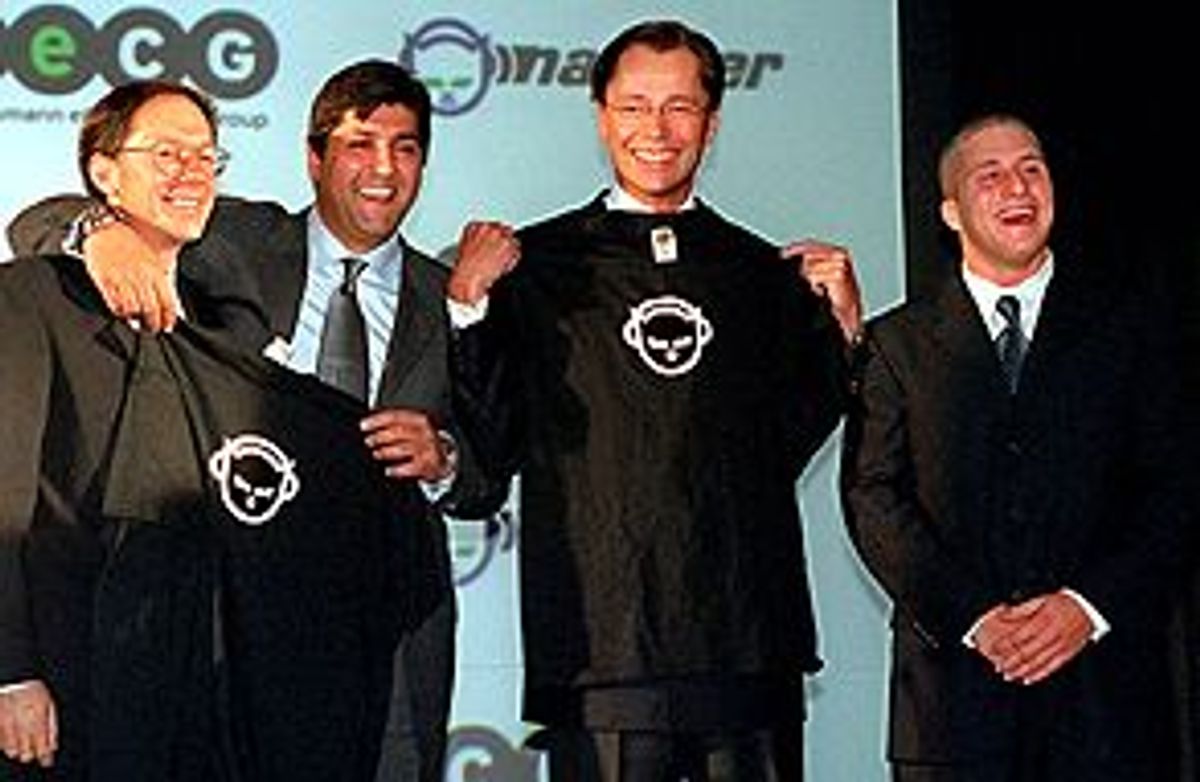 When Bertelsmann announced Tuesday that the company had struck a deal with Napster, executives with the German media giant portrayed the company as a hero, an avenging industry maverick that would lead the kicking-and-screaming recording biz into its online future.

Bertelsmann-owned BMG, the fifth largest record label, had been a party to the Recording Industry Association of America's (RIAA) suit against Napster. But now the parent company was demonstrating that it gets online file-sharing, and went so far as to paint the other major music labels as just so many old-media dinosaurs unable to deal with the changes forced upon their business by new technology.

"The industry has not embraced the usage of file sharing -- we, together with Napster, are going to change all that," said Andreas Schmidt, the president and CEO of Bertelsmann's eCommerce Group. "Somebody had to step up to the plate and take the leadership position." Inside.com called the deal a public relations coup for the company.

But while the precise details of the deal are as yet indistinct, one thing is very clear: Bertelsmann has a long history of seeking to own both media content and its channels of distribution, in classic media conglomerate synergistic style. And there's really nothing at all maverick about that. Bertelsmann is aggressively seeking new ways to profit from music. It remains to be seen whether consumers will end up viewing such behavior as truly heroic, or merely monopolistic.

Within the book industry, where it is now the single largest publisher, the company is regarded as much for moving product as it is for picking good authors and titles. But in 1998, Bertelsmann raised antitrust angst among authors and agents when it bought Random House and combined it with Bantam Doubleday Dell. The deal created the largest publisher in the world by far; the new company is nearly twice as big as its closest rival, Penguin Putnam.

Bertelsmann also owns 40 percent of Barnesandnoble.com, the second largest online bookseller after Amazon.com. It also sells all kinds of media at Bertelsmann Online, which has electronic storefronts in Germany, France, Switzerland, the United Kingdom, Spain, Japan, Hong Kong, Singapore and the Netherlands. And Bertelsmann owns the struggling music retailer CDNow.com. As early as 1995, Bertelsmann owned a large chunk of America Online, selling its stake only after AOL agreed to purchase Time Warner this year.

Buying into Napster is hardly a departure, then, from Bertelsmann's well-established expansion strategy. And while the news may do a lot of short-term good for Bertelsmann's image with music fans, it's not necessarily a cause for celebration. When one entity owns both the creative product and the sales channel, it can call the tune to which consumers must dance. So let's hear no more praise of maverick cowboys shaking up the prairie power status quo. Should Bertelsmann and Napster succeed in charging Napster fans to pay to listen to tracks by BMG artists like Whitney Houston, it'll be just one more victory for big company profiteering.