Tomorrow, he would be sterile; today he needed to collect his sperm. And I had to teach him how to do it. 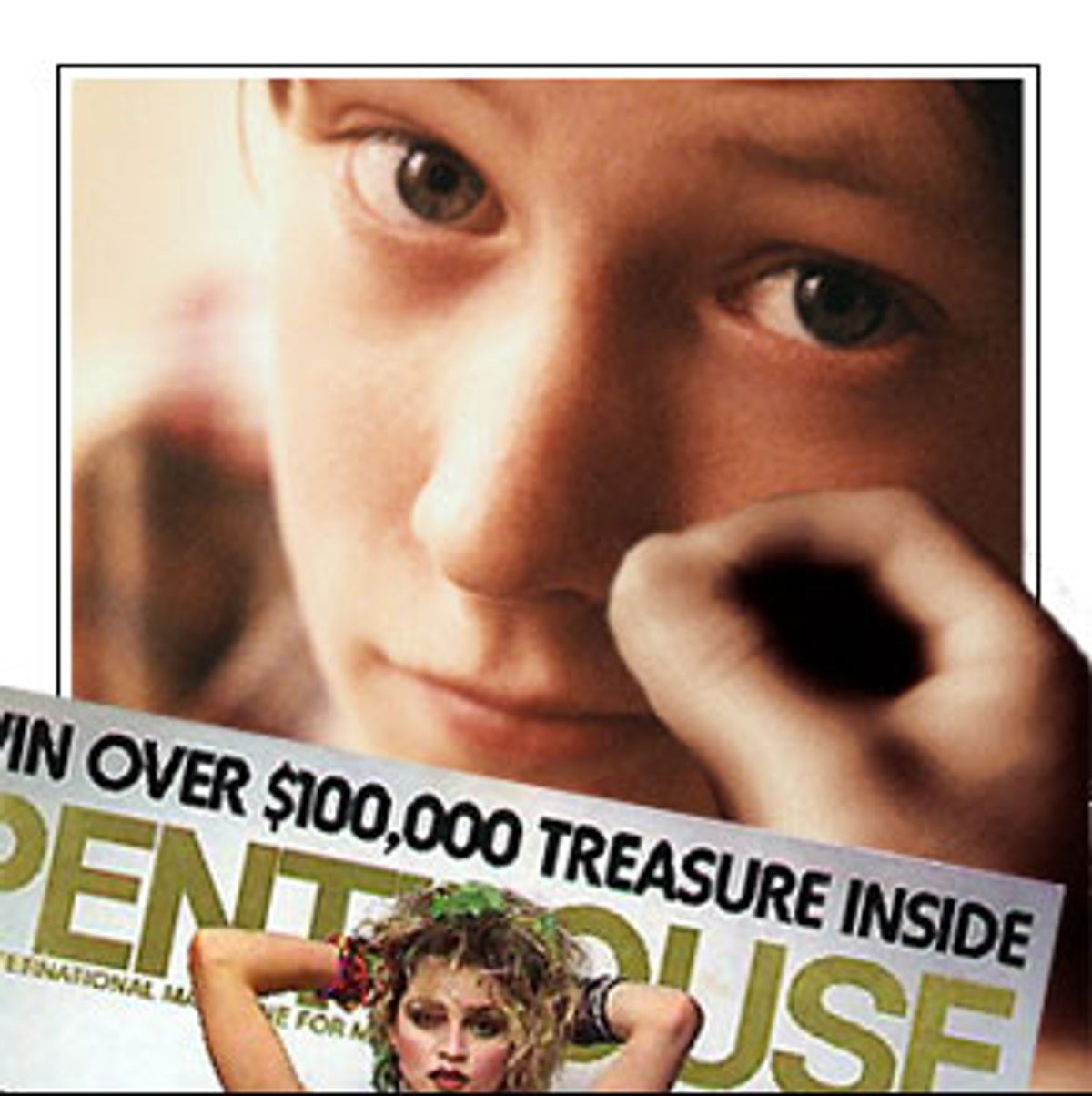 Fifteen-year-old Michael sat up in bed, his body wracked with spasms of nervous laughter. It wasn't supposed to be funny. I wanted my explanation to be matter-of-fact. Medical. Scientific. I didn't want any taint of adolescent shame following us into the room.

Then he looked at me and said, "Are you a whacker?"

I walked out of the shower, grabbed my towel and dressed as fast as I could, his taunts echoing through the locker room while I struggled to lace up my sneakers.

I didn't want Michael to feel any of that confusion. I didn't know his level of experience, but I hoped that with a few simple instructions, we could just get the job done.

I instructed him to make an OK sign with his hand and put it beneath the head of his penis, then move his hand up and down on the shaft. I was about to explain ejaculation and the donation cup when his damn smile hooked me and dredged up my memories of adolescence, familiar and awkward.

When we first met, Michael was sitting cross-legged and silent on his bed, like a gentle monk. He was about to begin the chemotherapy he would have to endure for the next six days. At the end, he would get his bone marrow back.

Michael's room was clearly the room of a new patient. Unlike the rooms of most adolescents on the transplant unit, where these young warriors live for up to three months, Michael's room was still barren. There were no posters of Shaq or Peyton Manning on the wall. No Sega Genesis attached to the hospital television. No soccer magazines, football helmet puzzles or CDs piled in the corners behind the I.V. poles and whirring machines.

We talked for a few minutes about the chemotherapy, and he asked me, as my patients often do, about my experience.

For many years I didn't tell my patients that I had endured my own bout with cancer. I explained to my supervisors that I didn't want to distract patients from the business at hand, and, after all, everyone's path is different.

But there were other, more powerful reasons. Each time I began to talk about my treatment, I would feel a sudden heave in my chest, like the time I'd climbed too high on a rock outcropping and felt the ledge starting to give way.

As time passed, it grew easier. And now, eight years after my last treatment, the transplant coordinators who introduce patients to the unit tell them that there is a psychologist available who has had a bone marrow transplant.

So I told Michael what I remembered about being patient, and gave him my lecture about staying as active as possible and some advice for coping with isolation. Then Michael asked if I had children. It was a good question. Many of the chemotherapy agents used in bone marrow transplants cause permanent sterility, and his would definitely make him sterile. Next to the possibility of a relapse, fertility issues are the No. 1 concern of cancer survivors.

"Michael, did you freeze sperm?" I asked him.

He lowered his head and studied his hands, turning them over slowly.

He explained that his parents had wanted him to bank his sperm, but with so many other urgent matters to attend to -- insurance and medical clearances, jobs paused and school arrangements for siblings -- it still remained unfinished business. And probably pretty awkward business, I thought to myself.

After I left his room I paged my wife, a nurse practitioner who works on the bone marrow transplant unit, and explained the situation. She phoned the attending physician and, together, they decided to postpone the transplant for a day. It was an expensive decision -- each day a patient stays on the transplant unit costs thousands of dollars.

That afternoon a laboratory Ph.D. from reproductive endocrinology appeared in Michael's room. As Michael listened, the hunched man in baggy clothes baritoned some clipped words about "the specimen," alcohol wipes and timing. Then he made a quick exit, telling the nurse to have "the specimen" brought to his lab immediately after "collection."

As the afternoon passed, Michael's nurse noticed that the donation cup still sat, unused, on his bedside table. She asked him why he hadn't used the cup.

"Won't what hurt?" she replied.

He pointed at the donation cup. She stood staring at him. Then she realized he had no idea what to do.

The nurse appeared outside my office at 5 o'clock. I was checking my mail and getting ready to leave. I had just noticed that my favorite Macintosh catalog had arrived when a plastic donation cup landed on its multicolored cover.

I looked up to see Maria, Michael's nurse, walking away. She called back over her shoulder, "The team talked about it. He doesn't know what to do. You started this; you finish it."

Still, my assignment was clear. An hour later I found myself in Michael's small, barren room. And I'd already had my first embarrassment of the evening. After Maria left, I had driven down the street to the Quik-Mart, where I purchased a Penthouse for Michael. I didn't know his sexual orientation, but I hoped the magazine would have something to offer him, regardless of his preference.

I was standing in line with the magazine clutched under my arm when the chairman of pediatrics came through the door. He nodded at me in recognition, noticed my purchase and quickly headed to the opposite side of the store. I wanted to yell, "It's for a patient!" -- but I realized, just in time, that such a protest would not help.

Sitting across from Michael, I tried to be as stoic as possible. When his laughter subsided, I told him I was going to give him a great gift.

"I'm sure you've heard about this," I started, "but just for my sake I'm going to tell you every detail so I know you understand."

After I had finished the portion of my lecture devoted to technique, I gave him the magazine and told him to find a page with pictures that he found stimulating.

"You have to hold the magazine open with just one hand," I began. "When you find yourself getting excited, a feeling of release building, drop the magazine and concentrate on capturing the sticky stuff that comes out of your penis in the cup. You can do it. I'll be guarding the door. No one's going to walk in on you."

A moment later he knocked at the door. When I opened the door, he stood there in his pajamas.

He went back into the room.

A few moments later, he knocked again. I opened the door.

"I must be too nervous."

Realizing my omission, I replied, "You know, it takes a while."

Four minutes later the door opened and Michael's hand emerged, holding the cup. I took the cup. Before the hand disappeared into the room its thumb moved -- a thumbs up.

Clutching the cup, I raced down the hall toward the reproductive endocrinology lab.

That night, at home, the phone rang. It was dinnertime and it took me a few rings to get the receiver to my ear. I listened as the clinician with the baritone listed the features of Michael's sperm, its count and motility, all of it good. Michael's sperm had been successfully frozen in liquid nitrogen. When he was ready, chances were good that he'd be able to use it to have a family.

When I hung up, I lifted Alexandra, my 2-year-old, the product of sperm I froze in 1987, to her chair at the kitchen table and spread a napkin in her lap.