Bush lied about his arrest, a reporter says

The Texas governor said he had not been arrested since a 1968 college prank, covering up the 1976 DUI incident. 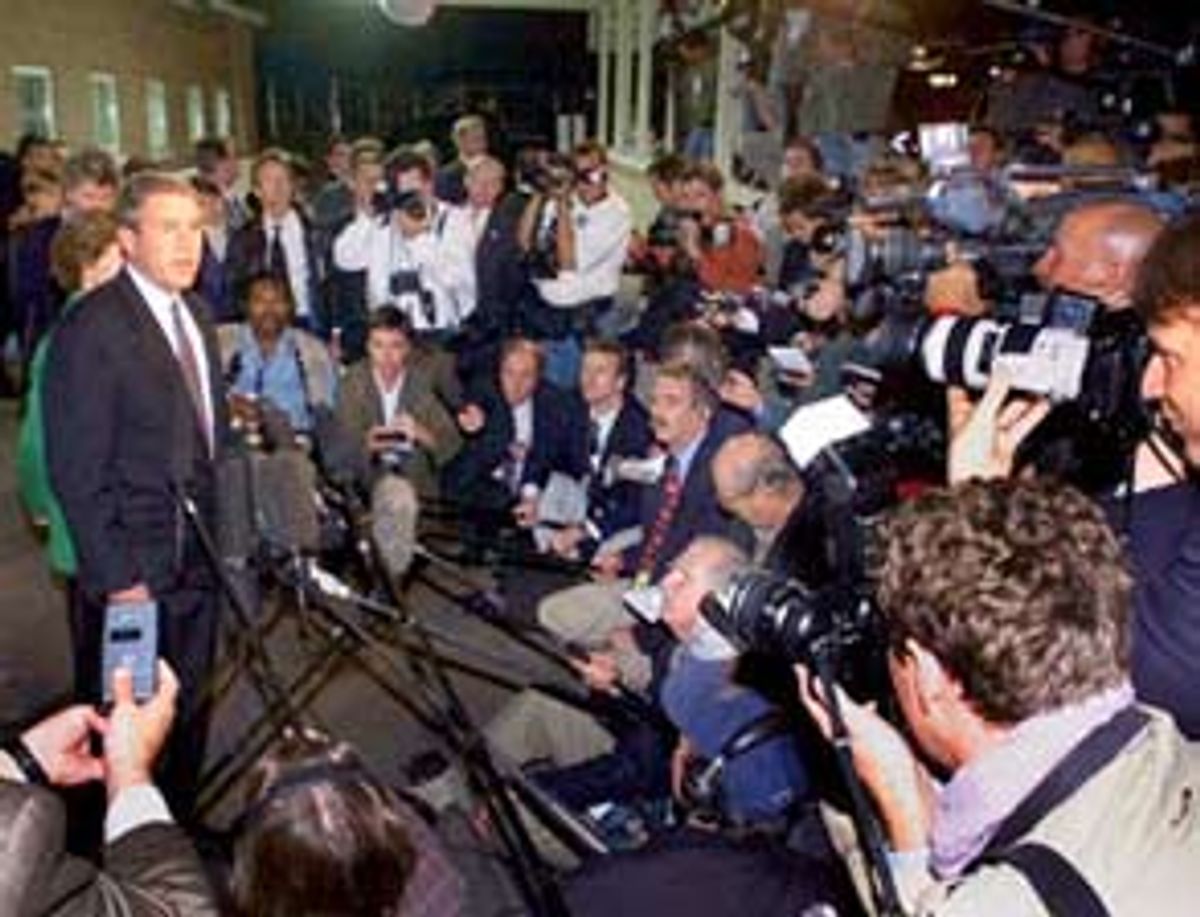 Sitting in the bar of the downtown Hyatt Hotel here Thursday night, Mark McKinnon, the media advisor to Gov. George W. Bush, was smoking a stogie, looking serene. He said he thought that his boss's disclosure earlier in the day that he had been arrested for driving while intoxicated in Maine in 1976, at the age of 30, would blow over.

"I did 13 one-person focus groups," McKinnon joked, saying that he'd called family and friends, who all reassured him that their positive impression of the governor hadn't changed as a result of the story, which was broken Thursday evening by the Portland, Maine, NBC station. McKinnon, who wouldn't say whether he had known of the arrest previously, did allow that the story could become more of a problem for the governor if it surfaced that he had ever lied about the arrest.

And by the next morning, it began to look as though Bush had, in at least once instance, lied about it.

In the media's breakfast room, Wayne Slater, a reporter with the Dallas Morning News, confirmed an account, first mentioned in the New Republic, that in the fall of 1998 Bush had lied to him about whether he'd ever been arrested after 1968.

In the midst of Bush's gubernatorial reelection effort, Slater reported that while in college, Bush had been arrested for stealing a Christmas wreath from a New Haven, Conn., hotel. Cornering Bush in the press room of the State Capitol in Austin, Texas, after a press conference, Slater pressed Bush on his arrest record.

"I asked him if he'd ever been arrested after 1968," when the wreath incident took place, Slater recalled. "And he said, 'No.'"

Slater emphasized the context of the conversation, however, and his gut feeling now that Bush was on the brink of disclosing the 1976 drunken-driving arrest to him. "When he said the word 'no,' clearly he wasn't telling the truth," Slater said. But, Slater said, he then asked Bush if "had he ever been arrested before 1968, and he said, 'Well ...,' and I felt he may have been ready to correct what he had just said, but [Bush spokeswoman] Karen Hughes stepped in and stopped the interview."