Sometimes surreal, disjointed images in a dark movie theater are the most revealing ones of all. 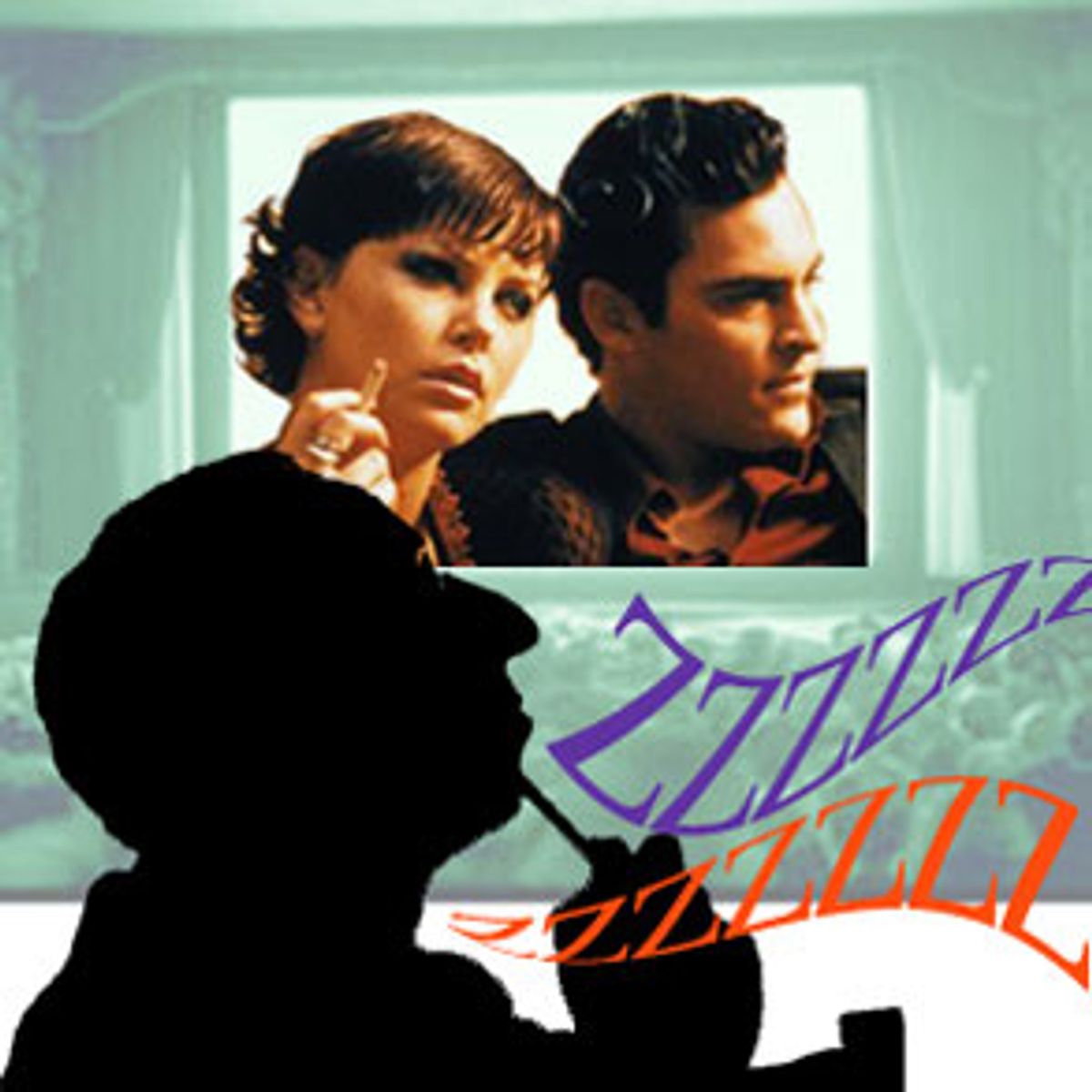 In the early days of the movies, different people had different ways of using the new form. Some waited for stories to be told. Some longed for sights they had never see before -- the exotic and the forbidden. And others treasured the automatic, random glimpses of pure visibility -- I mean moments of passing time, inexplicable, ordinary, yet wild too, like things seen from a train as it slides past the back windows of intimate lives.

The leaders of the surrealist movement had a game they played. This was in the 1920s, in Paris. They would gather on the street and enter a cinema, but only once the film was well underway. Then, for a few precious moments, they would absorb the calm frenzy of the imagery -- until they worked out the story. Whereupon they decamped, found another theater and went into its thriving dark. Expensive moviegoing, perhaps, though ideally catered to by today's multiplexes, where the seeker of pure, astonishing imagery can go from one room to another.

There is another way of reaching a similar effect, which is to go to one of our modern movies in a state of extreme fatigue. It was thus that I encountered "The Yards," a slow, sad film replete with sepia, brown and the colors of earth in which ... Well, it's about racketeering trouble in the railway yards, and a rather dull young man (Mark Wahlberg) who eventually informs on the ringleaders.

There's more; there must be. But I will admit that, in a warm and nearly empty theater, I dozed away large stretches of the film's interior. This allowed me the piercing experience I want to describe. I awoke -- I won't attempt to say where this comes in the course of the film -- to see a very beautiful shot, shadowy in its outer surrounds, so that the eye and wondering were led into a distant view of Charlize Theron, naked above the waist, making love to Joaquin Phoenix.

I have always liked Theron, without quite knowing why. As I came to, or woke up, and saw her giving her breast to Phoenix's dark head, I knew. Absolutely. She resembled my mother. There was some certainty in me as I watched that I had been there before, been the dark head and the watcher both.

My mother has been dead 24 years. I cannot claim to think of her every day, with loss. This is not, in other words, a pressing issue in my conscious life. Still, I knew what I had seen, and I had the sense to wake up, to rally myself, to really look at Charlize Theron. And then it was clear to me that she did not really look anything like my mother. But even if I do not recall her, I cannot forget that at a certain point in the grade of waking, with that certain shot, its lighting and its angle, I knew she was my mother.

Of course, this is not proper or useful stuff for a film critic to get into. Critics are supposed to stay awake with a film. But life has levels; insight does not always follow the dotted line. So, gently, I urge you to see that there may be strange, lovely, inadvertent ways in which the throes of dreaming can connect with projection. Who knows where all the windows are for seeing in the dark?