The Supreme Court weighs whether the EPA overstepped its authority -- and public health hangs in the balance. 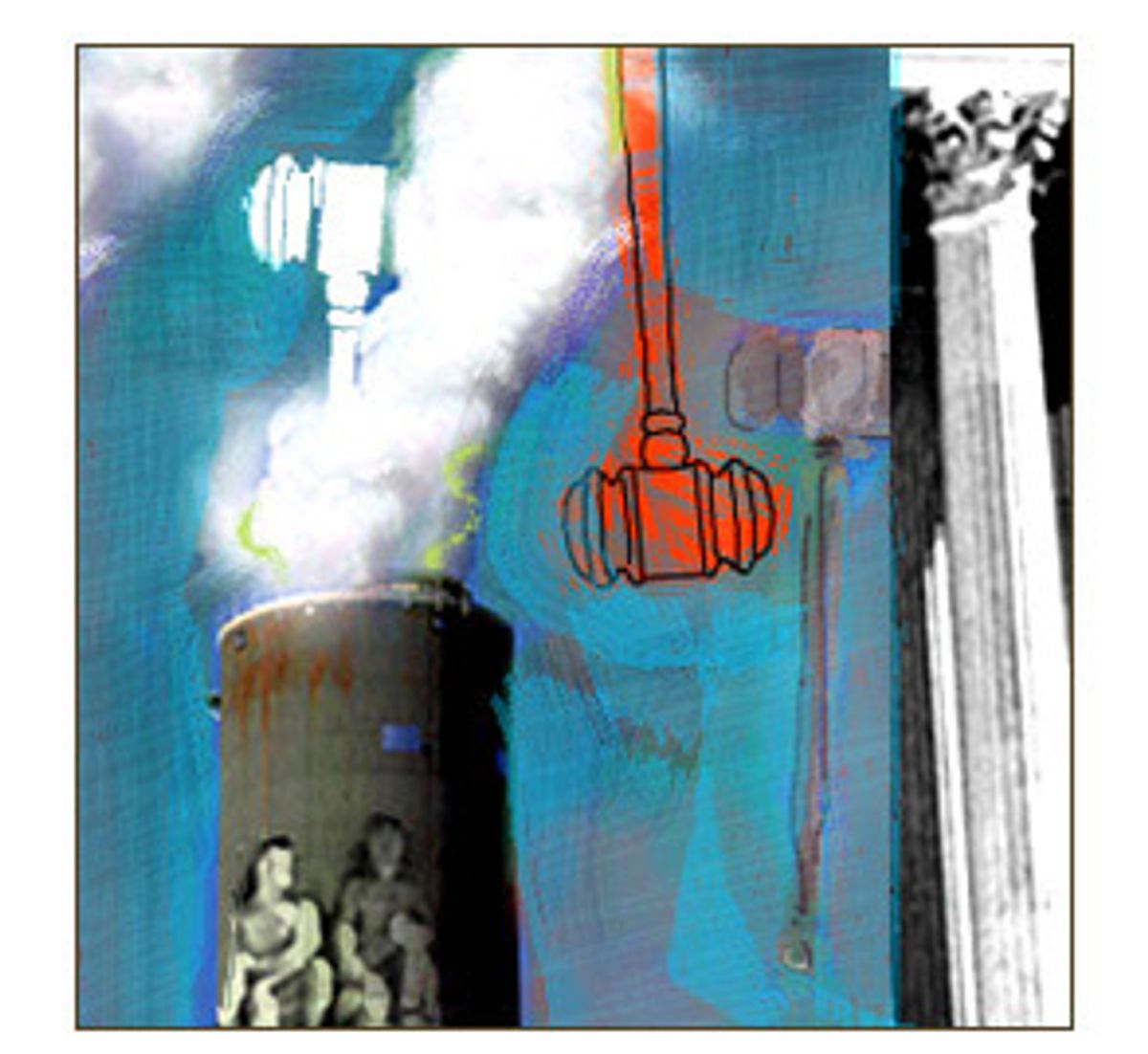 It must have seemed like a no-brainer to officials at the Environmental Protection Agency when they tightened federal standards on fuel emissions three years ago. After all, the agency defended its decision with studies showing that the new regulations could annually save 15,000 people from dying prematurely, hundreds of thousands from developing severe asthma and 1 million from impaired lung function.

But industry groups did what industry groups often do when faced with unpleasant regulations: They sued. The agency had overstepped its authority, they claimed, and abused its congressional mandate under the Clean Air Act.

On Wednesday, the U.S. Supreme Court will hear oral arguments in two linked cases involving the new emissions standards -- just one day after the election that will determine who gets to appoint any new justices for the next four years. And much more than the power of a single agency is at stake: The EPA cases represent one of the greatest challenges to federal regulation in years. Most Americans don't think of the Supreme Court as an arbiter of public health, but how the closely divided court rules on this issue could have monumental impact on how much latitude all federal agencies have to safeguard the public welfare.

In the presidential campaign, much of the discussion over possible Supreme Court appointments has focused on the fragility of Roe vs. Wade, the landmark 1973 ruling that legalized abortion. As critical as preserving Roe is, the EPA cases make clear that the next president could play a vital role, through his eventual nominees, in the ongoing struggle between conservatives who want to curb federal power and liberals who do not.

The court gave some indication of its leanings in a case earlier this year when it ruled that the Food and Drug Administration does not have the authority to regulate tobacco. That 5-4 decision -- with Anthony Kennedy and Sandra Day O'Connor joining conservative stalwarts William Rehnquist, Antonin Scalia and Clarence Thomas -- must have given Joe Camel reason to smirk.

After being pummeled by anti-smoking forces for years, the tobacco industry reveled in its rare victory. By rebuffing President Clinton and throwing major roadblocks in front of the government's anti-smoking initiative, the court's ruling will have a profoundly negative impact on public health because it blocks federal efforts to protect the nation's youth from the hazards of smoking. A broad array of FDA regulations to discourage teenage smoking -- from advertising restrictions to rules governing sales to minors -- are threatened in the wake of the court's decision.

In the issue before the court, the EPA regulations seek to tighten emissions standards for ozone, a key component of smog, and particulates, tiny bits of matter that are a byproduct of fuel consumption. But many industry trade groups and conservative organizations with little interest in the environment, fearful about what they view as excessive regulation by Washington bureaucrats, have lined up to support the plaintiffs in Browner vs. American Trucking.

The case gained national attention when industry groups won a dramatic victory in federal appeals court last year. Now it is up to the nine justices to decide whether the EPA usurped Congress' legislative role in enacting the tough standards. They will also rule on whether the agency must weigh the cost of new regulations before establishing controls -- another issue that could have broad impact on how federal agencies do their jobs.

EPA officials insist that the pollution standards are needed to protect public health. Even the appeals court that struck down the standards acknowledged that the evidence showing a relationship between soot and health problems "amply justifies establishment of new standards." Yet the court also ruled that the agency did not have the authority to do what it did.

Whether the Supreme Court will be as divided as it was in the FDA case remains to be seen, but another split decision along strict ideological lines is certainly possible. Obviously, because the law can't foresee and spell out every eventuality and particularity, it is always subject to varying interpretations. But when public health issues fall into this gray zone, the results can be deadly for many.

The dissenting judge on the three-member appeals court panel that heard the EPA cases alluded to this problem when he argued that diminished federal authority could reduce the government's ability to protect the public interest. He cited other agencies besides the EPA -- like the Agriculture and Justice departments -- that could be curtailed, and envisioned a scenario in which the government might be unable to regulate new drugs that pose a threat to public safety.

Clearly, when important medical issues are at stake, it helps to have justices on the Supreme Court who are sympathetic to the use of federal power to protect public health. Unfortunately, a majority on the current court do not seem to share this view. If Gore wins, that balance could shift back toward greater power for the federal government. Bush, however, has cited Thomas and Scalia as his two favorite justices, so his appointees would be likely to nudge the court even further in its current direction.

The FDA decision, in particular, was a disappointing setback in the long saga of the tobacco wars. Just when it seemed as if the nation was finally coming to grips with the single most preventable cause of death in America, the Supreme Court stymied further progress with its narrow interpretation of the Food, Drug and Cosmetic Act.

In one quick stroke, the court arguably did more damage to public health in the U.S. than any court in history. O'Connor, writing the majority opinion in the tobacco case, seemed to acknowledge as much when she noted that smoking "poses perhaps the single most significant threat to public health" in the U.S. Yet she signed on with the conservative justices even though the decision could consign millions of Americans to premature death and disability. Given the ambiguity of the law, it was an unnecessarily dogmatic decree.

Writing the dissenting opinion for the court, Justice Stephen Breyer stressed the importance of this very issue. He contended that when assessing the agency's authority to regulate tobacco, it is crucial to consider the basic purpose with which Congress endowed the FDA: "the overall protection of public health."

Precisely. When considering a product that kills more than 400,000 Americans a year -- more than AIDS, car accidents, alcohol, homicides, drugs, suicides and fires combined -- it seems reasonable to take an expansive view of FDA authority. But the court, in justifying a more restrictive perspective, cited the unusual nature of the case. While recognizing that an agency can set its own agenda in cases of "legislative ambiguity" -- in other words, when Congress' intent is unclear -- the court then argued that this prerogative should not be used in extraordinary situations like the tobacco case.

Extraordinary indeed. But the court wasn't referring to the appalling health effects of smoking -- it was referring instead to tobacco's "unique political history," which apparently obliges the court to exercise great care before granting the FDA broader authority over cigarettes.

The point isn't that Congress' intent regarding the FDA is completely clear. It isn't, as has become apparent during the past two years of legislative bickering over comprehensive tobacco legislation. But something else is quite clear: People will keep dying unnecessarily even as the tools that could save them remain unused. The real question is, will the legislative and judicial branches of government allow the executive branch to do its job? The health of millions of Americans could hang in the balance.

Stephen L. Cohen writes on health for the New York Times syndicate and is a frequent contributor to the Los Angeles Times and the Economist