In ancient Super 8 movies I see my mother as I never knew her. 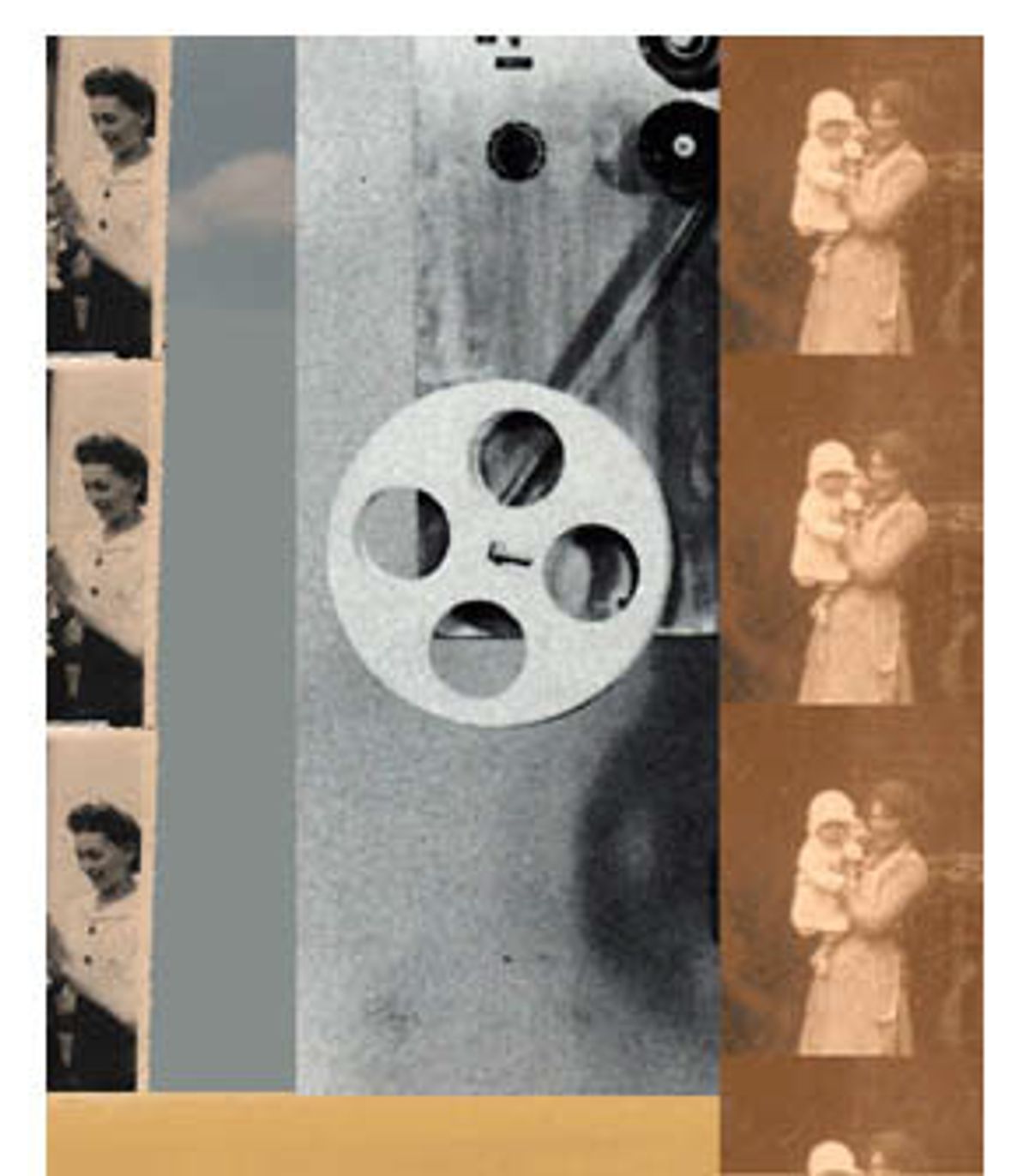 There are many photos of my mother, a lifetime of photos, each one holding fast to a significant moment in her life: her first job in a record store, her wedding, my parents' first apartment in Brookline, Mass., my mother at my own wedding, which was to be one of the last of her taken. They each resonate like a single note in a song, but the whole piece of music is never heard because some bars, some photographs, are missing, and no more will be taken.

My mother died in November 1999, succumbing to a lung cancer that was stronger than she but never stripped her of her beauty, her vanity or, I suspect, her desire to be photographed. Once she was gone, I searched for artifacts of her life, something more than snapshots. I opened closets and drawers, picked my way through jewelry boxes and old pocketbooks. Almost everything was as it had been when she died, even her robe hanging in the bathroom.

I found a box of Super 8 film reels in the basement. Unwieldy and practically ancient, they are hidden treasures not easily examined. The hassle of setting up a screen and cranky projector probably stops a lot of people from looking at their old family Super 8s. But an urgency swept over me as I made my find. I knew that in these reels were images of my mother that I had never seen.

We are, in the digital age, an anti-grain culture. We no longer tolerate snaps and pops in our music, static in our TV pictures or fuzzy edges in our photographs. Super 8 film is anathema in this new order. It is grainy as well as fragile, and it requires the most complicated of all home appliances: the movie projector, which has been mostly banished because of its tendency to be off kilter, out of focus and hot enough to ignite at any moment.

Still, I managed to find a projector and an editing machine at an online auction, and set about the task of putting the whole boxful together, reel by reel, into one long family movie, a movie I came to find out was mostly about my mother, filmed entirely by my father.

The small, unfocused and poorly lighted images of my mother convey the essence of who she was with tremendous clarity. The years are the early '60s, and my mother wears a scarf and large round sunglasses. She is an American Jew, raised on the outer edges of Boston, who now plays house with her new husband. She is in love and she bears children and she is photographed and filmed incessantly by the man who loves her, also an American Jew, born in the city, building his new wife a home in the suburbs.

Anything but a Super 8 camera would have cut away the frayed edges of their lives, turning them into static, flat simulacrum. Instead, for all the grain and all the dust in the lens and this crappy machine I use to view them with, these are moments of incredible vibrancy.

In one film my mother carries one of my siblings on her hip, with two others at her side, and she brushes the hair from her face to make sure it is captured clearly. She must be able to hear the distinct clicking of the camera as the shutter opens and closes. Yet her face shows no sign of contrivance or acting. She turns her head and as the camera zooms out you can see they are on a pier, and my mother, for a moment, looks away from the camera at the water. My father keeps filming, waiting for her to turn back to him.

The popularity of Super 8 in the '60s was a remarkable little cultural moment. Men in polyester all over the country were filming their new families as if the only way to make them real was to capture them on film. The chaos of politics, music and youth threatened stability, and the camera was a tool for creating proof of what they had and what they worked for -- evidence that what they loved was real and permanent.

My own father joyously succumbed to the fervor. He bought a top-of-the-line German camera, a Bell and Howell projector, a collapsible screen, editors, splicing tape and reel-to-reel tape recorders for syncing sound. And on weekends, as my family roamed around New England and beyond, my father filmed it all. But now, seeing these films, I realize it was just an excuse to photograph my mother, to see her in the viewfinder without the distraction of the sprawling suburbs.

Here was a woman I had never known, who would later give birth to me. She would become my mother and then she would become a woman who no longer exists. Watching the home movies of this unknown yet completely familiar person made me feel as if she never existed except in these dozen or so three-minute intervals.

Now, as I wind my way slowly through the films, manually turning the reels, I am in control of the speed and I can turn linear moments into stills. Here is one: My mother walks with her head down. Her hair is pinned up. It seems as if she doesn't know she is being filmed, but suddenly she raises her head and, seeing my father, she smiles. She smiles at me from the past, and I feel the loss of her with perfect clarity.

Peter Bebergal is a writer living in Cambridge; he taught at North Shore Community College.