President without a mandate

Can George W. Bush govern effectively if he wins the White House without taking the popular vote? 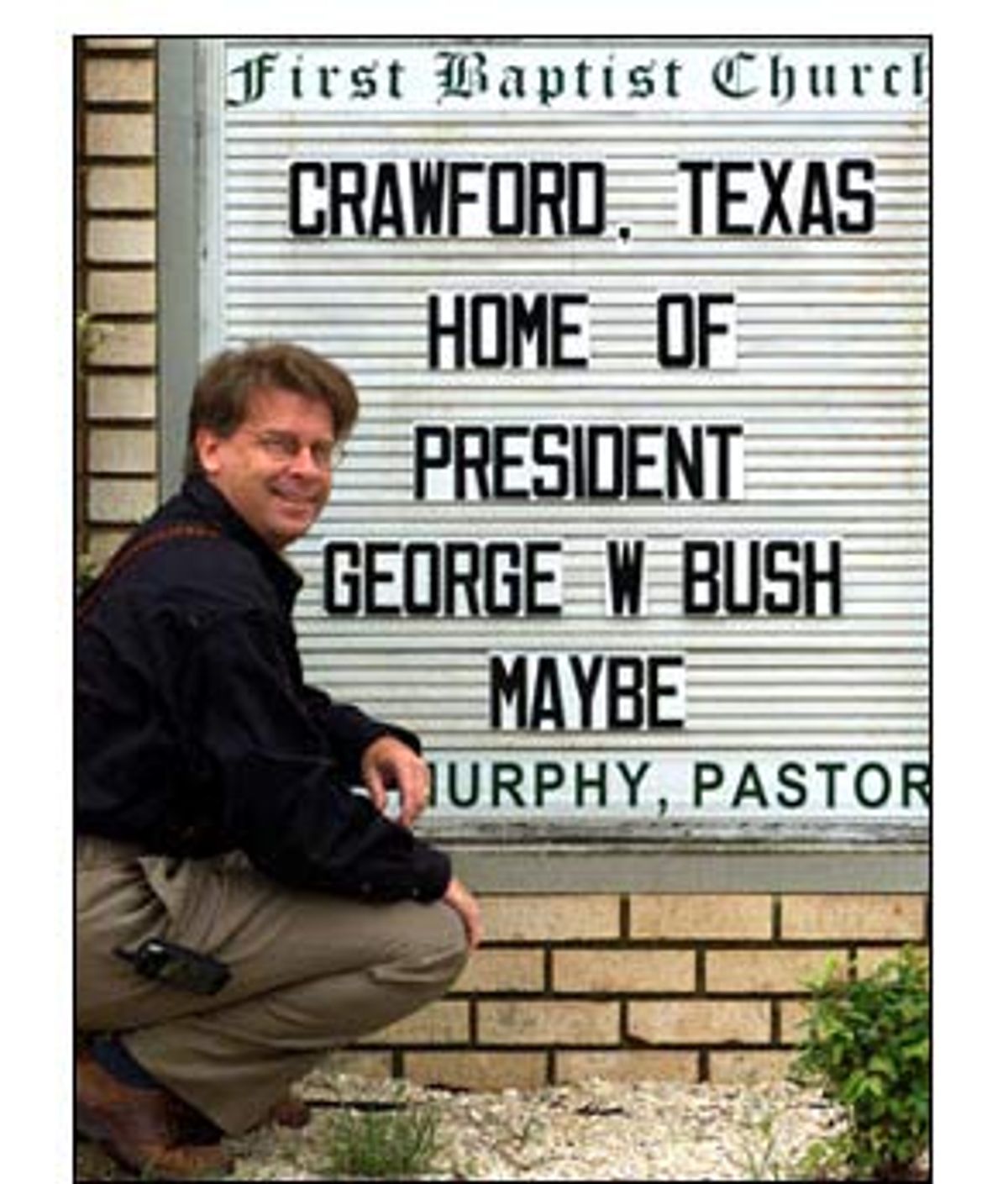 What if George W. Bush keeps Florida in his electoral column and wins the presidential election, while Al Gore takes the popular vote? This trauma-inducing scenario was the subject of lively political discussions across the country Wednesday.

If Bush wins the White House without winning the popular vote, his presidency might begin under an even more acrimonious cloud than the one President Clinton labored under. The partisan bitterness and suspicion would only be heightened by the fact that the razor-thin electoral margin was provided by the state governed by Bush's brother Jeb, in a race that was first called by the networks for Gore, then later for Bush, and then pulled back for a recount under a storm of voter complaints.

With all this as a backdrop to his inauguration, Bush might be hard-pressed to deliver on his campaign promise to be a "uniter, not a divider."

"He'll have to really struggle and really reach out to make this one work," said Sen. Bob Kerrey, D-Neb. "I'm not saying he's not up for it, I'm just saying it's going to be tough."

Bush spokeswoman Mindy Tucker said her boss is ready for the task: "I think it falls naturally into the message he's been sending. He's worked on a bipartisan basis to get things done. It was a very close race and it will take a leader that can really unite people. It's a real test of his message, but it comes natural to him. It's been part of his message from the beginning."

Tucker said there are no plans to enter into any kind of power-sharing agreement with the vice president should there be an electoral-popular vote split. "That's why we have elections," she said.

But Tucker could not resist one last dig at Gore, all in the name of bipartisanship, of course. When asked if a candidate who did not win the popular vote could be an effective president, she said, "It depends on the leader, and I do think we're lucky it's George W. Bush coming into this situation and not Al Gore. Al Gore is highly partisan and has been known to make decisions based on politics. But Governor Bush has shown a willingness to work with people on other priorities and unite them."

Tucker Carlson, the omnipresent CNN talking head and writer for the conservative Weekly Standard, also expressed confidence that Bush would deliver on his campaign pledge to "change the tone in Washington, D.C."

"He's not a right-wing ideologue," said Carlson. "There are problems with Bush, but that's not one of them. He prides himself to an irrational degree on bipartisanship and winning over the other side. He's not going to be able to work Democrats on the Hill the way you can in Austin, but he's definitely going to try."

When asked which Democrats might be most vulnerable to the Bush charm offensive, Carlson named conservative Louisiana Democrat John Breaux and Senate Minority Leader Tom Daschle of South Dakota.

But Daschle sounded a partisan note when he talked to reporters Wednesday. "Today, about the only thing that's clear in this election is a historic affirmation of the issues the Democrats have been fighting for," he said. "In the Senate, Democrats have been fighting for a families-first agenda that includes a patients bill of rights, prescription drug coverage, smaller class size, school modernization, raising the minimum wage, common-sense gun legislation and campaign finance reform."

Daschle asserted that the Republicans will accomplish little in the next session of Congress unless they reach across the aisle to their Democratic colleagues. "They have very little to show for their record in the 106th Congress," he said. "The fact that they did so little in large measure was because they included us so little. And so it's important that they realize the error of those ways, recognize now there are even greater opportunities for us to work together, given the numbers, and recognize there is within their reach the opportunity for real accomplishment."

In the House, one of those pledging to work with whoever the next president may be is Adam Schiff, the newly elected representative from Los Angeles who defeated House impeachment manager Jim Rogan. "Well, it's probably not the circumstance I would have chosen, but it is certainly historic," Schiff said. "But however the presidential race turns out, the very clear mandate, if there is one in all of this, is that we take a giant step back from the strident partisanship that has dominated this Congress and find a way to work together."

But even if Bush makes new Democratic buddies on the Hill who want to play nice, Kerrey expects him to have little success at getting his big-ticket campaign projects through the Congress, including his $1.3 trillion tax cut and his plan to partially privatize Social Security.

"If Bush or Gore is elected, either one is going to have to understand that they've got to build a governing majority," said Kerrey, who is retiring at the end of the current legislative session. "Look what Bill Clinton did in 1993. He didn't get a single Republican to support his economic plan." In the end, the Senate divided along party lines, and Gore had to cast the deciding vote to pass the plan. The vote created deep partisan resentments on Capitol Hill that have lasted the duration of the Clinton presidency.

Bush similarly lacks a mandate for his legislative agenda, said Kerrey. Voters consistently sided with Gore in polls on issues like tax cuts, healthcare reform and Social Security. That, Kerrey said, will make Bush's agenda difficult to push through, and will require the Republican congressional leadership to temper its conservative zeal.

"Trent Lott has got to move to the center," Kerrey said of the bellicose Senate majority leader. "He's not going to get a $1.3 trillion income tax cut. There aren't 50 votes in the Senate to do it. The Social Security challenge is going to be enormous. On that one and many others, I wish [Bush] the best. It's hard to finish a close race and reach out to people who were your enemies."

Ironically, one of Gore's legislative priorities, passing the McCain-Feingold campaign finance reform bill, might be one of the first laws to cross Bush's desk. Because of Democratic gains in the Senate, which could be split 50-50 if Democratic challenger Maria Cantwell defeats Slade Gorton in the final Washington state tally, "it will be hard for Trent Lott to bottle up the Senate now," Kerrey said. If Bush vetoes the popular bill, it could be one of the Bush adminstration's first big-time headaches.