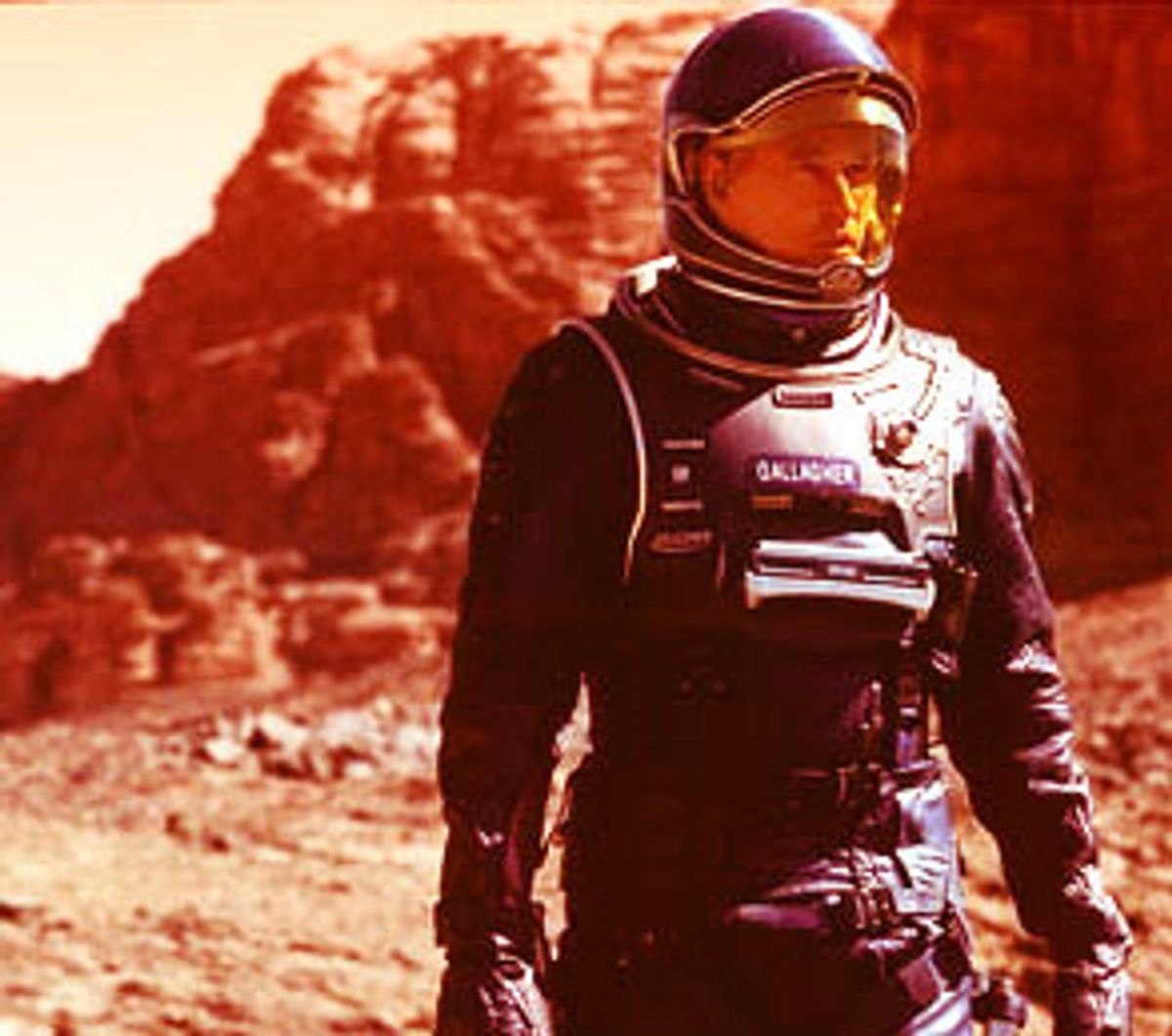 "Red Planet" begins with what is either the laziest piece of filmmaking ever to inhabit a big-budget action movie, or the most honest. In narration over the credits, Carrie-Anne Moss, as the commander of a manned mission to Mars, explains the purpose of the mission. As she introduces the characters, she gives each a pithy, one- or two-word description ("the hothead," etc.). The setup saves director Antony Hoffman the trouble of actually, you know, dramatizing the mission and the characters. But then since virtually nobody goes to big-budget special effects movies for things like characterization or narrative anymore, why bother?

This is the kind of opening that you could see Jerry Bruckheimer or Mimi Leder opting for if they were ever honest enough to stop pretending they make stories and admit that they make two hours of incoherent sensation. It's like going to the movies and instead of seeing a story, hearing the pitch used to get the movie made.

Since the filmmakers have found a way to cut corners on their job, let me try a shortcut of my own:

In "Red Planet," which is set about 90 years in the future, man has so poisoned the Earth that it's no longer safe ... blah, blah, blah. Following: America's future depends on reviving pioneer spirit; admonishing, sadder-but-wiser environmental homily; Earth to colonize Mars; team of astronauts to investigate missing crops planted for colonists; rote character introduction; sudden, unexpected catastrophe; danger; characters whittled down by increasingly dramatic deaths; triumph against odds; the finish.

"Red Planet" isn't particularly offensive, except in its total mediocrity. And it isn't particularly bloody, assaultive or unpleasant. If you don't have anything else to do, watching "Red Planet" could actually be a useful chance to go over things like what bills you have to pay, what shirt to iron for tomorrow, whether to get Chinese afterward and what'll be on TV when you get home. There's certainly nothing on the screen to distract you, except for Terence Stamp's brief injection of class and humanity, and the suggestion of intelligence that Carrie-Anne Moss projects into her stalwart nothing of a role.

But it's a thoroughly depressing experience because the film gives you nothing; because the film makes it blatant that we've reached the state where the most extraordinary computer-generated effects can be used at the service of utter banality; because it's a work in an imaginative genre without a trace of imagination; because it makes the very idea of going to the movies seem like a complete waste of time; because by denying the pleasures that even routine movies can manage -- snappy dialogue, pacing, a visceral charge -- "Red Planet" gives no indication of what a movie, even at its most basic level, can be. Out-and-out lousy movies are rarely this dispiriting because they usually have to work to be lousy. This thing is like the chicken salad you get on airplanes: untouched by human hands, undistinguished by flavor, something that takes up space for a while and is then gone.

At one moment, one of the crew realizes that an unexpected life form has gobbled up all the plant life that Earth had been sending to Mars. The movie is exactly what the astronauts in it encounter -- bones that had been picked clean long before anybody turned up to see.