The Bush campaign files a motion in federal court to stop the hand counting of Florida ballots. 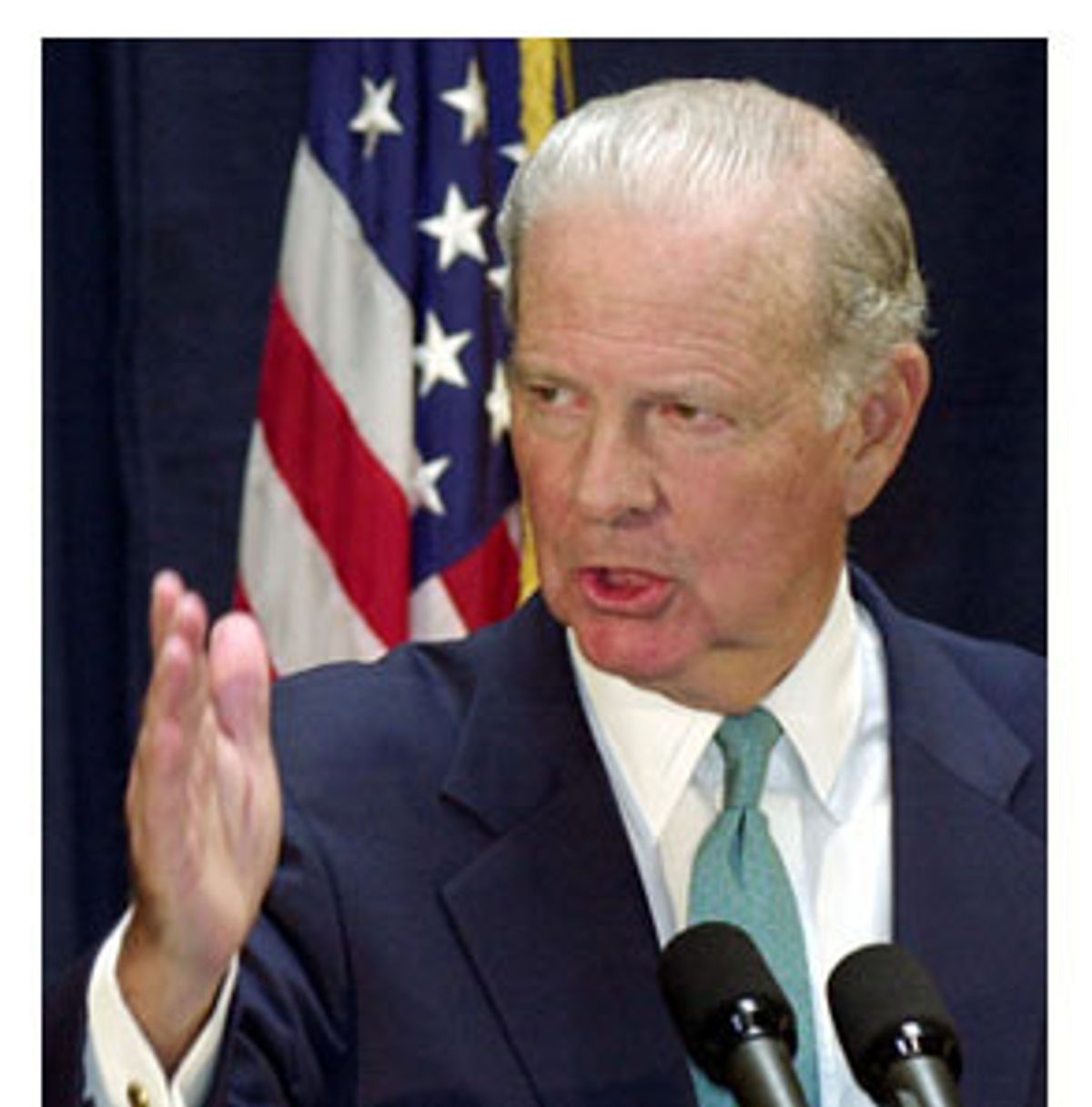 In a striking, defensive attempt to try to preserve the current presidential vote tally in Florida, the Bush campaign filed a motion in federal court Saturday to stop counties from hand counting their ballots, as requested by the campaign's Democratic opponents.

The motion will be considered by U.S. District Judge Donald M. Middlebrooks at a 9:30 a.m. hearing on Monday in Miami.

And as the legal battle began to escalate so, too, did the war of words between the two camps. In a press conference announcing the motion, former Secretary of State James Baker, representing the Bush camp in the Florida recount, warned that with a hand count, "the potential for mischief would exist to a far greater degree than in the automated count and recount that these ballots have been subjected to."

A few hours after Baker's press conference, Texas Gov. George W. Bush himself appeared before reporters at his Texas ranch, accompanied by his dog Spottie. Bush reiterated Baker's demand that the manual recount currently underway in four Florida counties be halted. "We don't need three elections," he said, adding that "we're all in limbo." Bush also said he would back away from the suit if Gore would withdraw his request for a hand recount. At times he appeared both distracted and nervous, but he remained affable throughout.

"It would be good for this country to have this election over so that the new administration can do the people's business," Bush told reporters. Addressing criticisms that he is moving too swiftly to assemble what would be his Cabinet if elected, Bush said, "What would be good for this country right now is to have this election over so the new administration can get on with the people's business." Just who he thinks will lead that administration became apparent when he referred to his wife Laura as "first lady Bush."

Bush's look and chat were both informal -- he wore a casual brown jacket and exchanged semi-condescending quips with reporters, as has been his style in these recent tense days. Addressing an obvious question, he said, "I was hoping nobody would notice this Band-Aid," referring to the patch covering a massive boil on the right side of his face. "It's gotten fairly severely infected, but it's beginning to retreat."

Gore campaign manager Bill Daley and former Secretary of State Warren Christopher, who had been holed up at the Naval Observatory in Washington with the vice president and Sen. Joseph Lieberman, appeared before reporters just after 4:40 p.m. EST to defend requests for hand recounts in Florida. Christopher also called on Bush to withdraw litigation he had filed against the hand count.

When doubts have arisen, the hand count is seen as the best way to ascertain the true views of the voters," Christopher said, noting that Gov. Bush recently signed a law in Texas stating that hand counts are the best way of confirming votes under certain circumstances. "If Gov. Bush really believes he won," Christopher stated, "then he should have no reason to fear." Christopher also said that recounts had only been requested in the four counties where there were "serious anomalies."

Reporters repeatedly asked how long the Gore campaign was willing to let the legal and recount battle drag on. Would he be willing to accept the results after Florida's absentee ballots are counted next Friday? Daley responded, "We want this brought to a conclusion, just as all Americans do." He also cautioned that the "importance of getting it right outweighs rushing to judgment."

According to the Associated Press, Bush still leads Gore in the unofficial vote count by just over 300 votes after a recount of Tuesday's balloting. But the Gore campaign, according to wire reports, is requesting that 1.78 million of the nearly 6 million Florida ballots cast be hand counted, and that election officials not announce the winner of the state until those hand counts are completed. "We're looking for a quick resolution of a full, fair, accurate count," said Gore spokesman Doug Hattaway. "There's no specific time frame we've laid out."

There are a large and rapidly increasing number of complications surrounding the Florida recount, from complaints that Palm Beach County's contested "butterfly ballot" had voters accidentally picking the wrong candidate to wild vote fluctuations among different counties to charges of racial intimidation.

One of the biggest complaints from Democrats is the number of votes discarded (which tops 30,000 in Palm Beach County) because ballots were either "overpunched," supporting two candidates in one race, or "underpunched," supporting no candidate in a race. Democrats say that undercounting can occur when a ballot machine fails to recognize when ballots have been thoroughly punched through, while overcounting may be a result of the confusing butterfly ballot, where voters may have tried to correct an initially mistaken choice.

In his announcement, Baker hammered home the Bush camp's contention that a hand count is "less fair and less accurate," and is vulnerable to "human error, individual subjectivity" and decisions to "determine the voter's intent."

"Machines are neither Republicans nor Democrats," he said. "A changed vote would not be a more accurate result, it would simply be the most recent result."

Then, in an unintentionally hilarious attempt at bipartisan bonhomie, Baker urged the Gore camp to join forces with the Bush team. "We urge our opponents to join us. Join with us in accepting the recounted vote of the people of Florida," Baker said.