"The Years With Laura D

The heroine of the great Mexican novelist's latest meets Frida Kahlo and Diego Rivera as she witnesses a century of Latin American history. 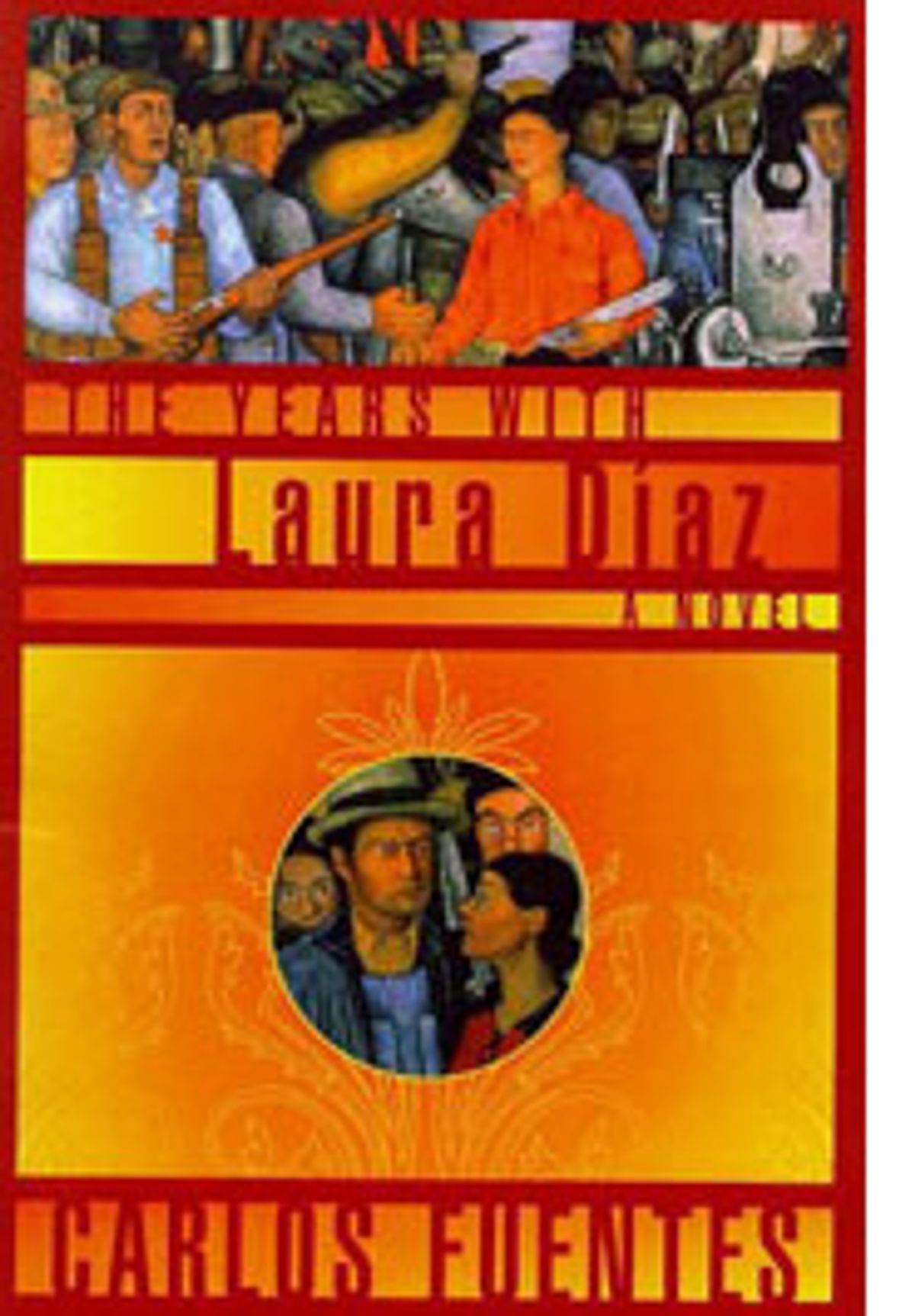 I've been trying to figure out what makes a novel "great." One of the criteria, I think, is easily identified: A great novel forces us to rethink history as more than just a long story told to younger and shorter people. But when a novelist knows this too well, and rethinks history for us programmatically -- as though there were a checklist lurking beneath the story -- the results can be mind-dulling: greatness contrived.

Such is the case with Carlos Fuentes' "The Years With Laura Díaz," a sweeping historical saga that falls prey to its ambitions. Laura Díaz is the novel's main character, protagonist, heroine and measure of Mexican identity. From her early years in Catemaco to her adolescence in Veracruz, and then throughout her adult life in Mexico City, Díaz's biography serves as a kind of screen upon which Fuentes projects his version of the Mexican past. She comes into glancing contact with all sorts of 20th century luminaries -- in her case Latin American and Mexican celebrities such as Diego Rivera and Frida Kahlo -- along with numerous bit players. The historical figures Díaz comes to know best are mostly minor political radicals, but their proximity to power allows Fuentes to explore the Mexican past through its revolutions, from the workers' revolts to the coups and crackdowns. Ultimately, the stories of these revolutions (as seen by Díaz) constitute a critique of the left: The novel presents revolution as an essential instrument of progress, despite its leaders' failures to imagine their country's future. And yes, here we see Fuentes' slip showing.

Events in the book span 100 years. Four characters with the same name share similar fates. Various Latin American political upheavals are experienced directly by family members, and are dramatized by the impetuousness of these characters in contrast to the constancy of a matriarch. Setting functions, in a way, as character. Nevertheless, "The Years With Laura Díaz" isn't a takeoff on "One Hundred Years of Solitude," notwithstanding Fuentes' evident respect for -- one could even say dialogue with -- the Gabriel García Márquez classic.

In one way, the abundance of correspondences between the two books may be understood as Fuentes' effort to make his novel the next "One Hundred Years of Solitude." But such an effort ultimately invites comparison -- and despite both its realism and its historical accuracy, "The Years With Laura Dmaz" somehow lacks the relevance of the García Márquez novel, not to mention its gloriousness.

One key difference between the two books is worth noting. Fuentes' Laura Díaz is an active player in her own life, rather than a character inevitably subject to the cyclical forces of history (a history, in García Márquez, countered by acts of imagination and wonder, a facet of that novel's greatness). She's well-realized, a strong woman who conquers machismo, who loves and abandons with equal disregard for the institution of marriage or the feelings of her immediate family. And yet, with this behavior she grows tiresome, and again, her characterization seems forced, a mere female version of a macho male: Laura, Laura, she's our man.

Alan Michael Parker is an essayist, novelist, poet, and squeaky wheel. He's the Douglas C. Houchens Professor of English at Davidson College, and he also teaches in the University of Tampa's low-residency M.F.A. Program. Follow him on Twitter @AMPoProse