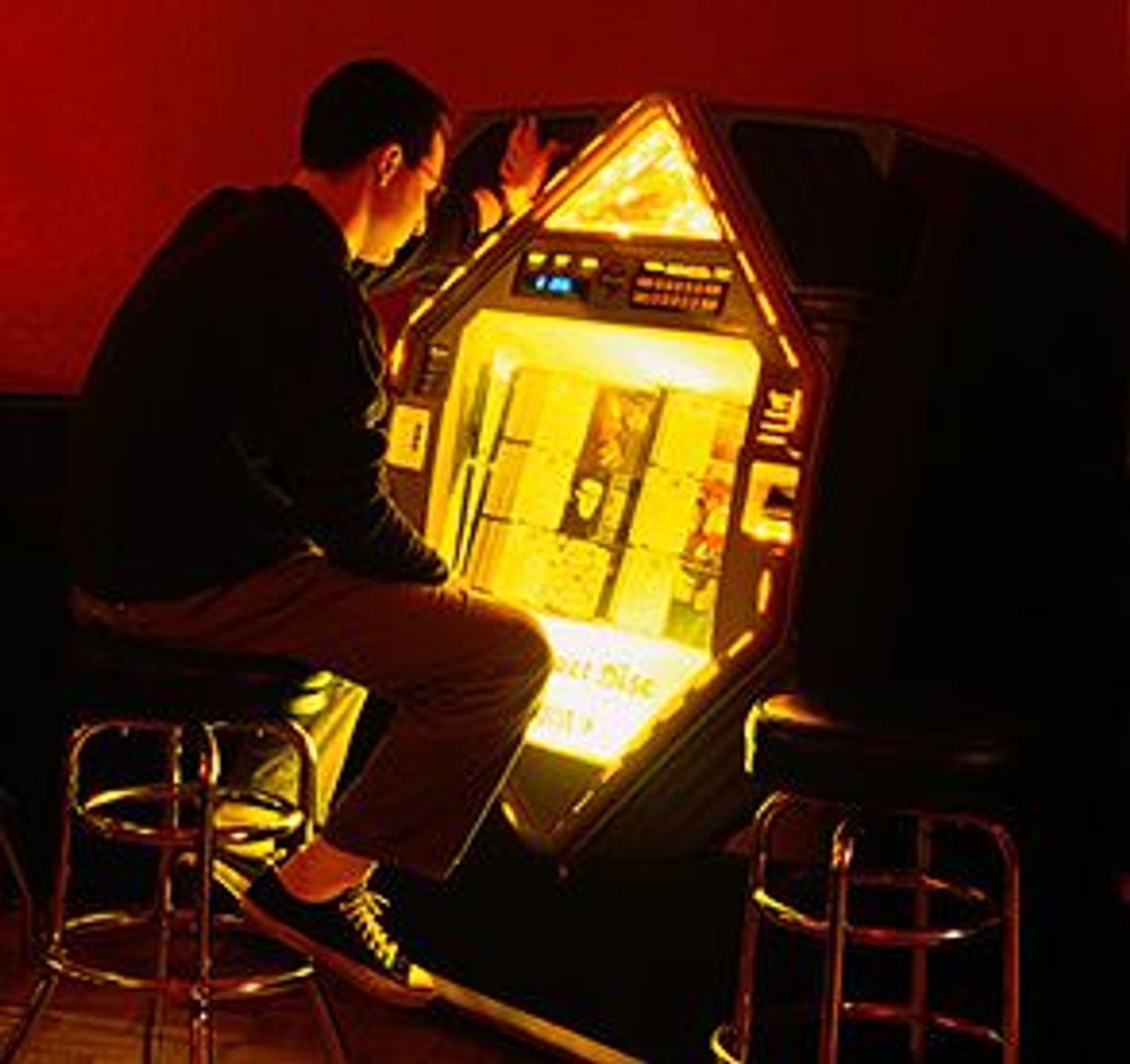 It's been a busy couple of weeks for the digital music marketplace. The Secure Digital Music Initiative (SDMI) declared that at least some portions of its proposed security system actually will work. Napster partnered with Bertelsmann, owners of the BMG record label, and announced plans to build and charge for a subscription service. And music portal Listen.com surprised almost everyone by suddenly deciding to buy the beleaguered and bankrupt Scour Exchange music swapping software.

Some observers have been quick to assume from the news that the days of free-for-all music exchange are over. Not only are corporate interests taking over, but SDMI is going to implement security systems that will at the very least make music piracy a heck of a lot harder for your typical consumer. Should music fans head back to their dorm rooms to mourn?

Not yet. The current music industry bickering about security and the corporate embrace of Napster and Scour is irrelevant. What's really at stake is not whether music will be expensively secure or freely exchangeable -- but simply how soon the recording industry will assemble the music delivery system that is inevitable. And if record industry executives had any real foresight, it would be sooner rather than later.

Digital music evangelists talk a lot about a gadget they like to call the "celestial jukebox." In layman terms, this is a networked device that will allow you to download any song your heart desires, anytime. Imagine a Walkman that had broadband wireless connectivity to the Net, could access the entire world's catalog of recorded music and played back that music with impeccable sound quality. You would be able to plug this into your stereo or speakers, or listen to it in your car.

Let's say you paid $150 for this device, and maybe $10-$20 a month as a flat subscription fee for access to the music -- cheap at the price, considering that the average consumer now spends somewhere around $70 a year on music. With a subscription, you could personalize your preferences so that you are automatically informed -- either on your PDA-like digital device itself or via your in box -- about your favorite band's tours, news, upcoming albums.

Such a device at such a price is probably still five to 10 years away (particularly the wireless broadband part, which may be even further out). But when it arrives, you can bet that the vast majority of the music-loving population will be thrilled to buy it. You'd never have to buy a CD; the ease-of-use would make the price painless. Much like the cable fee you don't even think about anymore, your music subscription will become one of those costs that becomes a part of the background noise of your bills. Already, some polls have shown that 58.5 percent of all Napster users would be willing to pay for that spotty, unreliable and wholly unportable service; a high-quality, seamless and pervasive service would probably prove even more popular.

The service may very well include a security system, perhaps spawned from SDMI's research. There may even be some kind of digital rights management system monitoring what song is listened to when. But if the record industry is wise, it will realize that security isn't necessary to make this work. If the celestial jukebox is easy to use and reasonably priced, it's likely that few music fans will feel the need to go to the effort of trying to pirate the celestial jukebox's music.

Hackers and consumers seem to think that a secure system is the evil to end all evils; but the truth is that even if music is slapped with security locks, the average jukebox user probably won't care because, after all, you can already listen to all the music your heart desires. SDMI's search for the perfect watermark is a waste of energy. The programming talent that SDMI is focusing on foolproof security should instead be directed toward developing systems that track how music is being sent through subscription networks, and compensate labels and artists correspondingly.

As Peter Cassidy, director of communications for the security company Blue Spike, observes, "Putting a lock on the CD or music is not about making a transaction doable, pleasurable and honest. Why put a lock on it when you can put a payment mechanism on it? The first step is an authentication scheme to make sure you know what is being consumed, and SDMI has the talent to do that."

Of course, even assuming that the record labels and hardware and software industries are smart enough to move more quickly toward the creation of a celestial-jukebox-like device, there will still be free, pirated music widely distributed online for a long time to come.

CDs won't disappear anytime soon -- certainly not until the vast majority of the worldwide population has adopted digital music as their first and foremost medium for music consumption, a process that could take decades. And as long as there are CDs there will be rampant music piracy online -- because even if SDMI implements watermarks on future CDs, there will still be plenty of hackers capable of cracking those watermarks. Sure, the audio quality may not be terrific, but an awful lot of college kids listening to dewatermarked Madonna tunes over tinny speakers and cheap stereos aren't going to care.

The onus, again, is on the recording industry to make their own subscription-based offerings so tempting that you won't want to go through the bother of cracking or downloading pirated music. As Rob Reid, CEO of Listen.com, puts it, "If people can pirate for free, but it's hard to find things and it's hard to get good quality, most people who have more money and less time than they used to have will feel fine paying $10 [for an industry-approved service] and getting a better experience."

Likewise, if the music industry really wants to convert the pirating masses into paying jukebox customers, they have to make the system bigger, better, easier to use and more pervasive than the Napster-like P2P services that we currently use. They can't put too many limits on what you can or can't do with the music you buy; they can't make it too difficult to use or too expensive. If they do these things, no one will buy -- and music will continue to be as free and freely distributed as it is now.

Companies like Listen.com (which has partnerships with all the major record labels) and Bertelsmann and Universal are clearly already thinking of ways to turn P2P services like Napster and Scour into secure subscription services; let's hope they do it right. And the opportunity is now, while Napster and Scour face the very real possibility of being turned off for good. As Reid observes, "There's a narrow window in which the industry can provide a facsimile [of Napster or Scour] at a fair price that consumers could embrace. That window is the next two to three months, and if that is not done, or if there's just a few months' lag time before that experience is broadly available, then the unplanned confluence of hackers and tens of millions of consumers will create their own system that can circumvent anything that the industry puts in front of consumers. The opportunity to create a huge artistic bonanza will be missed."