The latest semantic ploy to keep sexual options open really pisses me off. 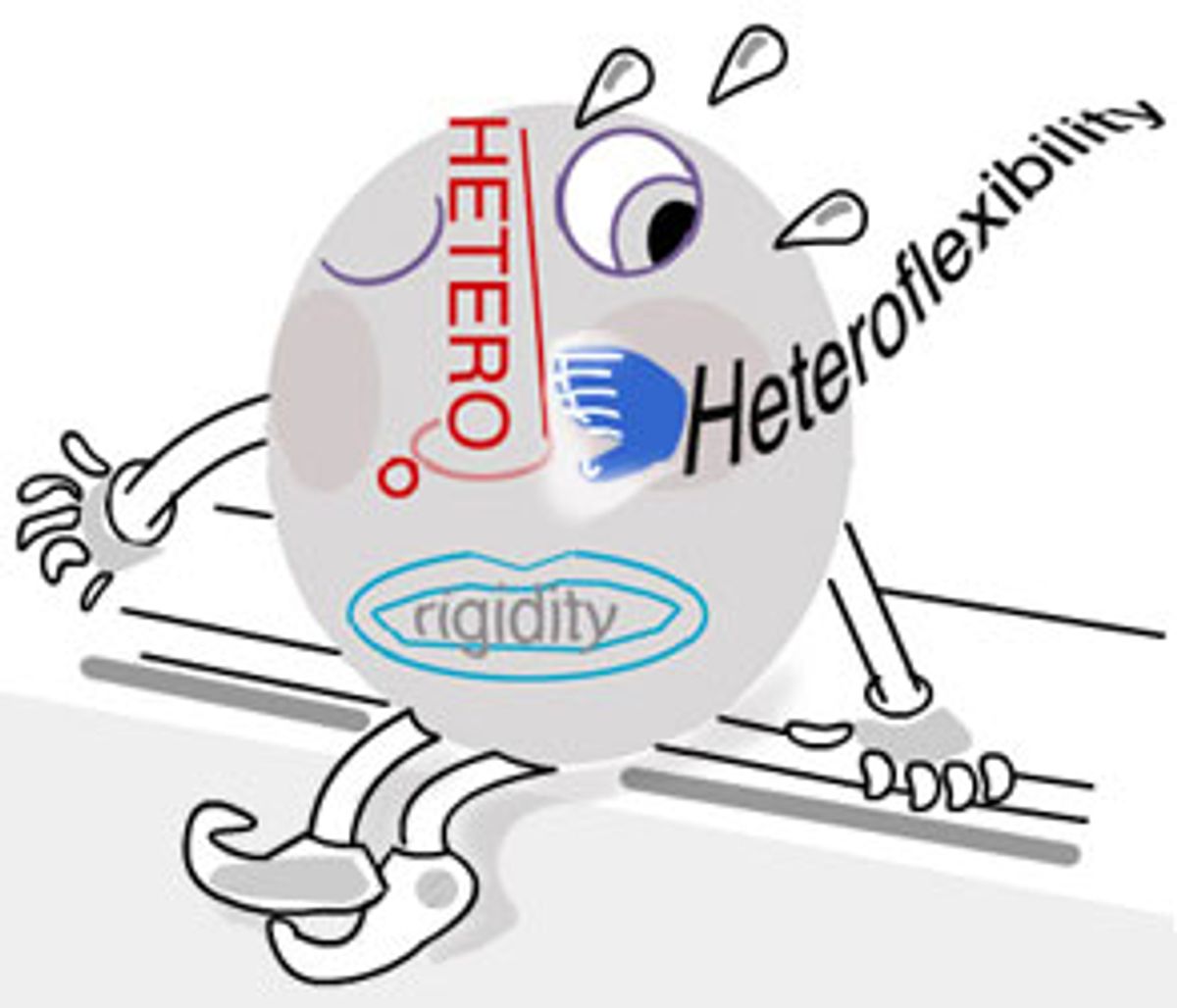 There is nothing like teaching college students to make a person feel hopelessly out-of-date. This fact first hit me at the tender age of 30. I was teaching what I thought was the hippest version of sociology imaginable. As part of my haute hipness, I had included readings on Elvis Presley. None of the students, however, had the faintest idea who Elvis Presley was. One thought that he might have been an actor. Another said she thought he had invented a diet because he had always been fat.

The generation gap between the students and me was bad enough, but then my teaching assistant, a nice man who was neither as young as they nor as old as I, decided to help me communicate more effectively the King's cultural significance. "Elvis Presley," he explained to the students, "was someone our parents used to listen to. He sang this stuff called rock 'n' roll. It came before rap music."

The students nodded their heads, as if they had just remembered that rap music did not always exist. I shook mine, having realized for the first time that Elvis really was dead. And in Elvis' death, I felt my own mortality.

Faced with the eternal youth of college students, my own aging can only become more obvious with each passing semester. I vowed to accept this fact gracefully and never again try to wow them with my knowledge of popular culture.

But now it's not just popular culture that divides us. It's sexuality as well. Oh I don't mean straight, gay or bi. I don't even mean queer. What I'm talking about here is "heteroflexibility."

If you don't know what that is, it's time to admit that you're as out of it as I am. Heteroflexibility is the newest permutation of sexual identity. According to my students, a person uses heteroflexibility in the first person, as in "I'm heteroflexible." This means that the person has or intends to have a primarily heterosexual lifestyle, with a primary sexual and emotional attachment to someone of the opposite sex. But that person remains open to sexual encounters and even relationships with persons of the same sex. It is a rejection of bisexuality since the inevitable question that comes up in bisexuality is one of preference, and the preference of the heteroflexible is quite clear.

Heteroflexible, I am told, is a lighthearted attempt to stick with heterosexual identification while still "getting in on the fun of homosexual pleasures." One student, Lisa, explained it like this: "Heteroflexibility is Ally McBeal kissing Ling." I pretended I knew what she was talking about, but of course I didn't (and not just because I don't watch television).

My reaction was predictable. I was ashamed of my own inability to stay current, and I was also deeply pissed. How could these kids go and invent yet another identity when "we" solved that problem for them in the 1980s and '90s? The word they were looking for was "queer" or even "bisexual," damnit. I was angry that they would throw out the politics and the struggles of naming that had come before them. And what did they throw it out for? A monstrosity of a word, a mix of sexology and yoga practices.

My anger wasn't just the anger of the middle-aged toward disrespectful youth (even if it was primarily that). I resented the fact that they would root their marginal sexual practices in the safety of heterosexuality. I resented that they would be so committed to not having primary relationships with someone of the same sex that they would preclude such possibilities with that abominable prefix. I resented that feminism had died so that women now felt free to name their primary commitment to men while proclaiming their sexual availability to other women.

And then my middle-aged rage mellowed enough to see the true genius behind this new term. Heteroflexibility -- not homosexuality or bisexuality -- would bring about an end to the hegemony of heterosexuality. Think about it. The opposite of heteroflexible is heterorigid. Imagine saying to anyone that you're heterorigid. Sounds awful, right? Like some very stiff politician in a suit and tie who is so busy being heterorigid that he can't relax his sphincter muscles enough to look natural. Heterorigidity has none of the promises of pleasure that heterosexuality has. There is no sexual potential in an identity rooted in denial of possibility.

Of course, it's not just heterosexuality that will wither away with the advent of heteroflexibility, but homosexuality as well. Being homorigid doesn't sound as appealing as homoflexible. Homorigidity brings to mind the lesbian who won't even have penetrative sex because she's afraid it might be too much like heterosexuality, a person so bent on identity that her sexual desires get bent into knots.

I can imagine a world where rigidity of any variety becomes as taboo as homosexuality used to be. In the post-rigid age, we will all identify as flexible (even if we're not). And sexual identity will become much less mired in the unimaginative binary of hetero and homo. The world will in fact start to look a lot more like that queer nation "we" envisioned when we were in school -- just like the queer nation we envisioned turns out to be not that different from the one envisioned by the gay liberationists before us, and the homophiles before them and so on and so forth.

And so my students will replace me and others like me with new imaginings of sexual desires. And I will become increasingly entrenched in my own generation's way of seeing the world and sexual desires and ourselves until one day it will not be my sexual rigidity that makes me old and them young, but my generational rigidity. Or more accurately, it is my generation's superiority that will make me old and them young, since anyone born before 1970 surely knows a lot more about sex than these heteroflexible punks ever will.