Recounts go on -- for now 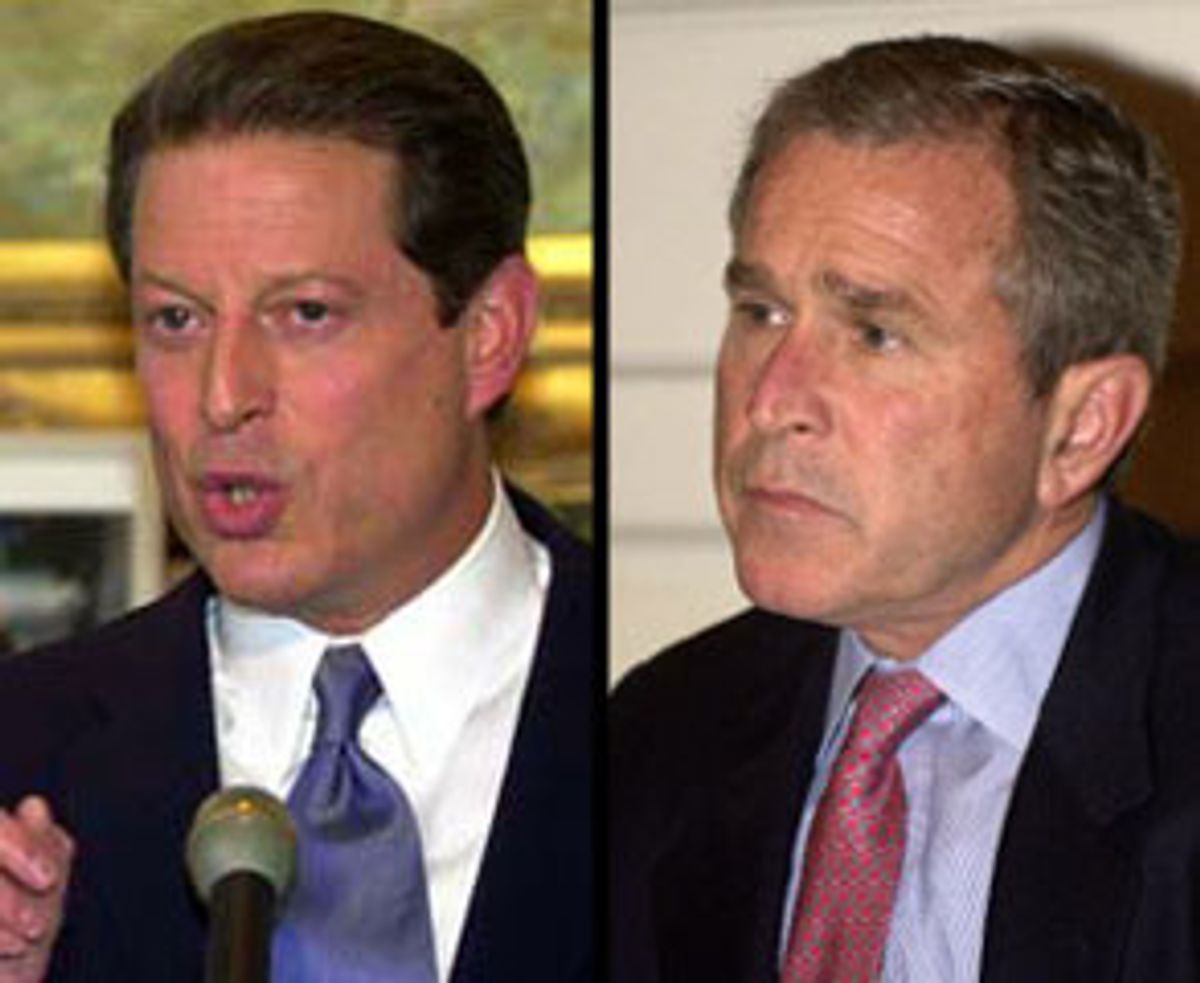 I'm on the phone with former Florida Supreme Court Justice Gerald Kogan when I get an e-mail alerting me that his one-time colleagues have just dismissed Secretary of State Katherine Harris' motion to block counties from conducting manual, or "hand," recounts. The decision, in effect, allows the recounts to proceed, much to the chagrin of Gov. George W. Bush.

I tell Kogan the news. He is not surprised.

A registered Democrat appointed to the bench in 1987 by then-Gov. Bob Martinez, a Republican, Kogan says that in his personal opinion, "Any recounts [that] registrars feel are necessary to get an accurate tabulation certainly should prevail."

This isn't politics, Kogan says. It's Florida law, which might not be good news for the Bush campaign in its attempts to block the hand recounts.

With Bush rejecting Vice President Al Gore's Wednesday night proposal for some finality in this election -- wherein hand recounts in every county in the state would be completed with the promise of no further litigation from his side -- the Florida Supreme Court may end up being the final venue for the debates over this election.

That appeared even more likely after Harris announced Wednesday evening that she was rejecting the request of four Florida counties for extensions on reporting election results past the previous day's 5 p.m. deadline. The counties wanted to report amended totals based on the hand recounts. The Gore camp, which has charged Bush-backer Harris with making partisan decisions, is sure to launch legal challenges to her latest move.

The Florida high court's involvement in the rapidly evolving situation began on Wednesday morning, when it was called out of its bunker and asked to stroll into the hurricane where torts, briefings, rulings, chads and threats of even further lawsuits are being strewn about in the electoral maelstrom that is tearing up the Sunshine State.

Harris, the co-chairwoman of Bush's Florida campaign, asked the state Supreme Court to consider two requests: to suspend all hand recounts until their legality could be ascertained, and to consolidate all of the lawsuits in the state into one courtroom.

Harris asked, however, that all the lawsuits be consolidated elsewhere -- namely, in the Leon County Courthouse, a lower-level court in Tallahassee.

Harris may have made this request because the state Supreme Court is thought to lean left. The late Gov. Lawton Chiles, a Democrat, appointed six of the court's seven justices, and the seventh was appointed by then-Gov. (now Sen.) Bob Graham, also a Democrat.

Intriguingly, hours after Harris threw up this legal hurdle for the forces attempting to conduct the hand recounts, representatives of the Gore campaign also indicated their desire for the state Supreme Court to jump in.

"We like the idea of consolidation," one Gore attorney said.

As Gore's man in Tallahassee, former Secretary of State Warren Christopher, said Wednesday morning, "We will ask the Supreme Court itself to resolve these critical questions: First, whether the hand counts now ongoing are appropriate under Florida law, and if so, what is the deadline for their completion? Second, what are the standards for determining if a vote has, in fact, been cast, and whether a county-wide hand count is justified?"

Added Gore attorney David Boies, formerly the Justice Department's lead trial lawyer in the Microsoft antitrust suit, "This really is a matter at this stage for the Florida Supreme Court. The Florida Supreme Court has been very protective over the years in its citizens' right to vote, and making sure that the vote, as the court said in a recent opinion, is not only made but heard."

But Christopher, Boies and the Gore legal team ended up filing no such papers. Half an hour before they were to file their brief to the Supreme Court, the court ruled against Harris' motion.

They'd had a good day, they felt. Broward County had resumed its hand count, Palm Beach County's canvassing board had been told by a judge that it could assess various permutations of "chads" -- dimpled, swinging, hanging or otherwise -- as it saw fit. And the Supreme Court had knocked back yet another attempt by Harris to put an end to the hand recount.

As night fell on Tallahassee, the Gore team was still unsure whether it would present any filings to the Florida Supreme Court.

Would they pursue their previously declared intentions to bring the court into the fight?

"We need to sleep on it," one of the Gore lawyers said.

The Bush team needed no such time to mull. Wednesday afternoon, Bush attorney Barry Richard made it clear that the Bush campaign had no desire for the state Supreme Court to pick up the various legal strands.

But not everyone agrees that things are so "clearly set forth." At least Kogan, the former justice, doesn't. "Barry Richard is a great lawyer and a good friend of mine, but I have to disagree with him on that point," he says. "I would think the Supreme Court can have jurisdiction whenever and wherever it says it has jurisdiction."

But the Florida Supreme Court will probably end up playing a role, as at least one stop if not the final resting place for other litigation. And the Gore team is still considering bringing the justices into the fray.

"There's a very good likelihood that it will" be heard by the state Supreme Court, says Kogan.

So what does this mean for the future of our republic?