In machines we trust:

If Bush is right that human beings are incapable of counting votes, how can we rely on them to govern us?

By Read by Scott Rosenberg 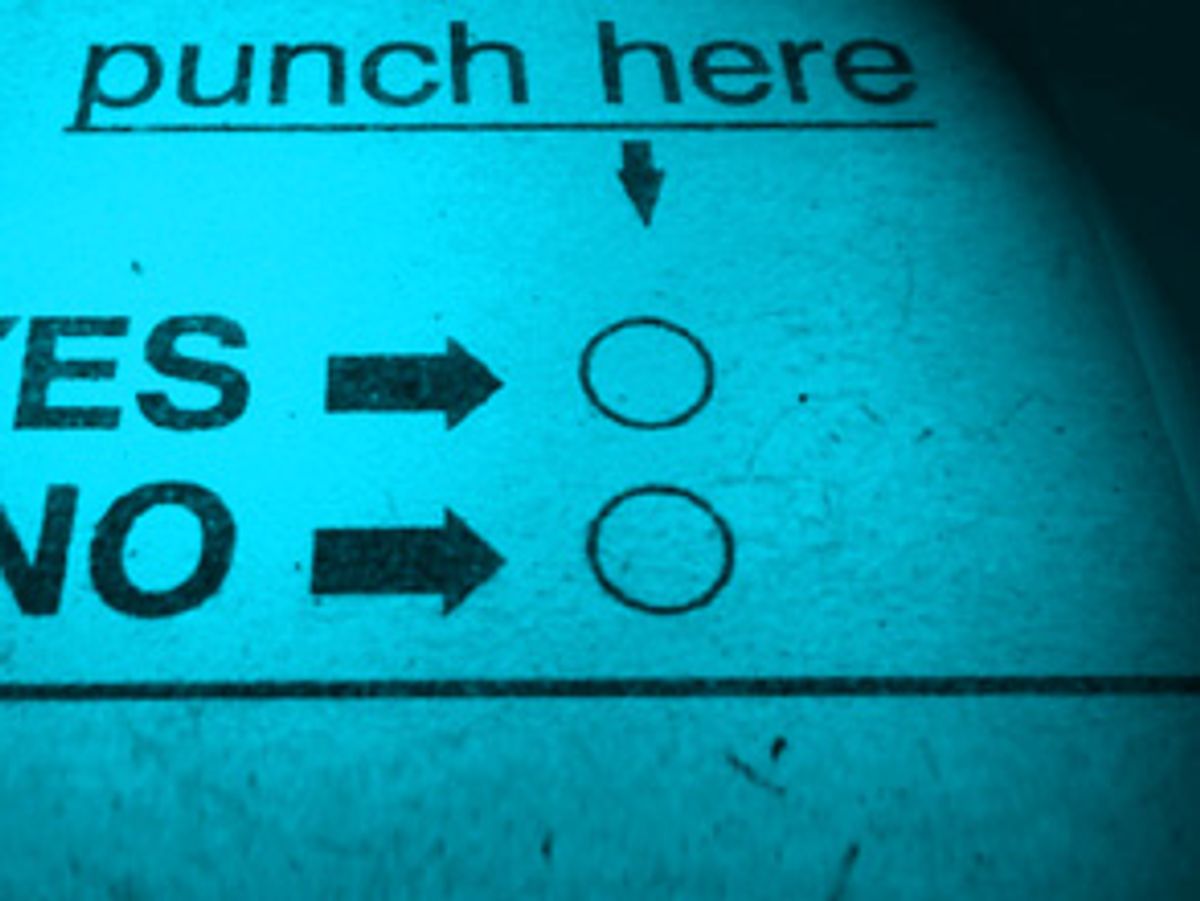 In this piece, Scott Rosenberg examines the machine count vs. the hand count controversy of Election 2000. The question has been raised, which do we trust more in such matters -- man or machine? But perhaps more importantly what does this say about George W. Bush, the candidate who believes the machine count is more reliable than the fallible human count.

Rosenberg started writing about digital culture at the San Francisco Examiner, where he spent 10 years, first as theater critic (winning the George Jean Nathan Prize in 1989) and later as lead movie critic and technology columnist. His writing has also appeared in Wired magazine, the New York Times, the Washington Post and elsewhere.

By Read by Scott Rosenberg

MORE FROM Read by Scott Rosenberg