Gore on the defensive 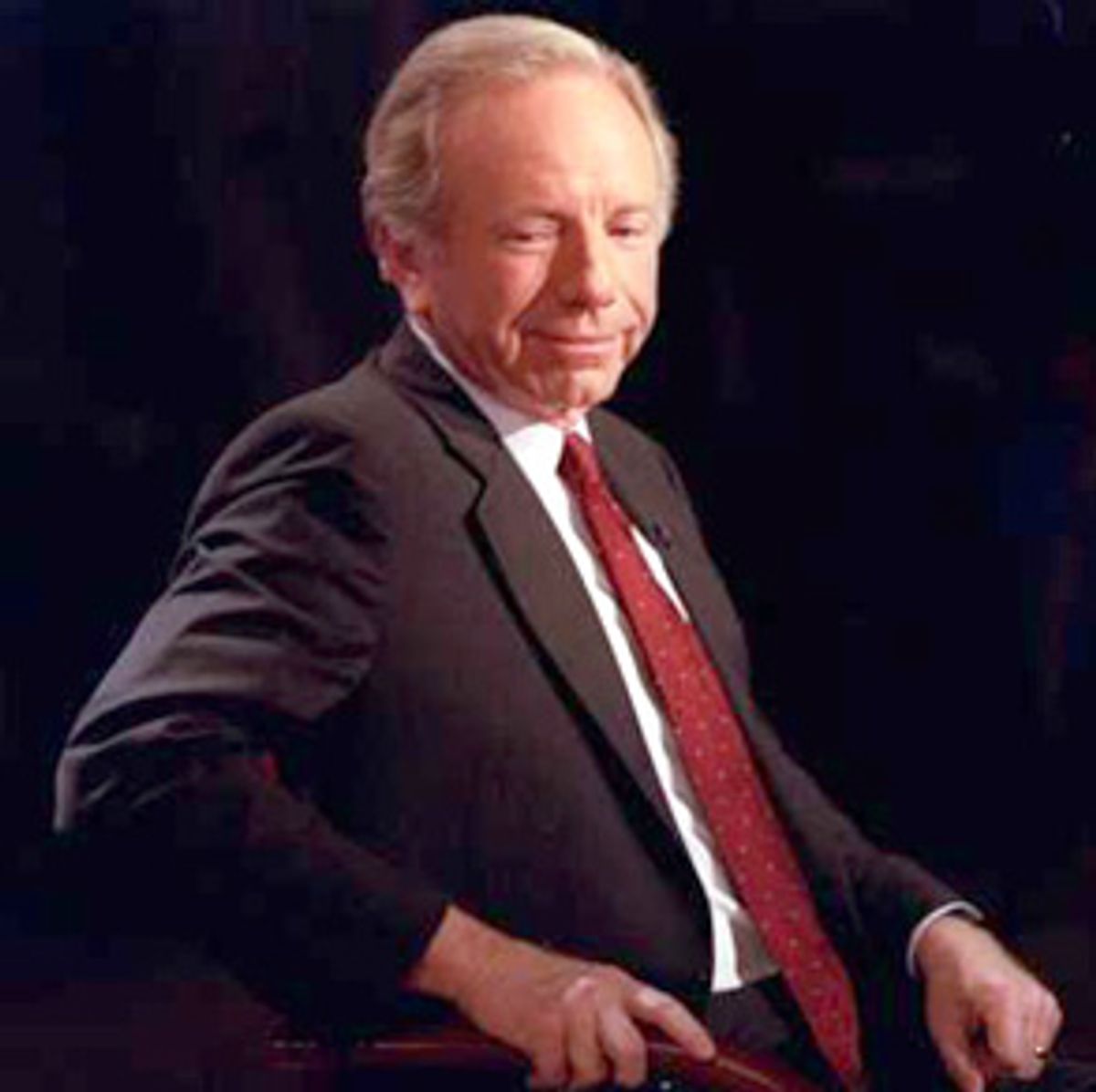 Day 12 and still no president. Al Gore and George W. Bush both continued slouching toward the White House Sunday with no clear winner in sight. Bush maintained his 930-vote unofficial lead in Florida, buoyed by 64 percent support in overseas ballots, according to the Associated Press. But the pace of salvo slinging slowed considerably from Saturday, when GOP accusations of recount sabotage flew everywhere from Florida to Fox News.

A laundry list of alleged improprieties in the Florida vote count was aired on the Sunday morning talk shows, and representatives from both campaigns were paraded out to respond to them.

A quick crib sheet on the weekend's miniscandals: At least 39 convicted felons (largely Democrats) are said to have illegally cast absentee ballots; some vote counters used ballots as fans; Post-it notes were found attached to some ballots; and some Bush ballots were found in piles that were designated for Gore ballots. Those incendiary allegations were at the center of a press conference held Saturday by Bush spokeswoman Karen Hughes, who said the recount effort had descended into sheer chaos. Hughes warned that the counties were "no longer recounting, but distorting, reinventing and miscounting the true intentions of the voters of Florida."

The most explosive charge was a GOP allegation that the Democrats waged a campaign to disqualify 1,420 overseas ballots, including some votes of military enlistees. Mark Herron, an attorney representing the Gore campaign in its Florida litigation efforts, apparently distributed a memo to other Democratic attorneys with tips on disqualifying overseas ballots, including those that lacked a postmark, resulting in some military ballots being discarded.

Gore dispatched running mate Sen. Joseph Lieberman to counter the latest charges. The Connecticut senator appeared calm and measured in each appearance, despite the fact that the Gore campaign had been forced onto the defensive Sunday.

When asked about the disqualification of certain absentee ballots by Tim Russert on "Meet the Press," Lieberman said that Herron's memo was intended to help Democrats monitoring the hand counts and that "the vice president and I would never authorize and would not tolerate a campaign that was aimed specifically at invalidating absentee ballots from members of our armed services. And I've been assured that there were more absentee ballots from nonmilitary voters overseas that were ultimately disqualified."

Lieberman said the ballots were disqualified by members of local election boards, and that counties should give those ballots additional consideration; they should "give the benefit of the doubt to ballots coming in from military personnel generally," he told Russert.

But as "This Week's" Sam Donaldson astutely observed, an analysis conducted by the Associated Press indicated that 60 percent of the disqualified ballots were from counties where Gore had won in earlier counts. Just 29 percent of the discarded ballots were from counties carried by Bush. Since ballots that weren't discarded in those counties favored Bush by a 2-to-1 margin, it appears the controversial Herron memo may have had some impact.

Speaking to the charges of impropriety that Bush's surrogates have leveled at the Gore camp and the recount effort in Florida, Lieberman described them as "serious" and encouraged local election officials to investigate them. "Al Gore and I ... don't want a single vote we don't deserve," Lieberman said. But he also sought to knock down the foundation of the accusations: "With two elections officials looking at every ballot like it was something in a medical laboratory, and with a Republican and Democratic monitor at either side of them, the possibility for fraud is quite limited."

As to the question of how far the Gore campaign will take its litigation efforts if the courts don't support its request for manual recounts, "no decision has been made about any other lawsuits," Lieberman said. It would be Gore's call to make, not his, he said, and in any case neither can control the actions of Florida voters who might opt to contest the election. "I think that's a judgment that will be made at that moment when we see where we are ... All the options are still on the table."

The Bush camp deployed Montana Gov. Marc Racicot, who on Saturday accused the Democrats of "stealing votes." He is leading Bush's campaign in the court of public opinion to derail the hand recounts. Racicot described the process as a "tangled web" and stated that Florida law only stipulates a "recount when there's a problem with the voter tabulation system."

"There has not been one allegation that the system is not operating correctly," Racicot said.

Racicot also offered the ear candy of the day: "There is more definition and procedural stability to a zoning hearing than what's going on here," he said.

The governor added that the Bush camp is still considering its legal options and told "This Week" co-host Cokie Roberts that the campaign is still contemplating whether to request its own recounts.

Meanwhile, attorneys for Bush filed a legal brief with the Florida Supreme Court Sunday, arguing that the deadline for certifying the results of a hand count had passed. The brief defended the actions of embattled Florida Secretary of State Katherine Harris, who so far has refused to budge from the seven-day discretionary deadline outlined in the state's election law. The brief stated that "the secretary's conduct was reasoned and reasonable." Harris also filed a brief with the court defending her position.

In its response to the Bush campaign's filing, Gore's attorneys asked the Florida Supreme Court to establish guidelines for the recount that would help in "determining the voters' intent." In the filing, the lawyers wrote that for "more than 80 years it has been settled Florida law that a ballot must be counted if the voter's intent is apparent from an examination of the ballot."

As has been the practice all week, whereby each side responds to the charges or filings of the other within several hours after they are issued, Racicot tried to make mincemeat of the Gore filing.

"Recognizing they are not extracting the votes Al Gore needs, Gore supporters now want to change the rules halfway through the process by lowering standards ... to reverse the results of this election," Racicot said. In Racicot's view, the Gore campaign is trying to skew the election results in its favor -- and reading chads is akin to reading tea leaves. "It is entirely a guessing game to determine whether a dimple shows a clear intent to vote for a particular candidate, and those guesses are being made by Democrat-dominated panels," Racicot charged.

Oral arguments in the case are scheduled to be heard Monday at 2 p.m. EST.

Halfway across the globe, Al Gore's boss gave his first interview since Nov. 7's never-ending election. President Clinton sat down for a face to face with CNN's John King in Ho Chi Minh City, where he is completing the final leg of his historic Vietnam visit. Clinton acknowledged that his eight-year partner at the helm of American politics may soon join the ranks of the unemployed.

"As close as this is, now it appears that when all the votes are counted Vice President Gore will have won a plurality of the popular vote," Clinton told CNN. "It appears that unless he wins Florida, he will be three votes short in the Electoral College. Therefore, everything is on Florida."

Clinton also sought to assuage fears that Florida's tally troubles are a threat to U.S. security. "This is not a crisis in the American system of government, because it will come to an end ... in plenty of time for the new president to take the oath of office."

The president even pointed to a positive message in the close vote. "It's still clear that about two-thirds of the American people want a dynamic center that pulls the people together and moves us forward, and I think we still have a fair chance to achieve that." Does he mean we'll get four more years of Clinton-style politics even if George W. Bush becomes president?