What does religion mean now? Is it a mystical experience, a collection of social protocols or just common sense? 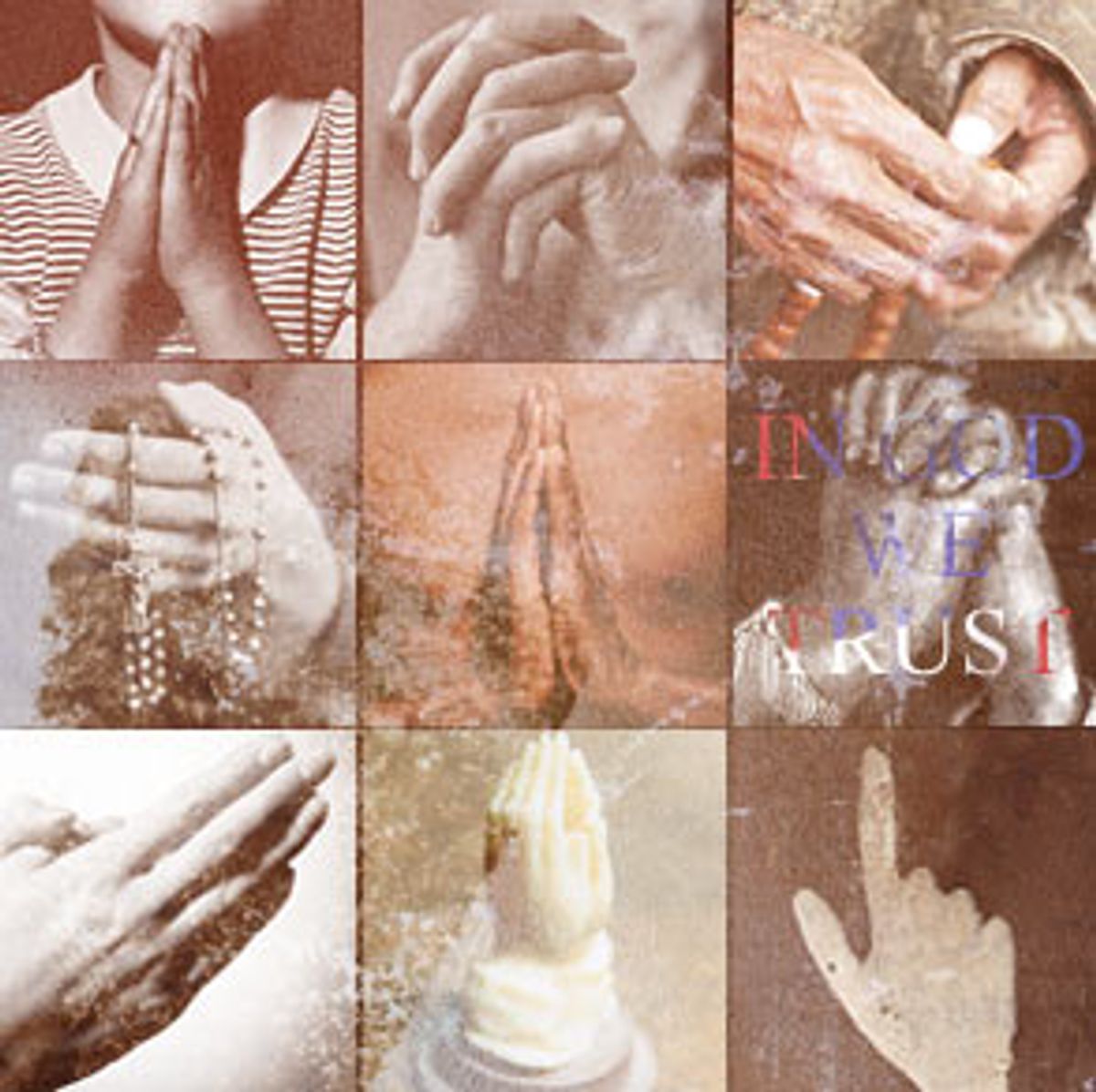 All this week, Salon People is featuring articles on various aspects of religion and faith -- it's a time, after all, when many of us may be seriously questioning our convictions, whatever they might be. Indeed, regardless of whether you're a believer, a nonbeliever or somewhere in between, religion and its place (or lack of one) in modern life continue to be the subject of passionate debate.

For reasons that are clear, and others that aren't, life makes us want to empty ourselves and be filled up with something we cannot see.

We're sophisticated and busy. We make movies, fly in airplanes, build microscopes. We work, invent, play, mingle, become inspired; we have love affairs, heartbreaks, families and friends. Yet, we suffer from the lurking sensation that something is missing. Americans labor hard and long to fulfill dreams of acquisition, comfort, material success, and then, once a week or more, a full 44 percent of us turn away from all we've amassed and toward something whose existence we take on faith alone.

Americans are religious people. According to U.S. News & World Report, 96 percent of us believe in God. Fifty-four percent attend church at least once a week -- more than in any other industrialized country. And though common wisdom holds that poor nations tend to be more God-fearing than rich ones, the correlation between wealth and religion does not hold true in the U.S.: College-educated Americans are as likely to participate in organized religion as those without a high school diploma; and there's only a one percentage point variation between those who earn less than $10,000 a year and those whose salaries exceed $60,000. American churches may be segregated, their dogmas incompatible, but Americans' eagerness to take a leap of faith is something the vast majority have in common.

And so we keep hearing about religion. This month's presidential election, like nearly every one in recent decades, brought us two candidates determined to win our faithful hearts, and in the process, our votes. Tiptoeing across America's love/hate relationship with the intersection of religion and politics, George W. Bush and Al Gore struggled to paint themselves as among the faithful, without having to offer too many details about what, exactly, that means. And, for the most part, no one asked.

Apparently, abstraction works -- the less precise candidates are about the nature of their faith, the easier it is for us to count them among our own. According to a 1996 Gallup poll, 82 percent of Americans think that, despite their religious differences, Jews and Christians share the same basic moral values. So what's the other part that makes up religion? Why do so few people talk about it, and how much does it matter to us?

If religion is the pursuit of God or of some greater meaning beyond our everyday selves, do we ever find what we're looking for?

All over the world, people continue to seek this higher understanding -- God, enlightenment -- through diverse means, including the oldest route to transcendence, monasticism. Christianity -- the faith claimed by 85 percent of Americans -- has its own surviving austerities. Carmelite nuns take vows of prayer, penance, abstinence and seclusion. They renounce ownership, as well as contact with the outside world, and divide their day between prayer and manual labor. Discomfort, the theory goes, forces us to look beyond ourselves and rewards some with enlightenment.

But monastic traditions have long been on the decline. According to a 1997 Los Angeles Times survey, only 3 percent of American nuns are less than 40 years old, and enrollment in seminaries dropped from 45,000 in 1965 to 7,000 in 1990. In some places, Eastern religious traditions -- Buddhism, in particular -- have provided contemplative order for those who might have sought cloistered lives in Catholic institutions 40 years ago, but overall, Americans are turning down whatever offers exist to give up worldly concerns in search of direct experience of their faith.

We may not have it in us anymore -- or at least fewer of us may be willing to make the sacrifice. Ours, after all, is a national myth based on the acquisition of comfort and material success; what surer way to avoid the American Dream than joining a monastery? So, Americans bring religion down to earth. If there's a common theme to be found among American religious traditions, it's an emphasis on family, community and ethics. Suddenly, we have more in common than we thought: So what if you take communion while I turn toward Mecca -- we both agree it's wrong to commit adultery, right?

Religion is, among other things, a rule book that people show their children. While statistically, wealth and education count little in determining who among us believes in God, what does matter is family. Single, childless adults are more than twice as likely to describe themselves as religiously indifferent than are married adults with children. For many, religion is less a solitary pursuit than a guidance system for family life and, in turn, a template for social responsibility.

The religion of values may provide a useful lingua franca, but it feels incomplete. Take, for example, Americans' reaction to the prospect of an Orthodox Jew for vice president. Sen. Joseph Lieberman's faith struck many as mysterious at first; it began winning favor only once it was translated into a set of values. At a pre-election press conference at the University of Notre Dame, Lieberman bemoaned the fact that religious indifference in America has made it more difficult for us to find our way out of such seemingly intractable ethical quagmires as "Why is it wrong to lie or cheat or steal?"

Is that really what his religion is for? Does he -- does anyone -- need religious doctrine to answer those questions? If so, religion is considerably less complex than we might have thought. Lieberman's faith, translated into campaign speak, lulls us right back to the Christian values espoused by Presidents Clinton, Reagan and Carter and generations of American politicians.

Religion in America, for the most part, seems neither mystical nor remote. It has to do with notions of how a society should behave. And, in doing so, it contains a germ of something momentous: If religious Americans made from their faiths a movement of volunteerism, community activism and greater kindness, ours would be a very different country.

Mormons are, in number and in popular opinion, a religious minority, but of the American religious groups, theirs may come closest to such a commitment. By obligating every young member to undertake two years of missionary service, the Church of Jesus Christ of Latter-day Saints builds the duty of working for the community (in this case, the church) into the meaning of being a Mormon. But the value of that time hinges on your view of the goal of evangelizing the world. Americans sing the praises of those whose religious beliefs are made manifest in altruism, but only a minority follow their lead. Still, the groundwork is laid.

Religion, in the best American sense, gives us a way to treat one another, to behave during our time on Earth. The gray area where Americans religions overlap -- the values that have come to symbolize religion itself for so many people -- could, if we let them, provide a blueprint for altruism. And even if that's as close to transcendence as religious Americans get, faith alone can still hold the promise of the otherworldly, of hope, of an answer.