Justices: Let the counts go on

In an enormous legal victory for the Gore campaign, Florida's highest court rules unanimously that the count can go on -- until Sunday. 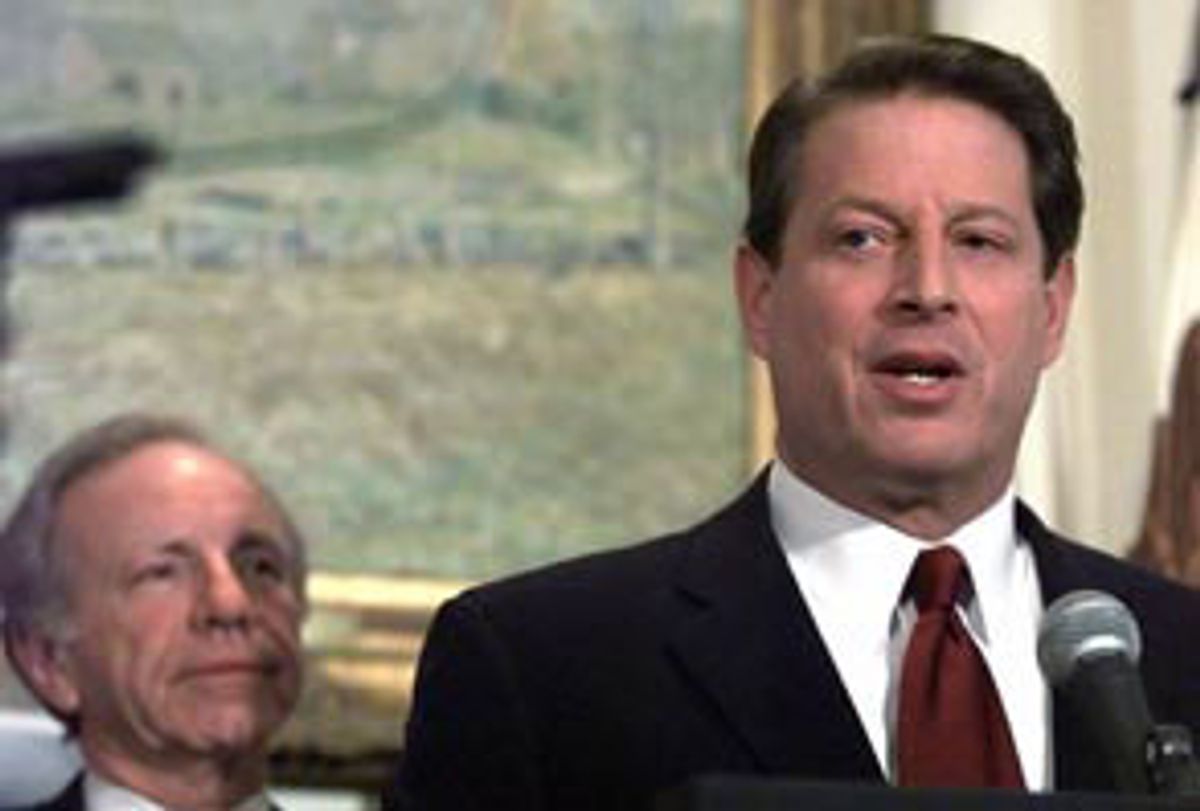 "The court has consistently held that the right of the people to cast their vote is the paramount concern overriding all others," court spokesman Craig Waters said, reading from the ruling.

The 42-page decision marked a stunning legal victory for Vice President Al Gore, who has gained considerable ground on his competitor in hand recounts. Though Texas Gov. George W. Bush is still leading by a narrow margin, the ruling could change the outcome of the Florida election, where Bush was erroneously declared victor by television networks two weeks ago.

Minutes after the decision was announced, Gore raced for the moral high ground, proposing another meeting with Bush and saying he would not accept any "unfaithful electors" -- members of the Electoral College pledged to Bush, but who may be inclined to cross over and vote for Gore.

"I completely disavow any effort to persuade electors to switch their support from their candidate to whom they are pledged. I will not accept the support of any elector pledged to Governor Bush."

The Bush team, led by James Baker, came out swinging against the ruling, and had harsh words for the Supreme Court's decision, calling it an "unjust result."

"Today, Florida's Supreme Court wrote the legislature's statutory system, assumed the responsibility of the executive branch and sidestepped the opinion of the trial court as the finder of fact." And he did not rule out the possibility of a challenge.

The court's decision was also a strong rebuke of the actions of Harris, co-chairwoman of the Bush campaign in Florida, who attempted to halt the hand counts and certify the initial results last week -- thus cementing a win for the Texas governor. But last Friday, the court enjoined Harris from certifying the results of the election. But the Gore camp seemed ready to abide by the Sunday deadline set by the court.

"I think what the court has done is set up an absolute endgame," Gore attorney David Boies told reporters.

The swift decision came as a surprise to many, as earlier Tuesday court spokesman Waters had refused to commit to a timetable for a final rulings. But rumors began to surface Tuesday evening that the court had reached its conclusion on the matter when officials ordered police to secure the area around the court's Tallahassee headquarters.

Though the Gore camp hasn't been picking up votes as quickly as it would like to, it has yielded significant gains in the hand recounts. So far, Miami-Dade has recounted 78 of the county's 614 precincts, and Gore has netted 72 votes there.

Broward County expected to finish its preliminary recount by the close of business on Tuesday despite an unexpected change in personnel. Circuit Judge Robert Rosenberg has stepped in to replace election supervisor Jane Carroll, who announced Monday that she was stepping down for health reasons. Rosenberg, like Carroll, is a Republican and will be the sole GOP member on the canvassing board. So far, Broward officials have finished recounting 604 of 609 precincts, with a net gain of 127 votes for Gore.

It's hard to pin down Palm Beach County officials on where their recount stands. While CNN has reported that close to 400 of the 531 precincts in the county have finished their recounts, officials have released new vote totals for just 103 precincts. In this limited recount, the vice president has picked up just three votes.

Democrats are increasingly focused on the dimpled-chad question. In Palm Beach County, for example, an additional 499 potential Gore votes and over 200 potential Bush votes have been excluded from new tallies pending a final decision on dimples. In Broward County, hundreds of dimpled ballots will be sorted after the preliminary recount, while Miami-Dade County has more than 10,000 "undervotes" that may eventually turn on the dimpled-chad question.

In hearing at the court earlier Monday, Democrats argued that it was the role of the court to set the standard for which votes would count in the final tally. Republicans, who are concerned that manual recounts -- especially those that includes ballots with dimpled chads -- could tip the balance to Gore, disagree. "This is an intensely fact-bound question, and there is no existing Florida law on this question," the filing said. "It would thus be particularly inappropriate to decide this question in this legal and evidentiary vacuum. At a minimum, if the court does proceed, we request an opportunity to be heard on this question."

In state circuit court on Tuesday, Judge David Tobin refused a Republican request to sift through the trash in areas where Miami-Dade County officials are conducting their manual recount. The GOP had hoped to find stray chads in the garbage as evidence that ballots are being damaged or tampered with in the recounts. Tobin further ruled that the recount could go forward and that he would not step in to mediate discussions about standards for counting ballots.

Prior to the decision, surrogates of the presidential candidates continued their war of words over disqualified overseas military ballots in Florida. Tuesday afternoon, Sen. Bob Kerrey, D-Neb., aimed criticism at allies of Gov. George W. Bush for questioning Al Gore's commitment to the military because of Democratic scrutiny of overseas ballots. Calling those slams "irresponsible," Kerrey, a Vietnam War veteran, said that demands to exempt overseas military personnel from postmark requirements for ballots were unnecessary.

Kerrey's comments came hours after Republicans continued public attacks on Democrats for allegedly trying to disregard military ballots on technical grounds. "Floridians serving in uniform, who may live and work in dangerous locations around the world, should not be disenfranchised because of circumstances requiring the delivery of their ballots without a postmark," said Rep. Steve Buyer, R-Ind. The GOP was apparently unimpressed with the conciliatory moves by Florida Attorney General Bob Butterworth and Democratic veep nominee Joseph Lieberman, who both suggested that discarded military ballots be given another look.