Tiger Woods and the Williams sisters want a bigger cut of the increased revenues they've created. Not for winning, but just for showing up. Only a fool would give it to them. 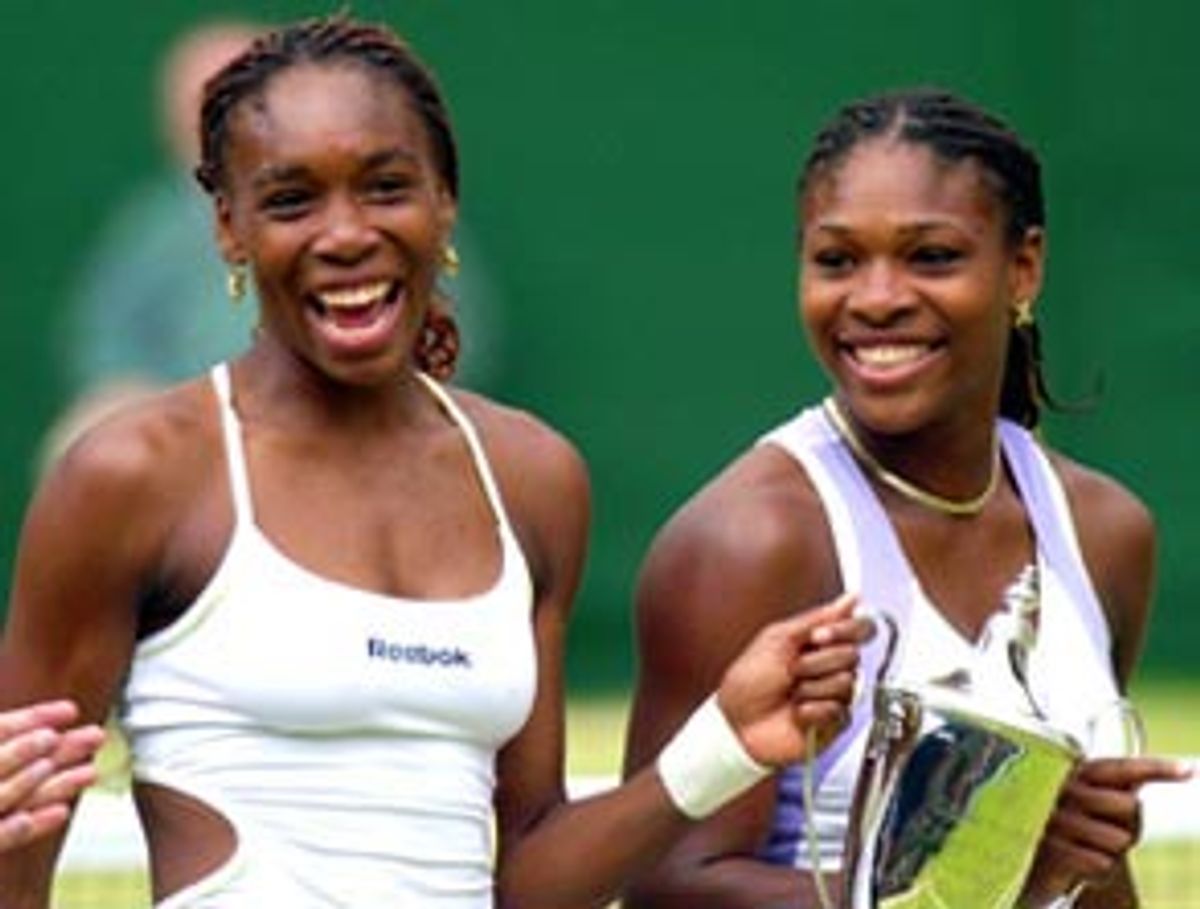 The sports press is fond of referring to players' negotiating ploys as "demands," as in "In addition to $120 million over five years, Alex Rodriguez demanded from the New York Mets a separate office at Shea Stadium, bigger billboards than Derek Jeter and a date with Jennifer Lopez." Surely these are not "demands." A demand is what Don Corleone and Luca Brasi made when presenting a contract to a bandleader. A date with Jennifer Lopez is merely a negotiating point. What seems to be happening now, though, is that the points are becoming more important in negotiations than the money.

That is, if we can believe the New York Mets' reasons for breaking off negotiations with baseball's best player are genuine and not merely an attempt to get the press and public on their side for not spending open-market-type money. This wouldn't be the first time a club (and the Mets in particular) has tried such a tactic. And if they suddenly found a way to reopen negotiations and ended up signing the player, it wouldn't be the first time that has happened either.

What's going on with the Mets and Rodriguez isn't new, it just sounds new because of the incredible sums of money. ("Where is it all going to stop?" asks the fan. And the answer, of course, is that it won't. So long as prices go up, salaries will, and should, go up.)

But what is going on with Tiger Woods and the Professional Golf Association and with the Williams sisters and the World Tennis Association is new, and is going to affect the way we perceive, receive and pay for sporting events in the first couple of decades of the new century.

There are a great many differences between Woods and the Williams sisters and between the situations for players in the PGA and WTA, but what is so striking is the points on which they are similar (which is not surprising considering that they have the same representation). Basically, what the athletes and the athletes' parents are saying is that Woods and the Williams sisters should receive a cut of the enormous revenues they have helped bring into their sports -- or in Woods' case, there is still some money in the world he doesn't have and he thinks because he exists he has a right to some of it. However outrageous this may seem, there is a compelling logic for at least discussing the idea, for it's altogether possible that the PGA and WTA will have been discovered in a few years to have quadrupled their revenues largely because of these three.

There is an equally compelling logic for the opposite argument, which the organizations are using: The revenues these players bring to their sports is being shared with the top players in the form of bigger purses for the winners. But that reply misses what this is all about. This isn't about fair compensation for winning. It's about compensation for popularity, which means ratings and ticket sales and thus more money for everyone involved with the tours.

Woods, after all, makes far, far more on outside endorsement deals than he could ever make playing golf, which is peanuts in comparison. (Why his agent doesn't talk him into playing all his golf for charity is something I can't figure. What a terrific P.R. move that would be.) Woods and the Williams sisters (who, to be fair, are at this point much less marketable than Woods) aren't demanding -- oops, negotiating -- for more compensation for winning. They're asking for more compensation for showing up. Their presence, win or lose, promises huge TV money, and a cut of this is much bigger potatoes than any prize could match.

This isn't an easy question for most fans to line up on. In owner vs. player battles I always root for the players. The Woods and Williams confrontations, which may yet develop into battles, aren't about the players benefiting -- not the mass of them, anyway -- but only about a couple of fantastically gifted ones. The average fan, I think, would argue that this is inherently unfair. But then, the average fan, if honest, would admit he or she is probably watching in the first place because of Tiger and Venus and Serena.

And who will blink first, the players or the organizations? I have no idea, but if I were prominent within the organizations I'd ask the question: Why do we have to blink at all? We make less money (I'd argue) if they don't show up, but they make nothing. Even those endorsement deals depend on their dominance on the course and courts, and to dominate they have to play against a field -- a big field, or there's no dominance.

Sure, they can make money on exhibitions and such. For a while. Sooner or later they have to come back and compete against -- and beat -- a lot of other people in order to maintain their marketing position. And the prime of professional athletes is so short, isn't it?

Well, that's how I'd argue. And if I were the agent for Woods and the Williams sisters I'd keep the argument in the back of my mind when presenting my demands.

Darn, I mean my negotiating points.

Does anyone besides me wonder how, in an age when so much information is out there to be used, the baseball Most Valuable Player picks can keep getting dumber? Now the baseball writers are actually trying to tell us that both Jason Giambi of the Oakland A's and Frank Thomas of the Chicago White Sox are better or more valuable or whatever than the Seattle Mariners' Alex Rodriguez? Did any of them spend more than two minutes glancing at the numbers before making their pick?

Did they notice that both Giambi and Thomas were considerably aided by their home parks, which gave an artificial boost to their stats (Giambi's average was 38 points higher at home than on the road, Thomas' 31 points), while Rodriguez plays his home games in Safeco Park, perhaps the worst hitter's park in baseball, one that cut down on his average by 81 points? With or without the home field factor, Rodriguez produced more runs than either Giambi or Thomas, and if Giambi and Thomas didn't hit better than Rodriguez, then why on earth would you choose them as your MVP?

The National League vote was nearly as dumb. Jeff Kent beat out San Francisco Giants teammate Barry Bonds because his superficial numbers -- batting average, for instance, in which he was .334 to Bonds' .306, and RBIs, 125 to 106 -- were superior. Did any of the voters note that Bonds' on-base average was more than 90 points higher? Or that Bonds had a higher slugging average? If the voters were honest they'd have simply said, "Look, Bonds has won it too often, we just wanted to go with someone new." Actually, if they were honest, they'd admit that they didn't look to see that both Bonds and Kent play their home games in a band box, while the Mets' Mike Piazza, laboring in Shea Stadium, one of the two worst hitter's parks in the league, outhit Kent by 44 points and Bonds by 86 points on the road.

I'm so tired of these arguments (like the one repeated by Murray Chass in last Friday's New York Times) that, somehow, there's a mystical difference between "Most Valuable Player" and "Player of the Year." (What would that difference be, anyway?) And that that difference can only be perceived by a handful of middle-aged white guys. I'm also tired of hearing them say, "It's not just about numbers" when in fact their pick is always about who leads in one number, RBIs.

If these guys could pick their own All-Star team, it would lose.