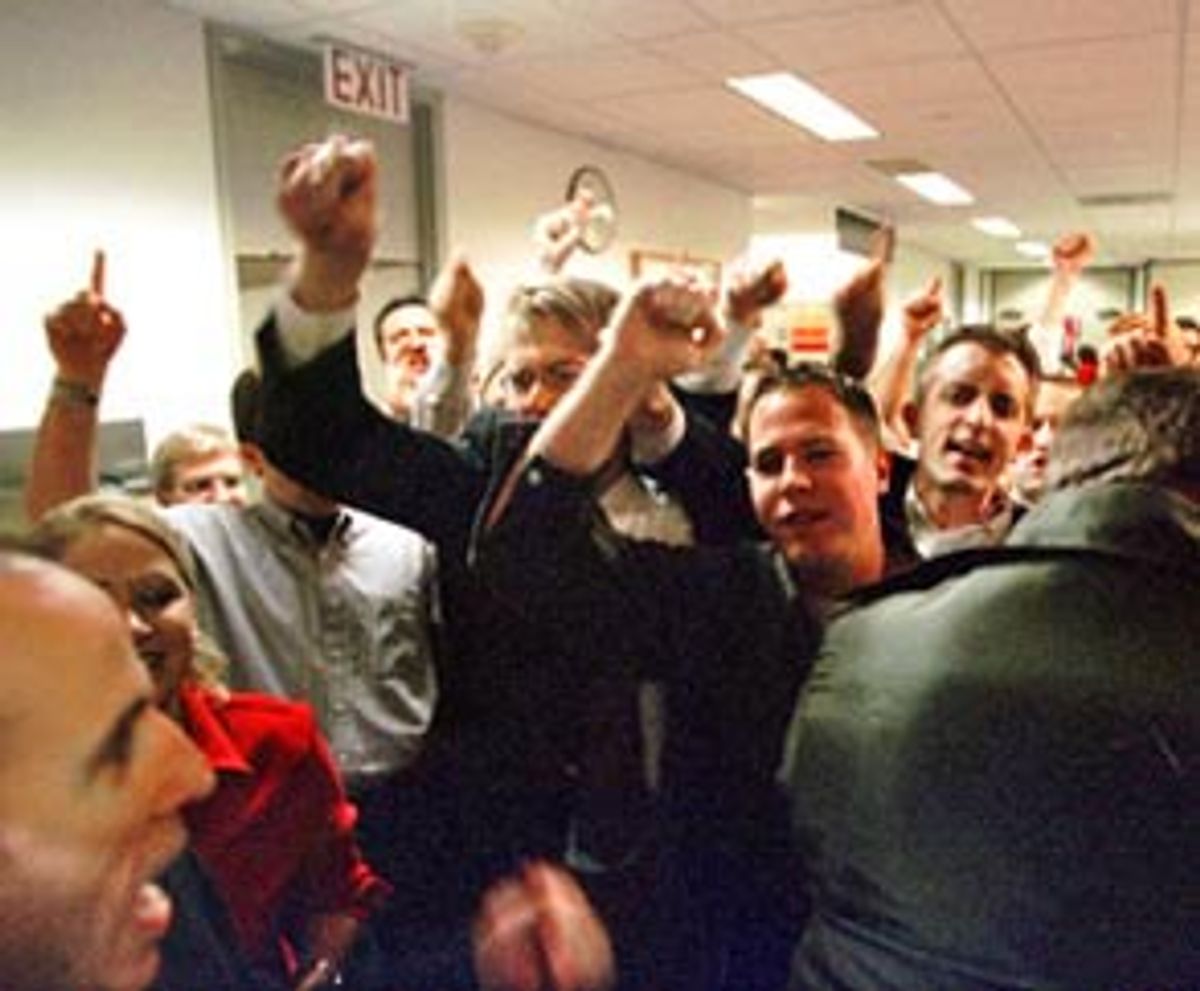 In the quickest resolved court action of the post-election Florida fracas, the Florida Supreme Court rejected a request by Vice President Al Gore to force Dade County to continue counting ballots, after officials there threw up their hands Wednesday, saying they couldnt meet the 5 p.m. EST Sunday deadline imposed by the court.

Democrats were upset Dade County had "changed the rules" on its manual recount decision Wednesday, and early Thanksgiving morning, lawyers for Gore filed the request to the states high court asking that they order Dade to get back to business. But by early afternoon, the court had rejected the request.

Dades canvassing board had decided Wednesday morning to go ahead only with a recount of approximately 11,000 "undervotes," ballots where no presidential choice had been detected by vote tabulation machines, to accommodate time constraints. That brought outrage from Republican observers and local officials. Eventually, though, the canvassing board voted unanimously to end the manual recount, a potentially fatal reversal of fortune for Gore's presidential hopes. Dade had only begun its recount process on Monday, and had finished manually recounting fewer than a third of its 654,000 votes.

On Thursday, counters in Broward County went home shortly after 3 p.m. EST, with reports that Gore had added more than 200 votes to his tally. There was some controversy briefly when, as news cameras rolled, one Broward County Republican counter began arguing that a ballot that was being tallied for Gore shouldnt be. Captured on TV, he began arguing with the judge monitoring the counting table, saying that on the ballot, each vote had been clearly made (all chad knocked out) except for the vote in the presidential category, where there was only an indent for Gore.

But this one fleeting, exciting moment on an otherwise uneventful day passed quickly. After the judge summoned police officers to the table, the surly counter calmed down, and within a few hours, Broward County shut down the proceedings for the holiday.

Both Gore and Gov. George W. Bush were out of the cameras glare (except for a morning run by Bush) celebrating the holiday with their families. In an unexpected attempt at bipartisan good will (or, a cynic must wonder, good p.r.) , Bush running mate Dick Cheney, according to CNN, called Gore running mate Sen. Joe Lieberman to wish him and his family a happy Thanksgiving. Cheney made the call from George Washington University Hospital after undergoing a two-hour operation to widen a constricting artery after suffering from what doctors described as a minor heart attack.

Meanwhile, the all-news channels did their best to mine the ongoing controversy, though their A-list of experts was notably absent. Instead, they scraped the bottom of the barrel, with CNN turning over "TalkBack Live" to low-rent radio hosts/screamers Blanquita Cullum (from the right) and Martin Lewis (from the left).

In the ongoing manual count, Bush has actually earned 14 additional votes in Palm Beach County. But Democrats hope that in both counties, Gore will reap a majority of the "undervotes" in that have yet to be examined (11,000 in Palm; 10,000 in Broward).

Though the technical language of the ruling did appear to be a victory for the Gore camp, it was still unclear how the canvassing boards of Broward and Palm Beach counties would interpret the decision, and whether or not they would actually accept the dimpled chads as votes.

Earlier Wednesday, Gov. George W. Bush indicated he would take his gripes straight to the U.S. Supreme Court, authorizing his lawyers to appeal a Florida Supreme Court ruling there as soon as they deem fit. Republican attorneys would argue that the seven judges on Florida's highest court overstepped their bounds with a Tuesday night ruling that would have forced Florida Secretary of State Katherine Harris to certify late manually recounted ballots.

That report came just hours after Bush commented about the recount decision in a brief press conference. At that time, the Texas governor would not commit to a response to what he called a disappointing decision on recounts. He did, however, strongly condemn the recount ruling, contending that the court "rewrote the law" and "changed the rules" with its decision.