Gore stays on the offensive

The vice president will appeal a ruling against an immediate hand recount to the Florida Supreme Court. 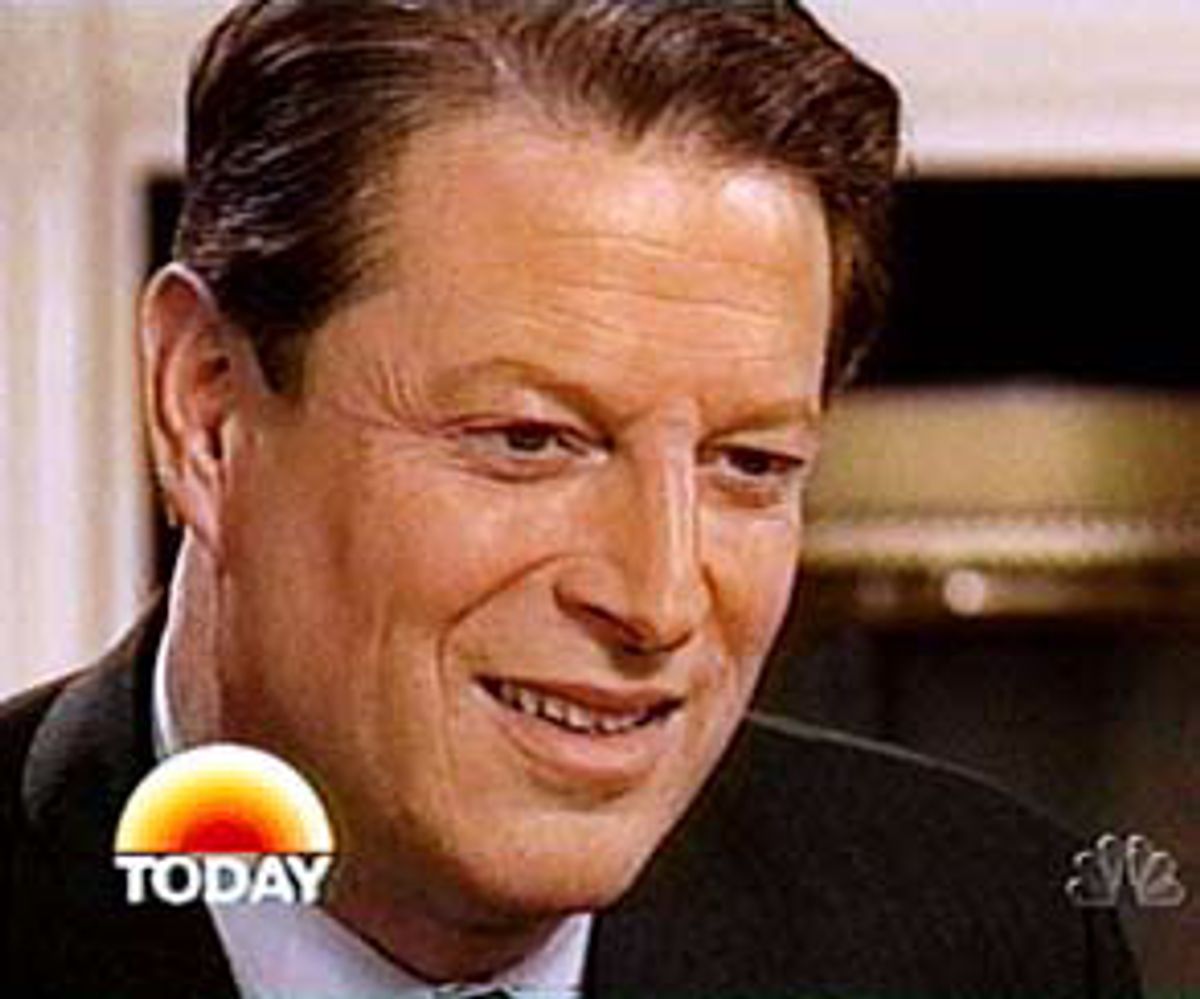 Meanwhile, during an afternoon hearing in the Leon County Circuit Court -- which one day earlier ruled against a Gore petition for an immediate hand recount of contested ballots -- Judge Sanders Sauls took the extraordinary step of ordering Miami-Dade and Palm Beach counties to ship more than 1 million ballots to his chambers in preparation for a Saturday hearing on the case.

Tuesday, Sauls had ordered the counties to ship about 14,000 ballots, but he modified that order Wednesday after lawyers for George W. Bush argued that fairness would require that all ballots from those counties be delivered to the court. "Defendants believe that fairness requires, at a minimum, that if the ballots in Miami-Dade or Palm Beach counties requested by plaintiffs are produced, defendants should be permitted to discover all of the ballots from those two counties," the Bush attorneys argued in a letter to the judge.

And that's exactly what's going to happen on Thursday, when a police convoy escorts the disputed ballots on their 400-mile trek to Tallahassee.

Ever since Florida certified Gov. George W. Bush as the winner of its precious 25 electoral votes, Vice President Al Gore has been campaigning to convince the American people that there's nothing wrong with waiting for his court challenges to spin themselves out. Though the Republicans plan their own propaganda pitch with a press conference starring veep wannabe Dick Cheney at 2 p.m. EST, Gore got an early start Wednesday when NBC's "Today" show aired an exclusive interview with Gore conducted by reporter Claire Shipman.

It was the third time since Monday that Gore had faced the press and the public. In a Monday evening address, Gore appealed to the public's sense of fairness and concern for possibly disenfranchised voters to build support for the Democrats' various legal actions. "A vote is not just a piece of paper; a vote is a human voice ... and we must not let those voices be silenced," Gore said. "Whatever the outcome, let the people have their say and let us listen." He repeated that message in a Tuesday afternoon press conference when he asked rhetorically, "Why not count all the votes?"

The "Today" interview was a little lighter on pronouncements and a bit heavier on cozy conversation. The vice president did reiterate his assertion that he earned more Florida votes than Bush did, and that an accurate count would bear that out. "I think that a clear majority of people who went to the polling places and tried to vote did vote for Joe Lieberman and me," Gore said. "That happened in the country as a whole, and I think that happened in Florida." He didn't sound especially confident, however, that he will prevail, describing his chances of becoming the next president as 50-50.

Gore spoke with much more certainty about his spirits throughout this post-election ordeal, vigorously denying reports that he felt "tortured" by the Florida fight. He also dismissed speculation that he stays up nights plotting with advisors and tormented by what-if scenarios, saying that he has been sleeping "like a baby."

Florida lawmakers, however, may be losing sleep over whether they should intervene in the election mess. The Legislature is debating whether it should hold a special session to prepare to pick the state's 25 electors in case the situation remains unresolved on Dec. 12. That body, dominated by the GOP, has been the source of speculation ever since Bush advisor James Baker suggested it could override manual recount rulings made by Florida's Supreme Court.

Meanwhile, Dick Cheney said he would head to Bush's ranch in Crawford, Texas this weekend to meet with Gov. Bush and Gen. Colin Powell. The former Joint Chiefs of Staff chairman, who is widely expected to be named secretary of state in a Bush administration, has told the governor he does not want the appointment announced until the legal wrangling over the election is over. But that didn't stop Cheney from dangling Powell's name in front of reporters once again.

Even though Team Bush has not been given access to public money and office space normally allotted a presidential transition team, Cheney announced the Bush transition team office in McLean, Va., will be open for business tomorrow. "Contributions are welcome," he said.

Cheney's announcement came at a briefing for reporters in Washington. He said Michael Toner would serve as legal counsel for the transition and that David Gribbon, who worked with Cheney both in the Defense Department and at Halliburton, would serve as the director of congressional relations for the team.

Gore's lawyers may be making a return trip to that court after being dealt a setback in its election challenge. Early Tuesday evening, Leon County Circuit Judge N. Sanders Sauls turned down their request for an immediate recount of thousands of disputed Miami-Dade and Palm Beach counties' ballots. Instead Sauls set a hearing for 9 a.m. EST Saturday to consider whether Gore's challenge to the certified vote totals in those two counties and Nassau County should move forward at all.

Concerned that the Saturday court date will result in the loss of precious time in the recount battle, Gore's attorneys have hinted that they may appeal Sauls' decision to the Florida Supreme Court. Still, the decision was not a complete defeat for the vice president. Sauls also ordered that the Miami-Dade and Palm Beach undervotes -- along with voting machine from both counties -- be sent to his court by noon Friday in case he ultimately orders a recount. To protect the approximately 14,000 ballots, election officials plan to send them to the Tallahassee courtroom in a police squad car.

As the ballots are handed over to Sauls on Friday, Bush and Gore will undoubtedly be more focused on a court hundreds of miles away. On that day, the U.S. Supreme Court is to hear arguments in the Texas governor's challenge to Florida's manual recounts. Both sides filed legal briefs Tuesday afternoon.

In its 51-page filing, the Bush team called on the Supreme Court to overturn the Florida Supreme Court's decision permitting hand recounts in the state in order to "imbue this election with the finality that the carefully wrought federal system was meant to secure."

Bush's attorneys assert that the state Supreme Court violated the U.S. Constitution and could have changed the outcome of the election when it ordered Florida Secretary of State Katherine Harris to extend her deadline for certifying the election.

On Tuesday, the court made a historic concession to the press by offering audio tapes to media outlets. The court rejected a request to allow television cameras to film the proceedings so Americans could watch the arguments live.

More people are beginning to watch a Florida voter's lawsuit that could play a major role in the final results. Circuit Judge Nikki Clark has refused a request to consolidate a Seminole County case with the Gore's election challenge suit, a blow to the Republicans. In that case, a local Democrat has charged county election officials with allowing GOP volunteers to illegally alter 4,700 absentee ballot requests that would have otherwise been ruled invalid.

Brought by Democrat Harry Jacobs, the suit seeks to have all 15,000 of the county's absentee votes disqualified. If Jacobs' case succeeds, Bush will lose 10,006 votes and Gore will lose about 5,200, a net gain of about 4,800 for the vice president -- and more than enough for him to overtake Bush in the certified vote tally.