Caregivers cutting corners for a famous client may be just one of the problems bedeviling the respected actor -- who could face hard time. 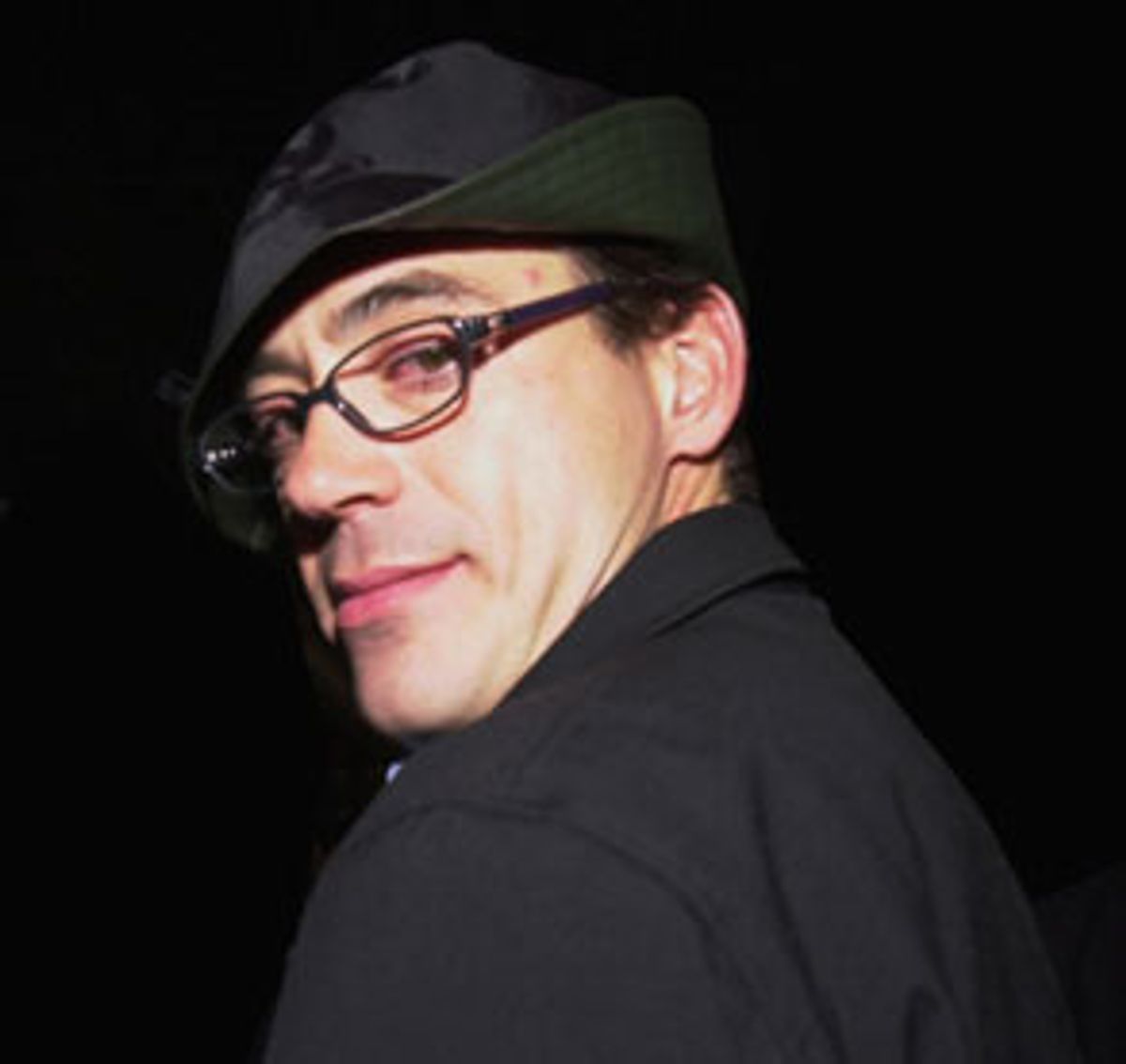 Why can't talented, handsome Robert Downey Jr. get over his drug addictions?

It's not as if he doesn't have anything to live for: He could become one of Hollywood's biggest and most enduring names. It's not as if he is in denial about his addiction; instead, he seems to recognize the severity of the problem. It's "like I've got a shotgun in my mouth, with my finger on the trigger, and I like the taste of the gun metal," he explained to a judge last year. He seems to know that his problem is screwing up his life, and has repeatedly announced his desire to quit drugs. He has attended plenty of treatment programs. And he has the financial and professional resources to get medical help.

In recent months, after his well-publicized struggles and jail time, his career righted itself. He scored a recurring role on the popular show "Ally McBeal." He was signed to star in a new movie, "America's Sweethearts," with Julia Roberts, Catherine Zeta-Jones and Billy Crystal. Mel Gibson was slated to direct him as the lead in "Hamlet" next year in a Los Angeles stage production.

So why did he again find himself under arrest Nov. 25, charged with possession of cocaine and methamphetamine, and why can't he kick the habit?

In part, because it's not a habit -- not something that can be overcome by sheer willpower, according to Jeffrey Hon of the National Council on Alcoholism and Drug Dependence. "Drug addiction is a chronic medical condition -- it's a behavioral illness just as much as diabetes or asthma is," he says. "It's not as if an addict can go into treatment and suddenly get cured once and for all." George Koob, a neuropharmacology professor at Scripps Research Institute, concurs: "Whether you're a movie star or a truck driver, you've got to understand that you always have to work at staying clean and constantly monitor yourself, just like a diabetic has to," he says.

In fact, Downey's superstar status has probably detracted from the treatment he has received, says Joseph Pursch, a psychiatrist who specializes in addictions and has treated high-profile people such as Betty Ford and astronaut Buzz Aldrin. That's because doctors and caregivers -- who want their famous patients to like them and recommend them to other big-deal clients -- often cut corners for VIPs, like letting them out of treatment before they are fully recovered. "I call it the 'VIP syndrome,'" he says.

It's also possible that underlying psychological problems may be part of the reason Downey abuses drugs and why it's so hard for him to stop. A psychiatrist who talked with Downey during his last prison stay testified that the star was suffering from bipolar disorder, or manic depression, and used drugs to "self-medicate," or get relief from the psychological pain of that illness.

"For some high-profile people, there is more of a stigma attached to [a disease like manic depression] than to a drug addiction," explains psychiatrist Bill Callahan Jr., president of the Orange County Psychiatric Society and head of the American Psychiatric Association's Joint Commission on Public Affairs. So while someone like Downey may be able to admit he has a drug problem, he may not want to face the possibility that he has another psychological illness that's not quite as glamorous. That makes sense, especially when you consider how many celebrities readily admit to drug use compared with the number -- are there any? -- who have come forward about problems like bipolar disorder or schizophrenia.

While Hon doesn't know Downey, he speculates that the actor may not have the support system that is so crucial for recovery. "He's divorced and he doesn't seem to have a good parental support system, considering he was allowed to smoke marijuana at such an early age," Hon says.

The actor's father, Robert Downey Sr., was the iconoclastic director of movies like "Putney Swope" and a flamboyant drug user in the 1960s and '70s; a few years ago it was reported that the elder Downey had tried to help his son through rehab and was collaborating on a screenplay with him.

Hon adds that Hollywood relationships are often superficial and unfulfilling. His hunch may be on target: Palm Springs resident Laura Burnett, who was with Downey shortly before his arrest -- it was she who was wearing the Wonder Woman costume -- recently told "Access Hollywood" that he was upset about not being with family for the holidays.

Moreover, instead of supportive friends and family members, stars are often surrounded by people who push them into situations that might run counter to their best interests. "A doctor probably wouldn't recommend that an actor immediately resume his career, but an agent would push him to do it," Hon says.

"Part of it, too, is simply that he can afford to buy the drugs," Scripps' Koob says. He notes that stress is also a major cause of drug abuse. Downey's role in "Ally McBeal" and his other professional roles may have actually harmed his recovery. "The intensity of the new job may have pushed him back over the edge," he says.

Chris Canter, spokesman for Walden House, where Downey used to be a patient, notes that people in high-pressure occupations often use drugs because they believe the use enhances their performance or, in the case of amphetamines, helps them get by on less sleep.

But an addict can learn a lot from a relapse, Canter adds. "It's a good opportunity for him to ask himself: 'What triggered this? What made me go out and do this?'" he says. Canter suggests that an addict can help himself overcome a bad addiction by finding a good one. "Going to the gym can be considered an addiction, but it's not the kind of thing that's going to kill you," he says.

Brian Dyak, president and CEO of Entertainment Industries Council, the group that gives out the Prism Awards, which recognize accurate depictions of drug and alcohol abuse in the entertainment industry, has a message for Downey. "There are a lot of people who know what a struggle it is to overcome an addiction," he says. "And I'm sure they're all praying that Robert Downey Jr. never gives up and finds the strength to eventually overcome his addictions."