The whiz-kid inventor of that $200 billion light beam spent 30 years fighting for the credit. 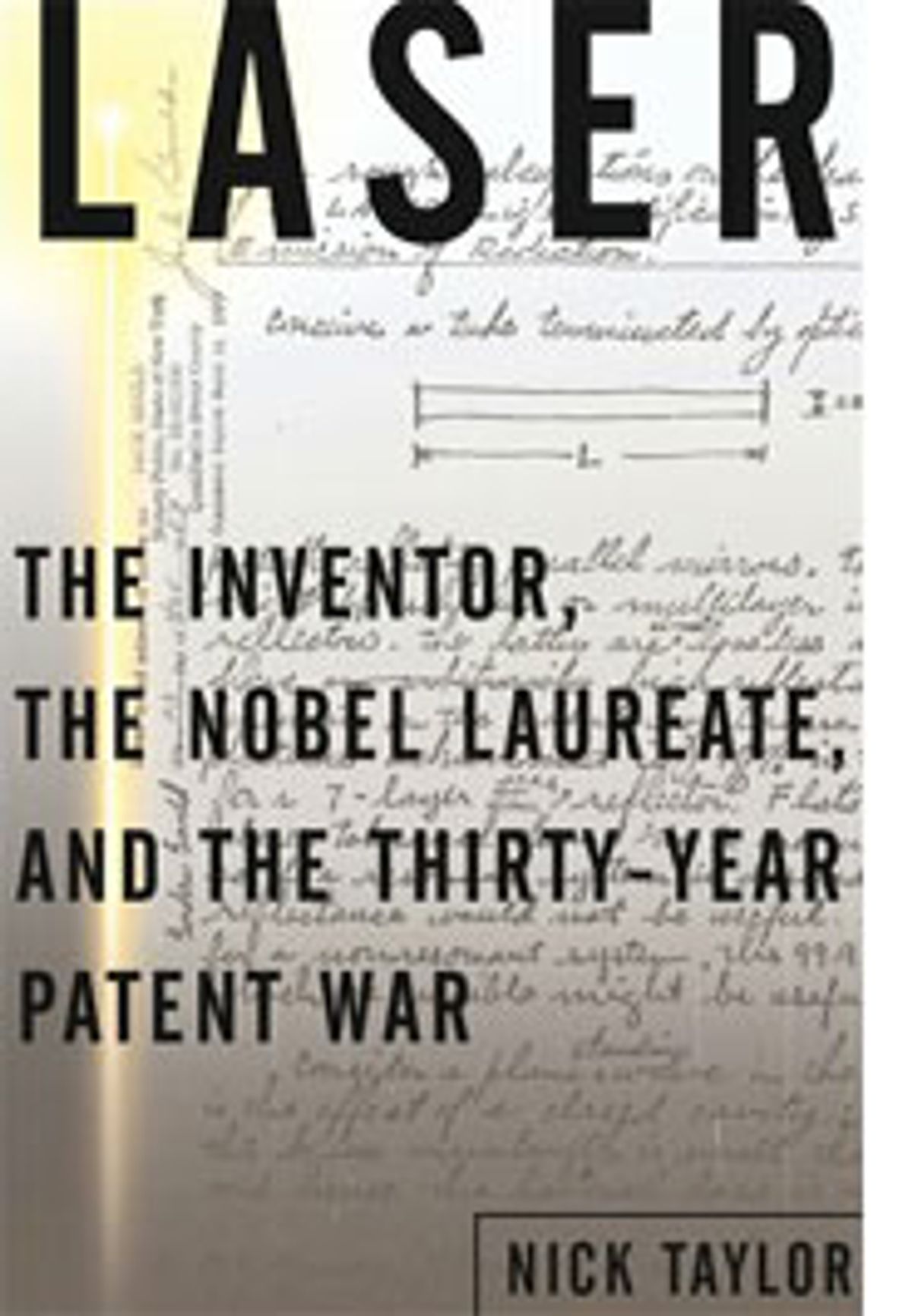 Gordon Gould was not your average proto-nerd. As a science student and optics whiz kid in the 1940s and 1950s he was also a college debater and a card-carrying Communist who sold the Socialist Worker newspaper on New York streets and lost a job connected with the Manhattan Project because he stood up for Jewish employees. Also, he had an active sex life. But even though he was an intuitive inventor with a strong belief in practical applications, what most separates him from the techno-mavens of today's Silicon Valley is that he had an absolute tin ear for business.

So in his 30s Gould was still a graduate student living in a drab New York walk-up, working part-time but mostly living off his wife's salary while she nagged him to finish his thesis. Then one night in 1957, after a few years of related work at Columbia University and several obsessive days of hitting his head against conceptual walls, it happened. Suddenly he woke up in bed and saw the whole thing. For the next four days he worked it all out on nine pages of a notebook, then walked down the street to a candy store and had his notes notarized. On Page 7 was the name of his invention. He called it "the Laser."

Not "the maser" (though he had a hand in inventing that as well) or "the phaser" (though his invention did give President Reagan his Star Wars dreams) but the laser, a way to concentrate amplified light into a straight beam of great intensity that can be variously adapted to zap tumors, guide missiles or create three-dimensional images in the air. Even allowing for the airplane, the atom bomb and Prozac, it was one of the most spectacular inventions of the 20th century.

Gould had to wait some 30 years before he was acknowledged (legally and otherwise) as the true inventor of the laser. Others claimed the distinction, in particular his Nobel Prize-winning professor, Charles Townes, who felt Gould had stolen the idea from him. Townes was the acknowledged star, and in the coverage of their court battles Gould was called the "attic inventor," accused of pursuing the "candy store patent case."

It's a pretty good story so far but, unfortunately for readers of Nick Taylor's "Laser," it doesn't remain one for long. The patent disputes soon become a war of corporations, thus dissipating the David and Goliath quality. Gould's early social conscience disappears and, as Taylor announces, Gould's main interest in winning the patent becomes the money. Taylor hints that it was Gould's class-inspired suspicion of business that caused him to screw up his rightful claims to the patent in the first place. But he eventually compensated for that and began taking care of business. After all, as Taylor notes, "Some $200 billion worth of lasers and laser systems had been sold by century's end."

Gould's early leftist leanings caused him to be denied security clearance to work on his own laser for a while (since, of course, the first interest in laser technology was for weapons), but soon the impact of politics on his career vanishes without a trace. Even the rags-to-riches aspect is gone long before the end of "Laser." Though Taylor tries to pump up the drama with such immortal phrases as "the stakes were high," by the time Gould finally wins his case in 1987, he is already a rich man as a result of other patents and deals. He just gets richer in his retirement, endows a chair in physics and becomes a patron of the arts in a Colorado ski town.

The book is thoroughly researched and has a few delicious if predictable moments: the Air Force physicist who claims making a laser is impossible, Gould's second wife questioning how his invention could be more important than getting his Ph.D., while his first wife (the Communist who impressed him with her active support of free love) calls him "an enemy of the people" after their divorce. But the intriguing elements sink quickly, and even the science fades away, until the story becomes mostly about the ins and outs of patent law.

"Laser" never shapes a compelling narrative or develops any of the potentially involving themes. Instead it's stuffed with the inexplicable and extraneous data that word processors seem to have deeded to nonfiction, organized around TV-biography clichis that would make even Matt Lauer blush. The writing is seldom better than perfunctory and often worse than clumsy. When Taylor writes that "Gould finally gave up his three-pack-a-day cigarette habit in 1991, along with Marilyn," he probably meant that Gould and his (third) wife both quit smoking, and not that he dumped her.

I should probably end this review with some clever line about the book at least shedding some light on the brilliant invention of a bright and shining mind, but I think A&E has the patent on that one.