Lansbury is 75, but she still has that sensual Pekingese mouth. 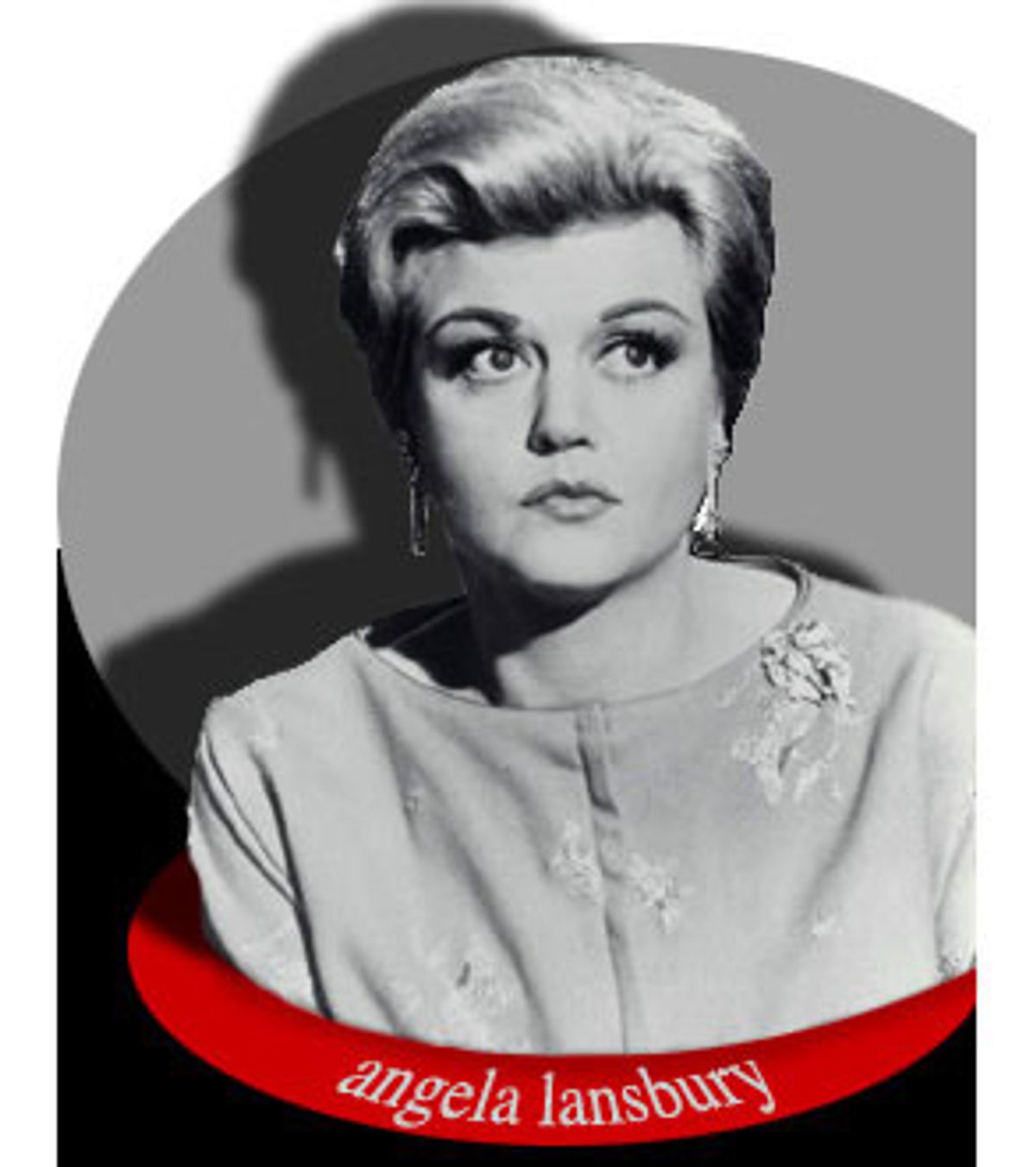 Angela Lansbury is 75 years old, and an unmistakable lady. You may reckon that she found her element when she came upon the role of Jessica Fletcher in "Murder, She Wrote." When "Fresh Air" host Terry Gross interviewed Lansbury, she asked her in a joking manner just how many murders Jessica had solved. And she knew, like a hitter knowing her average -- "265," she said.

Well, Lansbury won a Kennedy Center fellowship last weekend. It goes with her Tonys for "Mame," "Dear World," "Gypsy" and "Sweeney Todd" and three supporting actress nominations, for "Gaslight," "The Picture of Dorian Gray" and "The Manchurian Candidate." You've got it -- we all love Angela Lansbury.

Miss Lansbury wasn't 20 yet. She was a nice girl, anyone could see it. Yet the director, George Cukor, knew she could be what he called the "rather dirty girl," the maid. And I'm sure she had been very nicely brought up in London, where she was the granddaughter of George Lansbury, a leader of the Labour Party. So how did she know just how vile and suggestive the maid could be when she guessed that the man of the house had hired her to torment his own wife? "Well, I'm sure I couldn't say, ma'am," is the sort of thing she says. But her face with that sensual little Pekingese mouth, it says so much about the depraved, unspeakable things she likes.

Now, nobody could say the movies made the most of Angela Lansbury. It was an odd career -- playing debauched Philistines with George Sanders in "Samson and Delilah," being the woman who seeks to seduce Spencer Tracy in "State of the Union." Somehow, she was always playing darker, older women than she could possibly claim to be. It's like that in "The Manchurian Candidate." She was only 37 when she made that film, with Laurence Harvey her son when he was already 34. Not that the age factor got in the way, not when she has her great speech about when he's to assassinate the presidential candidate, and how afterward it's all going to be all right, and he'll get his soul back because she'll be avenged on all the individuals who thought they could use her, and she takes her poor boy Raymond's sick head, kisses him on the forehead and then kisses him on the mouth -- the way cockfighters kiss their cock for a dying effort.

That was 1962, a throwaway incident, something the audience was left to notice or not. But all I could see was the snarly avidity of the maid's face, the maid who had become Mrs. Iselin, and wanted it all, everything, and why not? So come with me, my dear, into the dark, secret part of the house, where we can hear the rats between the walls listening to us kiss, and gossipping in their rat way.