In stepping down, Israel's prime minister is trying to make an end run around his strongest political rival. 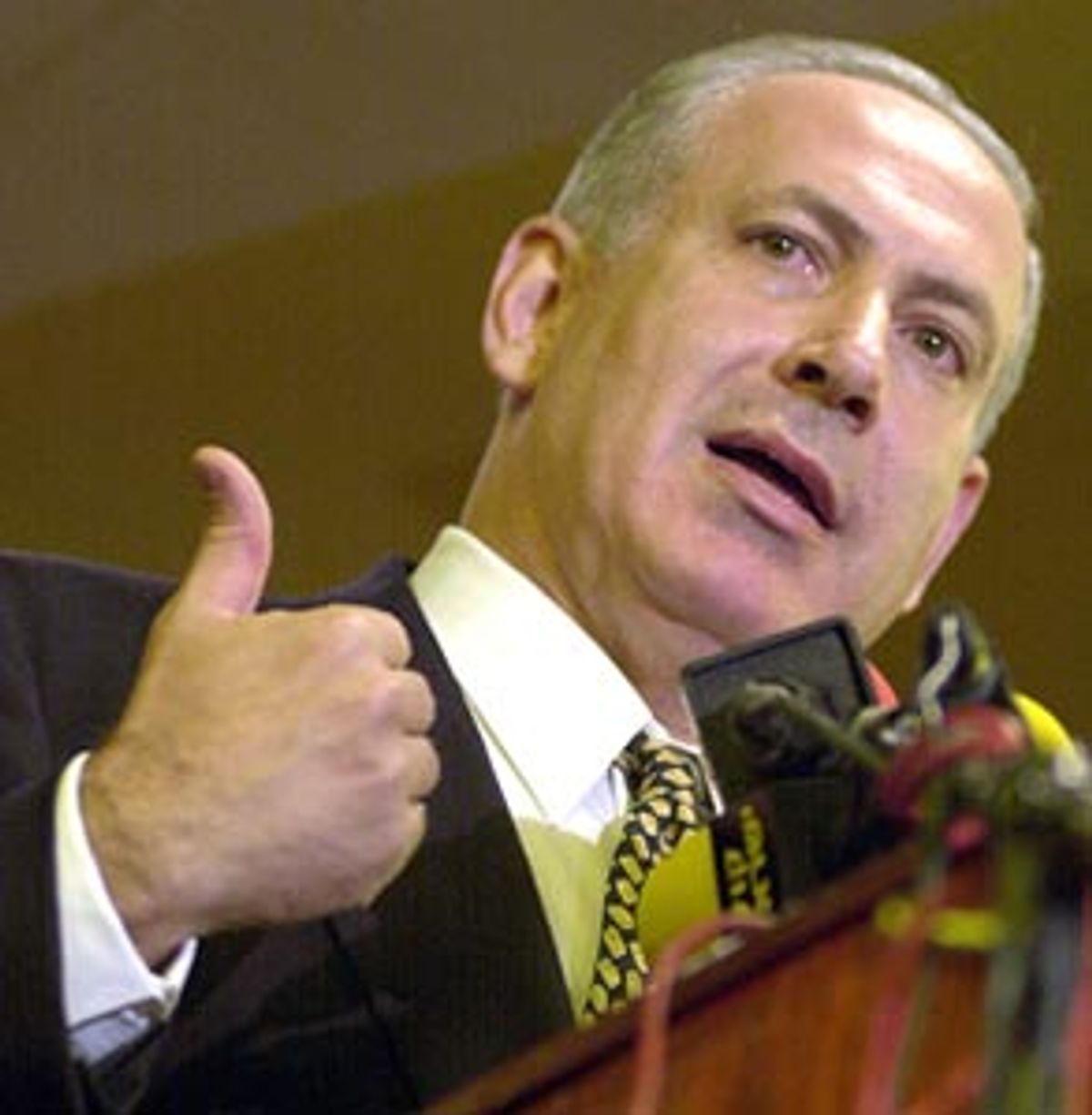 With his surprise announcement over the weekend that he was resigning as prime minister, Ehud Barak has thrown the Israeli political landscape into turmoil. Under Israeli law, the move requires a special election to be held within 60 days.

Given the collapse in recent months of his majority coalition in the Knesset, the Israeli parliament, Barak had assented to the legislature's plans to dissolve itself and hold new elections, which were originally scheduled for May. But his sudden resignation was seen as a high-stakes gamble which may well cost the prime minister his job.

Under the special election law, a vote will be held only for the post of prime minister rather than for the entire Knesset. It is widely believed in Israel that Barak stepped down to drastically reduce the possibility that his chief opponent would be Likudnik and former prime minister Benjamin Netanyahu, who has been riding high in the polls in recent weeks, rather than current Likud leader and Netanyahu rival Ariel Sharon. The continuing wave of Palestinian protest began when Sharon, a highly controversial figure and a hard-liner on security issues, made a widely publicized visit to the area of Jerusalem's holiest Muslim site -- a location also revered by Jews.

Israeli law restricts prime ministerial candidates in a special election to current members of the Knesset. That would exclude Netanyahu, who stepped down from the parliament after his electoral defeat by Barak in 1998, unless he can persuade the legislature to either dissolve itself earlier than planned or change the law -- a difficult task given time constraints and the fractious realities of Israeli politics.

To understand the implications of the latest developments, Salon spoke with Shibley Telhami, who holds the Anwar Sadat Chair for Peace and Development at the University of Maryland and is a senior fellow at the Brookings Institution.

What do you think is the impetus behind Barak's resignation?

I think there's two things. One is certainly the conventional wisdom, which is that he really did think that the chances that Netanhyahu would be his opponent would be smaller if he were to resign. But I think another reason behind his resignation was that when he thought about the window of opportunity to try to clinch a peace deal, which he needs very much in order to be able to go to the polls, he may have realized the following: that if the deal is going to happen through American mediation, it's got to happen on Clinton's clock.

A new president, whoever that is, is not likely, at least within the first few months of his administration, is not likely to play the kind of role and take the kind of risk that Bill Clinton is likely to take. Therefore, the safe conclusion for Barak is that, to the extent that he has a window of opportunity, it is literally within the next five weeks. So he is better off creating a sense of urgency on the diplomatic arena than to give the illusion that the parties could wait until May, when in fact the window will close after Clinton leaves office. So I read in it that he's actually serious about trying one more time to reach a deal.

But is that a pie-in-the-sky idea? Does he have a real possibility at this point of making a deal?

As a political scientist, if I had to look at the odds I would give it no better than a 20 or 25 percent possibility. I do think, however, that it remains his best shot. Twenty-five percent is better than nothing. At the moment I think there is little chance for him to win the Israeli election, even against Ariel Sharon, if he does not put up a peace alternative to the current violence.

One reason is he needs at least the support of 80 to 90 percent of the Arab voters in Israel, who constitute 16 percent of the electorate. Last time, 95 percent of them voted for him, and this time, because of the escalation with the Palestinians and because of the police confrontations within Israel, there is significant resentment among Israeli Arabs in Israel. In this environment, there is little chance he will get even a majority among them. But a deal would change all that overnight.

What do you see as Netanyahu's prospects for becoming a candidate?

He has a small, poor chance of changing the law because of the time that it usually takes to get three readings in the Knesset [which is the standard procedure for enacting laws]. However, he does have some chance of having the parliament agree to dissolution, which would give him a chance to run [as both a Knesset representative and prime minister concurrently]. Then the election would still be within 60 days. That's possible, but not likely.

But if Barak wins with the same parliament, will he be any more able to set up a majority government?

I think that's a lot of the criticism in Israel: What will he have achieved? But my interpretation is very different. I think he is using the timetable in order to accelerate what he needs most, which is a diplomatic breakthrough, and I think everything will change if that is there.

Would it be politically possible for Arafat to make a deal within this time frame?

He could. A lot of people say, well, Barak can't give him any more than he gave at Camp David, and that Arafat needs more. But since Camp David the positions have actually moved closer toward each other on a number of issues. One of which is that Israel has been signaling that it is more open to the idea that in exchange for territories it would keep on the West Bank, the Palestinians would get comparable size territory around Gaza from pre-1967 Israel. Lots of interlocutors were sending those kinds of signals. And on Jerusalem, the proposals that have been floated since Camp David have been much more conciliatory than those floated at Camp David, so there's actually more room for movement than people think.

What kind of proposals?

The only offer at Camp David is that the Palestinians would have control over the mosques but explicitly under Israeli sovereignty, and only Israeli sovereignty. Since Camp David, there have been proposals that have gotten the support of some Israelis that have, for example, called for dual sovereignty over the property, or divine sovereignty [a symbolic understanding that while it belongs to God, both sides agree to share it as a practical matter].

I don't actually think divine sovereignty is a good idea, but there was an openness. There were even ideas put on the table for international sovereignty. All of these ideas were floated after Camp David but before the violence. Those were probably not enough for Arafat then, and they are certainly not enough for him now. So the real question is, Where's the give for Israel? Where's the give for the Palestinians? I happen to think the Israelis need more Palestinian concessions on the refugee issue, and the Palestinians need more Israeli concessions on the Jerusalem issue.

And what if Sharon or Netanyahu becomes prime minister?

In the short term, there will almost certainly be an escalation of the violence, both because the Palestinians are not about to stop their uprising, and because Sharon will have to show he's tougher than Barak. There will probably be increasing sympathy for the Palestinians, both international and American sympathy, because of Sharon's reputation. But even if Barak wins and doesn't have an agreement shortly thereafter, an escalation is inevitable.