Al Gore's spokesman has come to grips with the election's outcome. Now let him help you do the same. 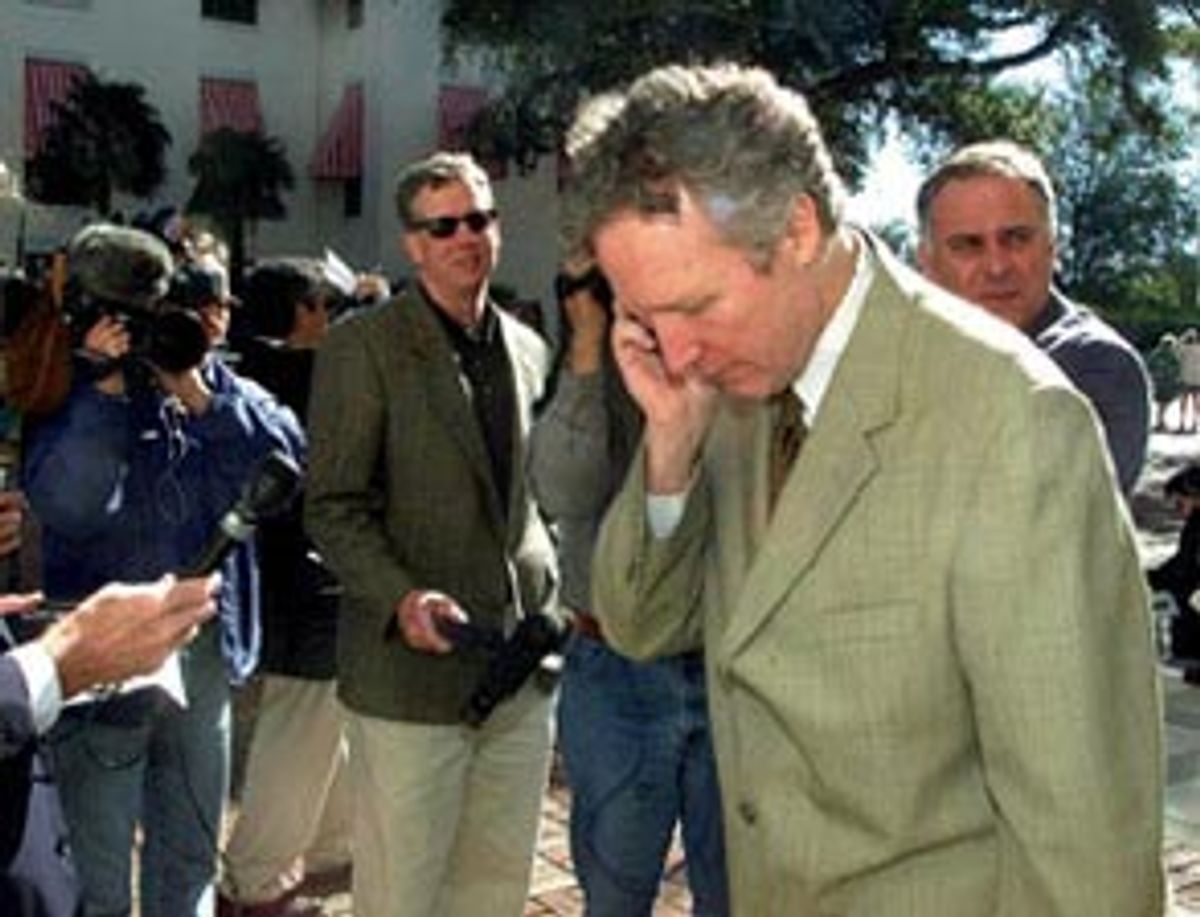 Bleakness settled over me the day after our guy's concession, when I found myself in a dismal motel room near the Tennessee-Virginia border. Early that morning, I had flown from Jacksonville, Fla., to Nashville to retrieve the car that I'd left at the airport five weeks earlier. Drained as I was after the campaign and the recount, I set out on the 12-hour drive to Washington. I was determined to keep moving forward. The wheels of my car were frozen to the pavement, but the engine turned over on the first try. The ice released its grip with a loud crunch, and my journey to healing was underway. As I drove, a well-meaning reporter called on my campaign cellphone to offer his "condolences." I turned that cellphone off.

The presidential campaign has finally ended, but my cellphones are still ringing. For the past 18 months, mostly journalists called me, looking for information. Now my colleagues are calling, seeking solace. Some worked with me at Gore/Lieberman headquarters in Nashville. Some toiled in far-flung field offices. Others lived inside the "bubble" with the candidate, travelling nonstop for more than a year. Most are now slogging through the stages of the grieving process -- shock, denial, sadness and anger -- slouching toward acceptance.

My friends, I have completed the journey. It was a torturous road, but I traveled it briskly. As a mark of my progress, I can report that I am now reading the front pages without wincing and watching the evening news without shouting at the television. I am here to tell the tale and share the lessons learned. Consider it my contribution to the national healing process.

Before making it all the way back to Washington, my journey was sidetracked at that lonely motel, one of those fleabag places where you check under the mattress for scattering critters. The 18-wheelers roaring past the window shook plaster from the ceiling. I dropped my suitcase on the bed and kicked up a cloud of white dust.

At this sensitive time, I made the mistake of turning on the television. MSNBC showed pictures of a smiling vice president-elect receiving the cardkey to the transition office. A glimmering, armor-plated limousine was being delivered to the home of the president-elect. That's when I passed from denial. The realization finally hit me: It is finished. The bubble has burst, and we can't get back in it.

It was a long night at the Heartbreak Hotel. Fortunately, exhaustion proved more powerful than despair. I slept 12 hours. Morning broke cold and gray, but I was saved from depression by the transcendent power of art. As I stood in the shower, watching the tepid water mix with the ubiquitous white dust to create plaster casts of my toes, a song sprang to mind from Monty Python's "Life of Brian": "Look on the bright side of life."

That's exactly what I decided to do, as soon as I realized I was out of shaving cream and clean clothes. Looking on the bright side, I was cheered by the fact that I would not be making any television appearances that day.

"Look on the bright side" has been my mantra ever since. Not that it's always easy, like when Bush picks the ultraconservative John Ashcroft to head the Justice Department. So for those having a difficult time, here are a few examples that I've come up with for myself:

Doug Hattaway was a spokesman for Vice President Al Gore during his presidential campaign.