The U.S. government has made it official: Santa doesn't exist. 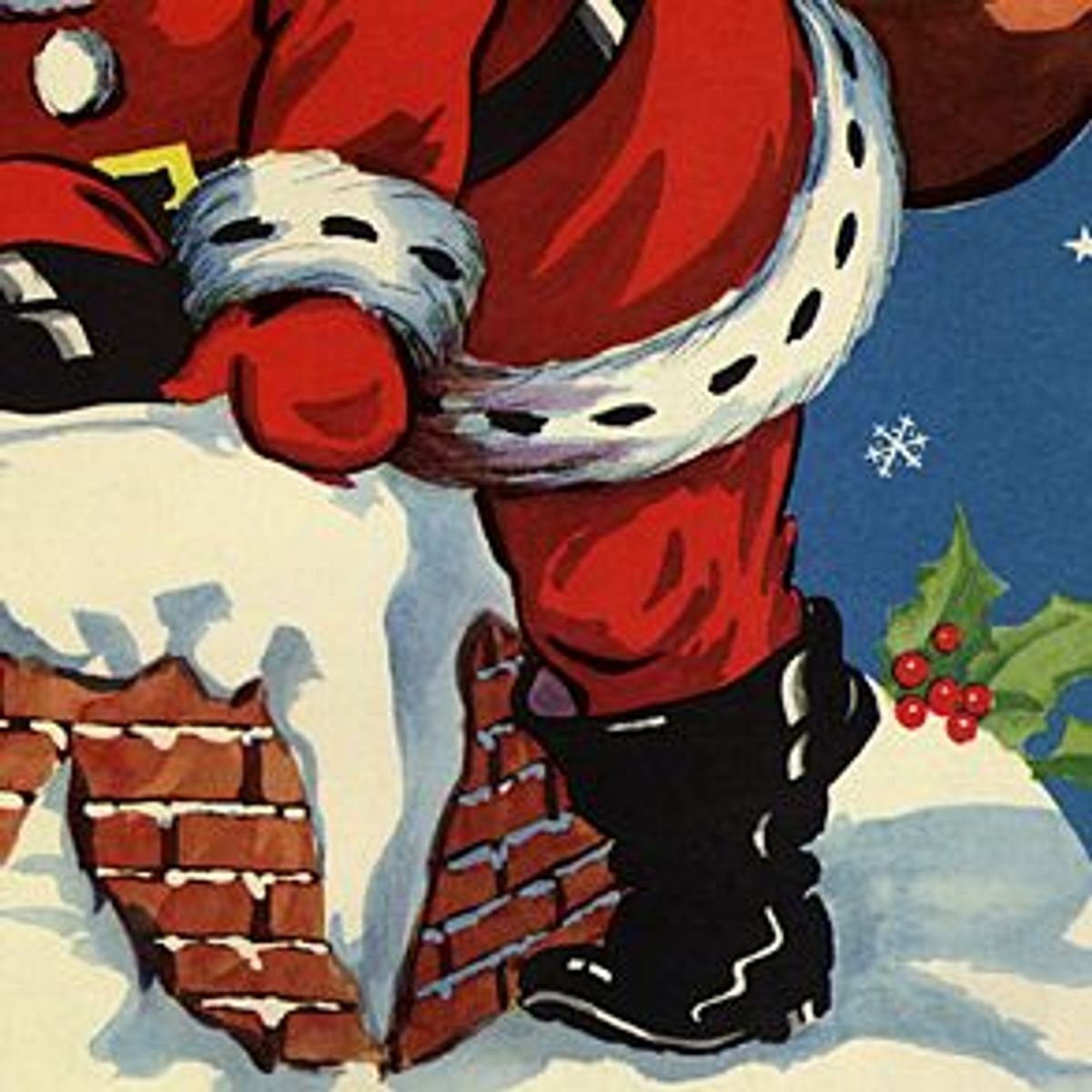 No, Virginia, there is not a Santa Claus.

But don't take it from a Scrooge like me. Take it from the U.S. government, which recently admitted -- openly and for the record -- that the big man in the red suit is just a figment of our imagination, a mere myth created to sell merchandise in the weeks between Thanksgiving and Dec. 25.

Here's the back story:

Earlier this year, a British company called Father Christmas applied to the U.S. Patent and Trademark Office to secure trademark rights to the name "Santa Claus" for its online department store, Santa-Claus.com.

There's nothing particularly unusual about such requests. In the past, the patent office has approved holiday-themed trademarks such as "Santa's Elf" clothing, "St. Nick's" beer, "Santa Claws" apparel and "Merry Christmas" tree ornaments. Someone even trademarked "a red-tipped nose on any fanciful deer-like animal." Damn lawyers.

But by law, whenever a company attempts to trademark a name of a person, the government must ask for written proof that the person consents to having his name trademarked. In other words, if I want to set up a company called "Michael Jordan Sweat Socks," I need to demonstrate that Michael Jordan consents to letting me use his name to sell socks (even though we all know that he does).

"Unless it's someone known to be dead, like Napoleon, the government requires consent," said trademark attorney Andrew Goldstein.

But when Father Christmas applied to trademark "Santa Claus," the U.S. government did not request consent from the man some know as Kris Kringle. In other words, the government has finally put into the public record what Jews, Muslims, Buddhists, Hindus, Zoroastrians, atheists, cynics and UPS workers have known all along: There is no Santa Claus.

"We do not believe Santa Claus is a living person, no," said Brigid Quinn, a spokeswoman for the Patent and Trademark Office. Quinn admitted that the government's sudden decision to invalidate the beliefs of millions of Americans (including some children, too) would "sadden" many people.

"When I was 6, my brother told me there was no Santa Claus," Quinn said. "I was upset."

The opposite of upset is Stephen Bottomley, the British entrepreneur who stole the "Santa Claus" trademark right out from under America's nose -- a victory that the British papers naturally hailed. ("Brit Nets Santa From Americans," cheered the Mirror.)

"It's a fantastic [trade] mark to have," Bottomley said. "I can't believe no one in America had thought of this."

Trademark lawyers ridicule the notion of trademarking Santa. For one thing, generic terms such as "Big Burger" or "Super Absorbent" are ultimately meaningless as trademarks unless they're used for specific purposes (sort of like Apple's trademarking of the term "Macintosh" years back).

But lawyers can do anything they want. A few years back, a greeting card manufacturer got a cease-and-desist letter from the owners of the "red-tipped nose on any fanciful deer-like animal" trademark. The trademark owners objected to something on one of the company's holiday cards: a fanciful, deerlike animal that resembled a character often called "Rudolph, the Red-Nosed Reindeer."

"We could've fought it," said Goldstein, who represented the card company. "You can't trademark images of a red-nosed reindeer or Santa Claus. They're part of the public domain."

Bottomley could face the same argument if anyone ever challenges him in court.

"You can't use federal trademarking to divest people of rights they've enjoyed for years," added lawyer Mitchell Stabbe. "I don't want to sound like a Grinch, but this won't hold up."

Grinch? Did you say "Grinch"?

"I know, I know, 'Grinch' is trademarked," Stabbe sighed.