The boys on the (rock 'n' roll tour) bus and an imprisoned but defiant Marquis de Sade lit up screens in 2000. 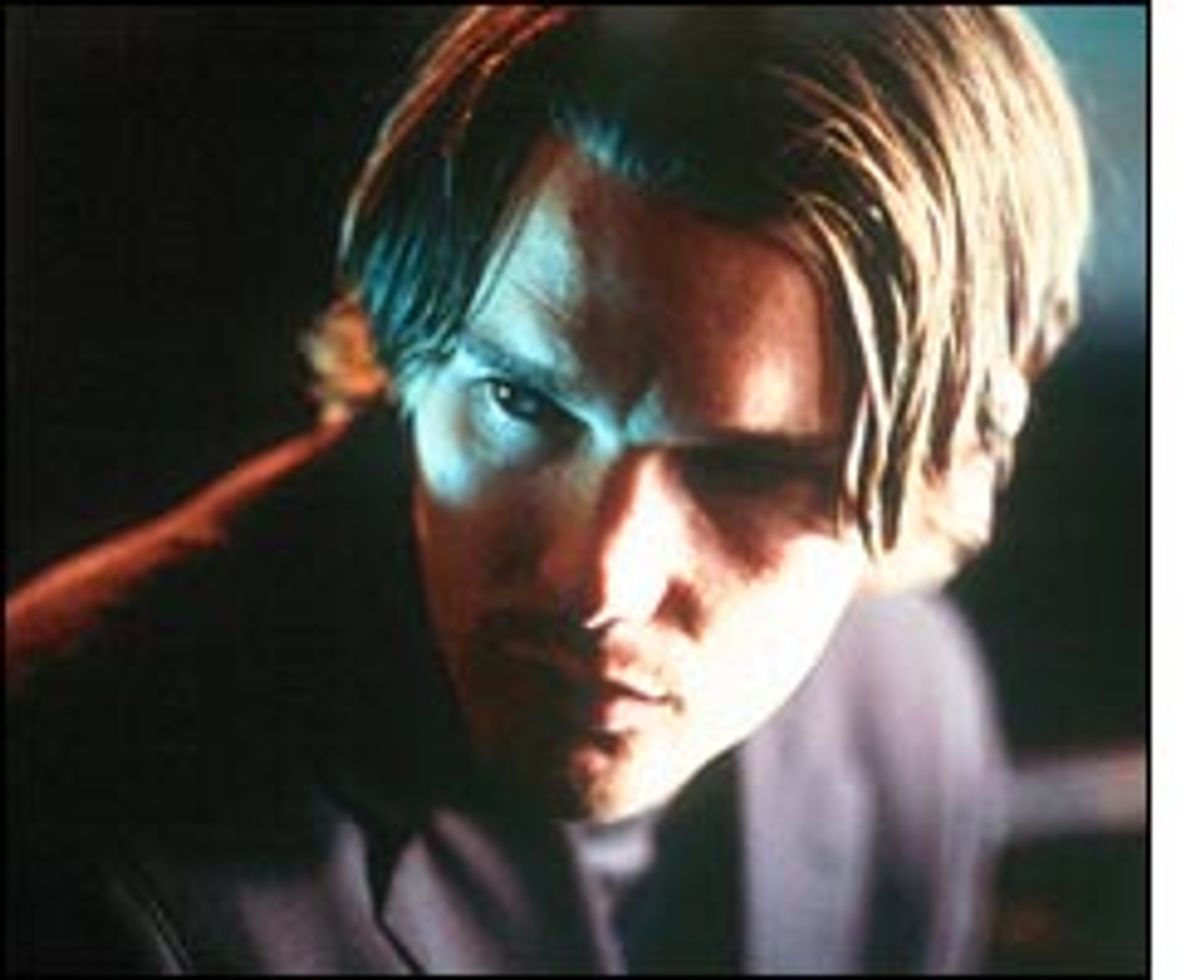 1) "Hamlet" Michael Almereyda's darkly glittering and deeply affecting adaptation is as much a tone poem in honor of "Hamlet" as it is a raw interpretation of it. Almereyda enlists visuals in the service of Shakespeare's language, not at the expense of it. The movie's bleak and gorgeous cityscapes and workaday technological tools (all shot brilliantly by John de Borman) underscore the timelessness of the play, making a new home for it at the beginning of the 21st century. And the performances, from a uniformly stellar cast including Diane Venora, Bill Murray, Liev Schreiber, Ethan Hawke, Julia Stiles and Kyle MacLachlan, work beautifully with the picture's overall look and vibe. Even without Almereyda, Shakespeare would be in no danger of dying. But he's lucky to have an interpreter with so much vitality and imagination.

3) "Quills" Philip Kaufman uses the last days of the Marquis de Sade to spin an allegory about the unpredictable and sometimes dangerous pleasures of art. By turns tricky, delectably naughty and horrifying, "Quills" milks maximum entertainment value out of madness, mayhem and perversion, and scrawls one loud, brash message on the wall: Art's grandest purpose isn't just to enrich the world -- sometimes it has to enrage it as well.

4) "Yi Yi" Edward Yang's three-hour anti-epic, encompassing the intertwining stories of one Taiwanese family, is as intimate as a movie can get. So intimate that it should have been boring -- and yet it vibrates with so much delicate energy that it carries you through. When it finally drops you off, with the slight bump of a butterfly's landing, you marvel at where you've been.

5) "The Virgin Suicides" If you understand why Dave Edmunds just wanted to hear girls talk, then you'll get Sofia Coppola's creamy adaptation of Jeffrey Eugenides' novel immediately. Coppola knows just what to do with this story of males' nostalgia for the girls of their youth: Drape it in moonbeams and dreamy languor, and give it a score by French pop group Air. Coppola evokes '70s teenagehood with magical accuracy in the way she captures the forlorn hope of a high school dance or the way groups of boys and girls communicate by spinning their favorite record albums for one another. More than that, though, she understands how easy it is to fall hopelessly in love with a youthful ideal only to be undone by it. And still, if we had it to do over again, we'd hop on that amusement-park ride again and again.

6) "Set Me Free" French-Canadian director Lea Pool forges a sturdy and poetic semiautobiographical story about a young girl, circa 1963, who becomes entranced with Anna Karina's character, the prostitute Nana, in Jean-Luc Godard's "Vivre Sa Vie" and sets out to build her own adult life, suddenly having an idea of the kind of woman she wants to be. "Set Me Free" is a love letter to the way movies shape us, even before we're allegedly old enough to understand them.

7) "O Brother, Where Art Thou?" The Coen brothers mine the mood and images of heartland '30s nostalgia and turn them into a sepia-toned frolic. The movie has its share of the Coens' characteristic one-eyed jokes, but what makes it sing is that it's undeniably heartfelt, not smirky. The true test is that the Coens understand the transcendence of the Stanley Brothers' "Angel Band."

8) "Jesus' Son" Alison Maclean's adaptation of a Denis Johnson story collection isn't your typical junkie-drifter drivel. The fact that it's so adamantly not depressing, even as it stares straight into the bloody maw of realism, is what makes it so believable. Billy Crudup is Fuckhead, a guy who just can't hold it together; Samantha Morton is his girl Michelle, a zonked-out angel who slips suddenly both into and out of his life. When Fuckhead loses Michelle, Crudup makes you believe he doesn't even care. By the movie's end, you find out just how much he did, and it makes all the difference.

9) "The Original Kings of Comedy" Spike Lee's bare-bones concert movie, shot on digital video, captures the performances of four African-American comics (Steve Harvey, Bernie Mac, Cedric the Entertainer and D.L. Hughley), and it's pure energy under house arrest, like fireflies in a bottle. "Kings of Comedy" is rough, mean, dirty, hilarious, transcendent, immediate and vital -- and Harvey's from-the-gut elegy for old-school R&B may be the best piece of pop-music criticism this year.

10) "Love and Sex" Writer-director Valerie Breiman's romantic comedy stuck as one of my favorites for the way it points to a new (I hope) direction for the genre. "Love and Sex" captures the oddball rhythms of a relationship, the way even a good one can zigzag treacherously out of optimistic waters. It's refreshingly modern, realistic without being dishwater. And, yes, funny.