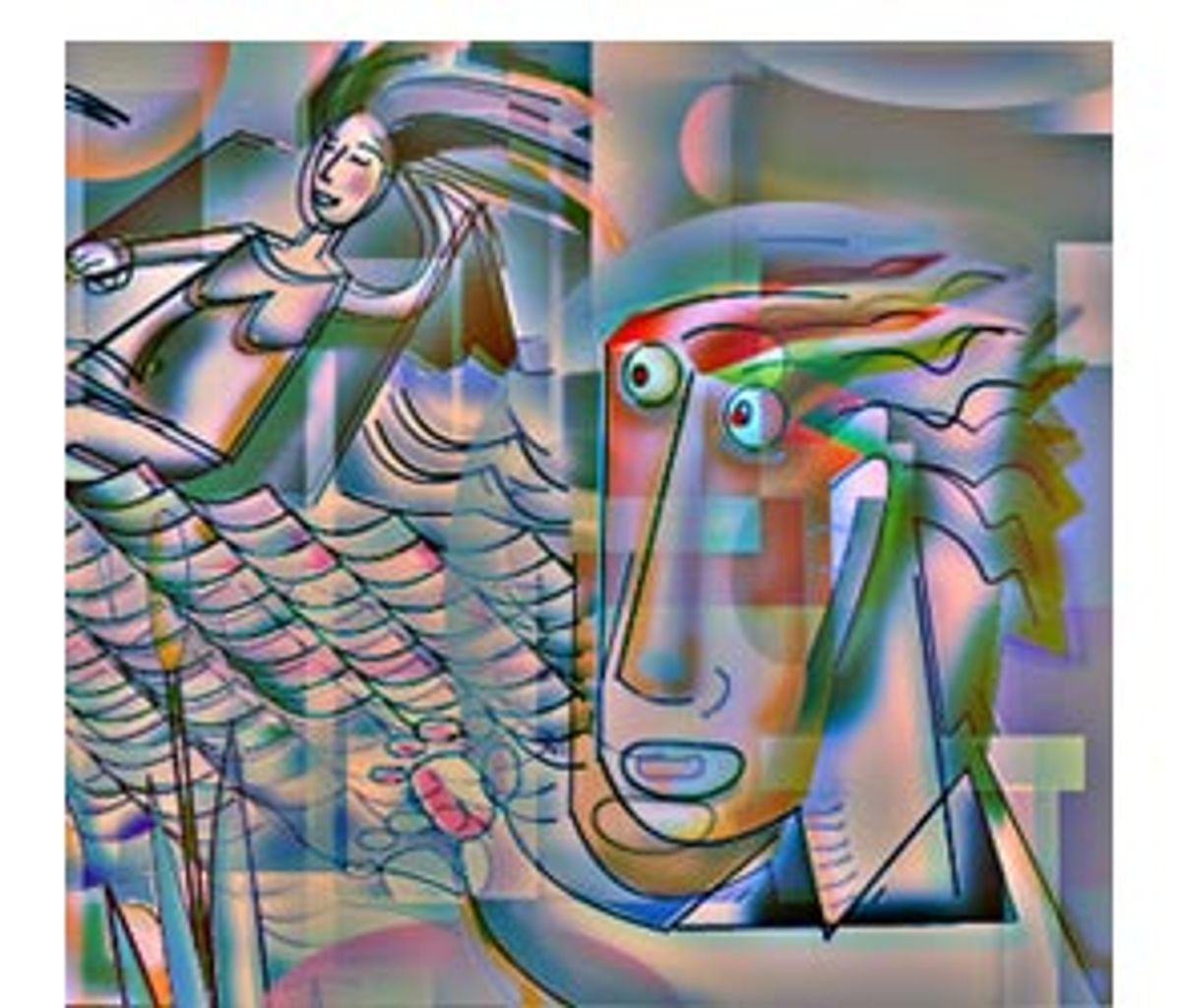 I was out roaming, late on Christmas Day, in what seemed like empty, forsaken country. I was near an estuary, the land was reedy and marshy, and whereas the low sun was setting full in my face, a breeze going in the opposite direction was enough to erase my clatter in the thick grasses. So it was that I came around the corner of what felt like a forgotten, sunken building, and found myself only a few steps from this young woman, spread-eagled like a moth on the warm wall, luxuriating in the last sun of the day. She was tall, she had long hair whipped by the wind and a close-fitting black dress was drawn tight across her abdomen.

But it was more than just that accenting. As I appeared she seemed caught in some ultimate stage of abandonment or summoning. I saw it, actually saw the meager weight or air of her stomach slip down into her womb, so that there was a sense of enlargement there, a rounded jutting out, that was startling and erotic. However, as she appreciated my presence -- and she had been off in a world of her own, as I had been in mine -- she drew herself erect and into a more proper form. Her angry gaze tried to deny I had seen what I had seen, but I could never have imagined that convulsive inner motion.

"Do that again," I said, for there was an unaccountable suspension or intimacy between us for a moment.

"Lower yourself, into your womb."

She laughed at me as if I were mad.

"Do it and I'll photograph you."

"You don't have a camera," she pointed out. She was suddenly sure of her command. "And you wouldn't know what to do with one."

We were caught, the two of us, in the warm sun and the web of possibility.

"Well," I said, "show me, at least, show me the whole thing, and I'll go away and write about what I saw and you'll be immortal."

She was stirred, I felt -- as if I had found her gold.

"Immortal?" she asked, in a superstitious voice.

"The world will always know you as someone seen here, on Christmas Day, mysteriously engaged in some ineffable pleasure."

"You could describe all that?" she asked in a teasing way.

"Oh, I could," I promised her. And I believed I could.

"Well, what are you doing then, trudging these empty places on a Christmas Day if you're bloody Charles Dickens?"

She looked across the ruffled water. "Sun's nearly gone."

And then and there, she leaned back, and the slippage coursed through her, like a small eel that dropped from her body to her sex and nestled there. Or like a passion. Then she stood up, told me "You promised" and was off over the sedge in strides I could not dream of matching.